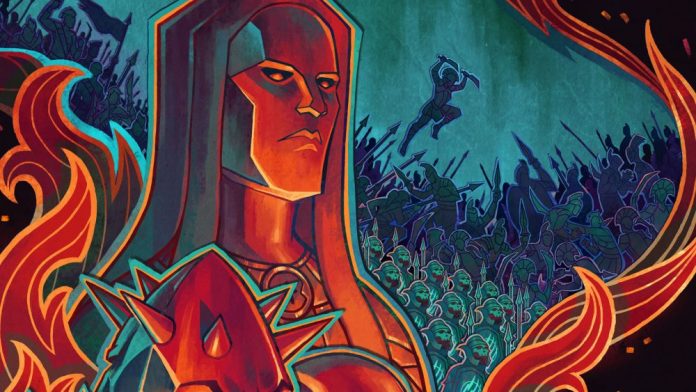 In a world where the bad guys have already risen up and (almost) taken over the world, what would you do? Would you give in to the order of this new chaos and join one of the Overlord Kyros’ many legions? Try to create a legion of your own? Or would you try and work for good – even if you’ve already lost?

The latest RPG from Obsidian Entertainment gives you this choice. Not just in the usual RPG way either; Tyranny, compared to its contemporaries, is a shorter, more complex and oftentimes more choice-driven experience. At around 25 hours long, you would be forgiven for thinking that Obsidian have created something shorter than usual. But Tyranny’s length is one of its greatest assets; helping elevate its strengths and soften its shortcomings.

If you’ve played Obsidian’s previous Pillars of Eternity – or even, any cRPG – you should know to expect lots and lots of reading. The few spots of voice-acting here are saved for only the most major characters during the most important moments. Whereas Pillars of Eternity suffered from a major problem of dumping swathes of lore and story onto the player immediately, Tyranny has a rather brilliant solution with the Conquest mode.

Taken as part of character creation, Conquest allows players to learn and forge a place in the Tiers before beginning their own story. Almost like a Choose Your Own Adventure game, you take part in the early stages of Kyros’ invasion of the Tiers. I decided how we would wrestle control of the country’s capital. I commanded a small trading village, deciding which faction would reap the rewards of its iron deposits. And in true Tyranny fashion, I burned a city to the ground with an edict from Kyros. The game hadn’t even begun yet. 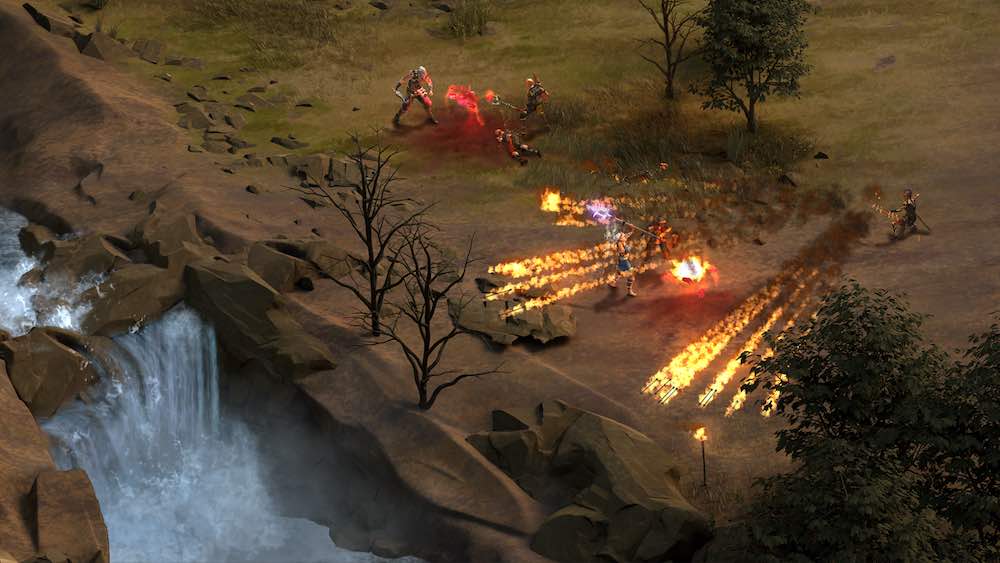 I could’ve chosen to do things completely differently, or not at all. But this is an RPG and choices stick. Throughout the rest of my adventure, many people and places knew me as the “Firestarter”. I won’t deny; I used it to my advantage a few times. Conquest introduces you and your character to the world, giving depth before it has even begun, and, most importantly, teaches you of its factions, people and backstories without overwhelming you.

It’s a good thing too, as the world Obsidian have created here is wonderful… well, wonderfully awful. It’s a world where, for most, living isn’t much more than surviving. The people cling onto whomever or whatever gives them some semblance of hope – no matter how evil their true intentions are. You, as a Fatebinder, have been sent to stir the Disfavoured and the Scarlet Chorus into action against the last bastion of rebellion in the Tiers. The Disfavoured crave leadership, order and despise outsiders. The Scarlet Chorus, led by the The Voices of Nerat, are about as downright villainous as you’ll meet; slavery, pillaging and pure force of numbers is how they survive.

I only point out the Chorus’ villainy as Tyranny does evil remarkably well. Rarely, if ever, does the evil feel contrived. People don’t make evil decisions for the sake of being evil; they do because they have been forced to, whether by circumstance, influence or fear. One of my possible companions was Verse, a member of the Scarlet Chorus. She believed fighting was an art form, that battle was a thing to be enjoyed and even admired. Talking to her, I found out what happened when she was young, what caused her parents’ death and why she joined the Chorus. I never fully understood why Verse was the way she was, maybe I would have found out if we stuck together, but honestly, she scared me – and I needed a healer.

Tyranny is a game of choice, which Obsidian have focused on giving the player. There are four major different ways you can play through the game. But it’s also a game of combat. Like Pillars of Eternity, Tyranny‘s combat is based around tactical play with you and up to four companions. You can pause at any time, issuing orders, lining up spells and offering support. And unlike most games, difficulty affects how you play.

On higher difficulties, not only will enemies do more damage but their AI will improve; healing and positioning more and focusing on your mages and support characters. This leads to more micromanaging, strategy and tactics – all well and good if combat didn’t become so damned repetitive. Throughout my near 30 hours of gametime, I fought three different enemy types. Mostly human. Melee enemies and ranged enemies offer little in the way of differentiation. Even the other races, Beastmen and Bane, play much the same as human enemies just with higher physical or magical resistances respectively. 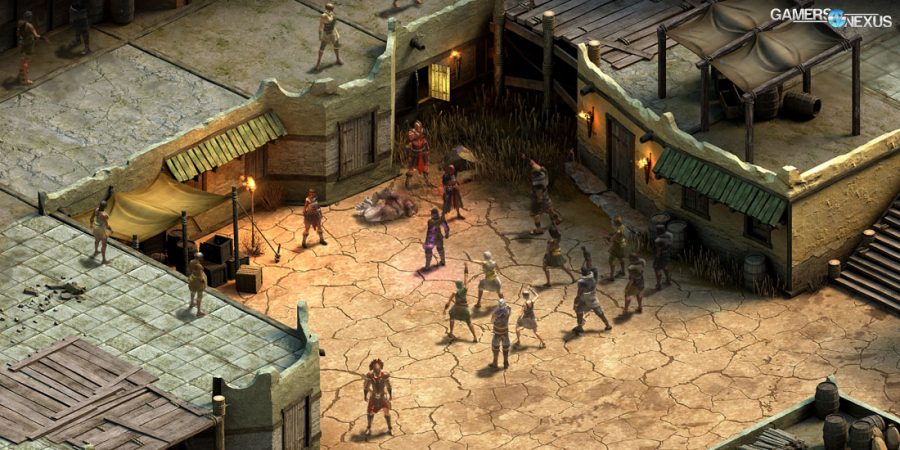 And there’s often areas where you can’t take more than few steps without waltzing headstrong into another bunch of enemies. Fighting whats seems like wave after wave of generic enemies on higher difficulties just feels like a slog of micromanagement. Turning the difficulty down makes combat mindless as your party’s combat AI does all the work for you. Combat occurs way too often and has too little variety to make it enjoyable for any prolonged amount of time.

It’s a shame, as during the odd skirmish and fight with tougher characters, combat can be very compelling. Each and every one of your party characters plays differently – with each having two distinctly seperate skill trees to level up through – and there are many unique abilities here. One of the best features is Tyranny’s spell-creation. As you make your way through the Tiers you gather sigil runes which can be combined to form a great number of spells. You form the spell through deciding what it is, how it is cast and, depending on your characters proficiency in lore, can add numerous extra effects on top.

There are other problems, however. For instance, the vast majority of the loot you find is just plain boring. Like combat, there are just too many mundane and uninteresting pieces that swallow out the unique and fun. Your stash quickly becomes filled with an ungodly amount of potions, consumables, armour and weapons that, along with the lack of any real sorting or trash system, create a clogged inventory system. The ending of the game also creeps up incredibly suddenly – unfortunately leaving the game very obivously open to either DLC or a sequel.

Tyranny’s length does however mean the credits will roll before the combat becomes too wearying and that the choices you have made are actually important. I never felt as if there was a choice that the game should allow me to do as is so often the case in RPGs; instead, I had genuinely affected the world. I had risen to massive power with perfect pace; I had saved villages and towns from dreadful fates while damning others and I had destroyed entire factions that I could have played through as part of. Tyranny may have its issues and it may be shorter than other RPGs but it often means that, in the end, it comes together as a greater and more concise experience.

Tyranny is available on PC.

Solasta: Crown of the Magister Launches This Month, and CRPG Fans Are in For a Treat