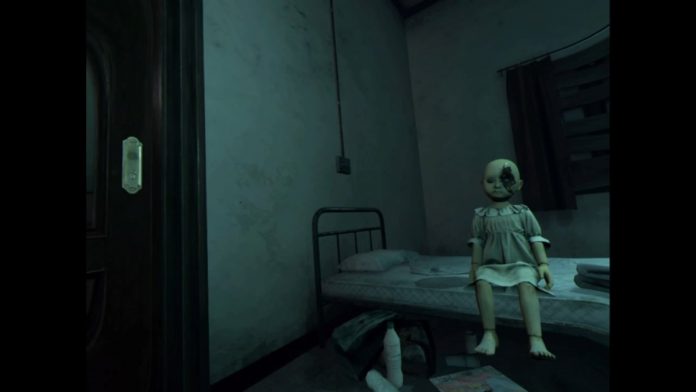 Virtual reality is, for many, the most suitable home for horror games.

Because of that, a slew of early VR titles happen to be horror/thriller type games. Weeping Doll is another of the growing pool of similar titles: explore a mansion and uncover the mysteries of what happened to this family. The game won’t last long, or puzzle you much, and unfortunately that’s not the worst of it. Shoddy dialogue, confusing timelines/set pieces, and few scares make this title somewhat laughable. It may feel unsettling at times, but you may just be a bit bored.

Fear of the unknown is a powerful feeling to unlock in people. When done properly, it can create the most tense and horrifying experiences. Unfortunately, Weeping Doll has a lot of unknowns that aren’t based on fear, but on interest, plot, and logic. You play as a maid (or servant of some kind) and must unravel the strange things happening to the family, mainly the little girl. You’ll explore the house, solve puzzles, pick things up, and listen. Lots of listening. While mechanically the game is quite sound, there isn’t much density to it. The voice acting falters, the story is empty, and the horror in the game doesn’t have a lasting impact, if there’s really any at all.

The family you work for has two daughters. One is heralded as beautiful and perfect; the other is scolded, punished, and cursed with a mark on her face. This divide between perfect and imperfect apparently drives the mother and father to drastic measures of insulting and imprisoning their youngest daughter. What is essentially a birthmark ruins this poor child’s life. She is given a doll with a matching mark, which quickly becomes her only friend. But, of course, there is something afoot within the family and you must discover what is causing their problems. The mansion is styled like a Victorian wonder, but the rooms look and are decorated like traditional Asian rooms. There is disparity in the setting, which disconnects you a bit from what is happening.

What you can actually do in Weeping Doll is quite limited. Movement is crafted in such a way that really makes it easy on the player. You move a ‘ghost’ of yourself with the analog stick, and then teleport there, basically eliminating motion sickness. Apart from that, you can pick up objects with both hands, combine some objects, open doors, and solve puzzles. The puzzles are nothing complicated, and just a few minutes of critical thinking can lead you onward. The atmosphere of the world is slightly unnerving, and anyone who hates faint childish laughter should shy away. However, apart from that, you’ll never really be frightened, which is a bummer, because there is potential here for some really creepy stuff to happen. But the empty story that is devoid of backstory, voice acting is poor, and the desire to push forward isn’t quite there. 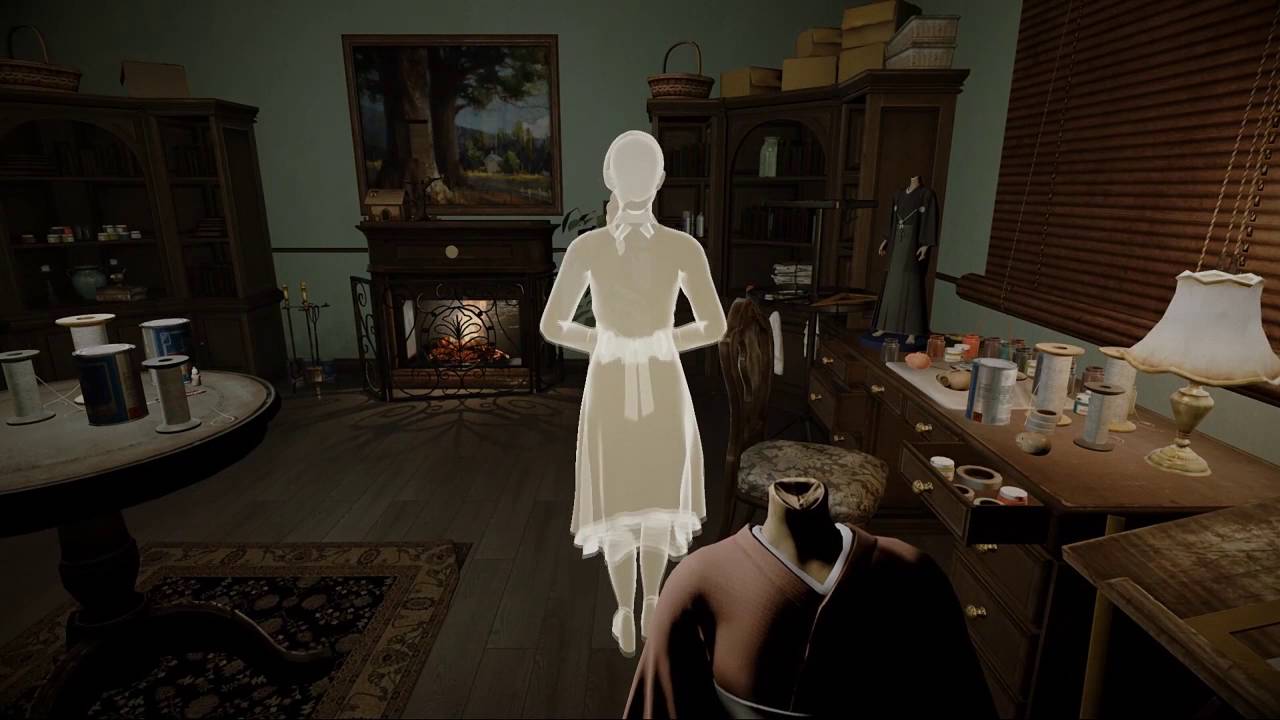 One of the strangest things about Weeping Doll is that it doesn’t really tell you it’s over. You kind of just have to… figure it out? It’s strange and I spent a good five or ten minutes trying to figure out what to do next before I realised it. Afterwards, I removed the VR headset, and just sat there. I wished, deeply, that I was shaking, nervous, or unsettled. But the game had me laughing a few times, and that erased all fear I initially had. Atmospherically, Weeping Doll succeeds, but everything around that crumbles. VR can completely reinvigorate horror, but this did not take a leap forward. Granted, VR is still a baby, but I hope games start to be a little more fleshed out, because this is another one that feels like a demo more than anything.

Weeping Doll is a brief preview of what horror is capable of, if given time. However, it does not stand on its own as anything noteworthy. While motion sickness won’t be a concern, keeping your interest will be. The confusing set pieces, empty story, and rough dialogue will distract you from enjoying the experience. Unfortunately, Weeping Doll does better at scaring you away than it does at pulling you in. Some might find it a bit unsettling and atmospheric, but that won’t make it any better to play, necessarily. It seems we’ll still have to wait for the exceptional horror VR title… maybe that one Resident Evil 7 game will do the trick.

Weeping Doll is available on PlayStation 4.