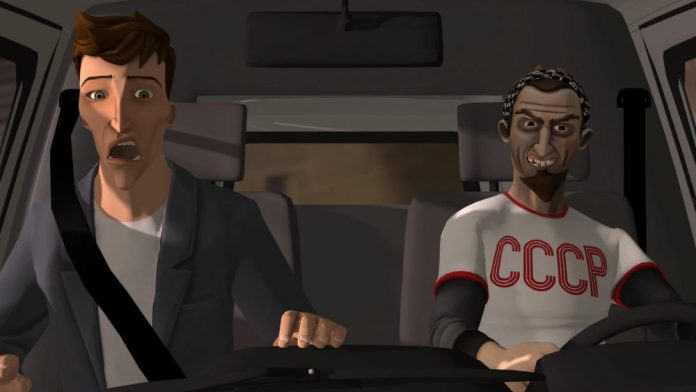 Yesterday Origins delves you deep into a story of great lore and even greater charm; a point and click adventure that delivers on its promise to be truly engrossing and extremely loveable. It takes you on an epic adventure from modern day France to the days of the Spanish Inquisition. Who would expect all this? Certainly I didn’t!

Yesterday Origins starts off with a prologue that shows you as the local duke’s son from a Spanish village in the medieval era. You have been accused of being the devil’s son on the basis of being able to speak more than one language and being ambidextrous. Tough deal. You must escape your cell. From here on, you’re set into motion and it’s up to you to get out, using the obvious point and click conventions. You find items, examine them and combine them using them with your environment in order to progress.

You don’t go off the beaten track, at least in terms of mechanics, in Yesterday Origins. If you have played any fairly modern point and click adventure game, then you already know roughly what to do. Obviously, this doesn’t make it easier – well it didn’t for a simpleton for myself.  For such simple mechanics, Yesterday Origins manages to deliver that bit of extra care that made it more an immersive experience. Firstly, you can switch between playable charcters after the prologue. Not only does this spice the game up but it also delivers extra challenge to some puzzles that the game exploits well.

The examination of objects goes into greater detail than most games, making you really think about what you are doing. It stops you from just going to each hotspot and quick-firing all your items to see what works. Instead, you have to select what part of the scenery you are focusing on. You could do this for every sub-hotspot, and I certainly did, but the ingenious part was that Yesterday Origins asks you to select reasons why you are performing these actions. These reasons work very similar to items in that you select them with a location. It also stops the character doing actions in blind faith. Your available reasonings are generated by examining the immediate environment and talking to other characters. It really stood out to me as a feature that really elevated the game above other games of its genre. 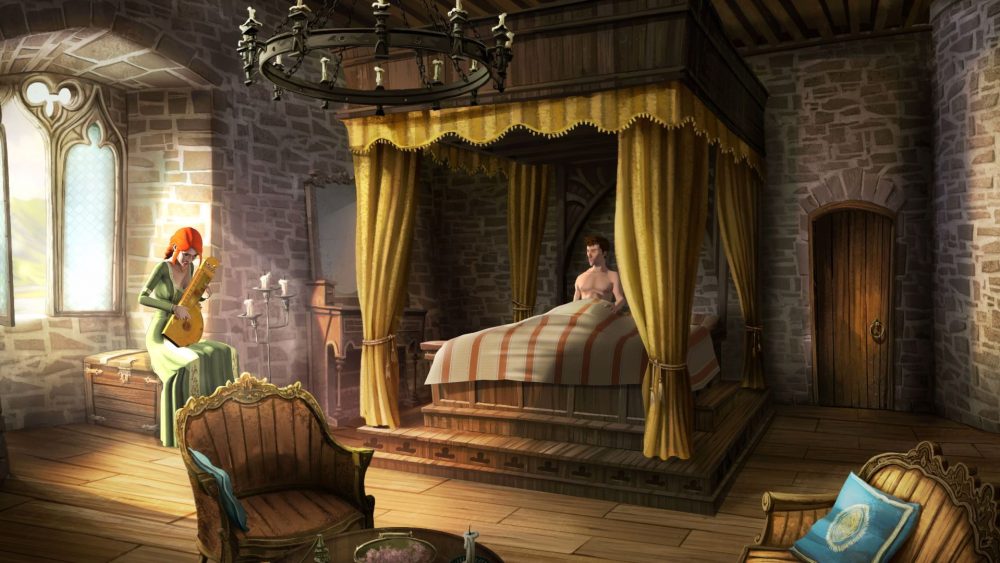 The plot also is a good one, and it needs to be in a game of its type. Despite going from the Spanish Inquisition and back to present day, Yesterday Origins manages to deliver a grounded yet expansive adventure. It continued to surprise me from start to finish and has relatively interesting characters that are written extremely well.

It isn’t just good dialogue (if a bit cheesy in places) that makes the game, but the little things. The fact you can switch between players on the fly allows you to see things from a genuinely different point of view. When John, the main protagonist, and his partner Pauline look at an antique African decorative mask you learn of a classic heart-warming misunderstanding.  John mentions how Pauline bought it for him for a birthday and so he pretends he likes it, yet Pauline mentions how John had thought it was a present and she didn’t have the heart to tell him it wasn’t for him because he liked it so much. That little detail is an example of how much charm and character has been put into bringing Yesterday Origins and its characters to life.

However, the most charming part of this game has to be the 3D models. They aren’t necessarily the best technically, but they give you a great deal of character. Everything feels like it is a well-polished late 90’s FMV, and I mean this as a positive. Perhaps it’s nostalgia talking, but I think it’s a underused aesthetic that is pulled off well. The only thing I didn’t particularly like was modern day John’s excessively pointed chin. Especially next to the other characters who seem a bit more reigned in in terms of quirks.

Overall, Yesterday Origins is simply charming, and the developers have shown a real understanding of how to make a point and click game stand out in its genre. It manages to deliver an interesting plot while giving you a whimsical adventure using the simplest of tools. This is the point and click genre developing in the most intriguing of ways, without losing the magic that makes us love them in the first place. Without a doubt, Yesterday Origins is a must-play for any fan of the genre – and a good starting point for those less acquainted with classic adventure titles.

Yesterday Origins is available on PC, PS4 and Xbox One. We reviewed the Xbox One version.