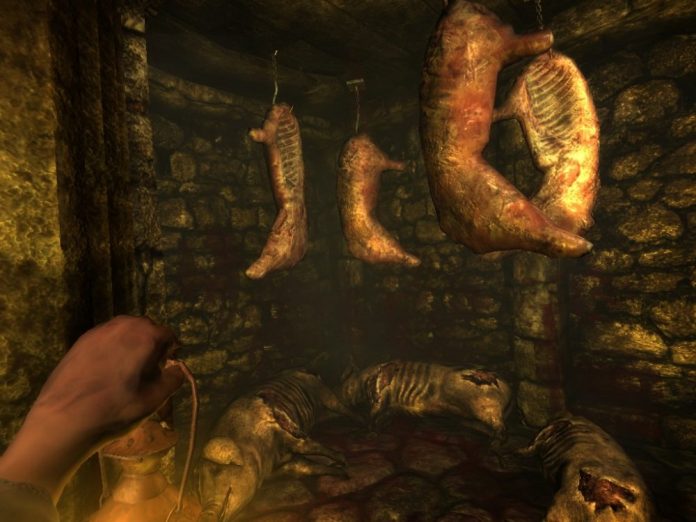 Before Hideo Kojima’s P.T. scared us beyond belief and VR headsets immersed us in horrific experiences that nearly make us soil our undergarments, Frictional Games’ Amnesia: The Dark Descent was considered by many as the pinnacle of the horror genre.

Only available for PC and Mac gamers however, console owners never got to experience what all the fuss was about. Until now. Bundled with its expansion, Justine, and its sequel, A Machine for Pigs, the Amnesia: Collection for PS4 finally brings the series to console in the hope of terrifying a new audience.

Played from a first-person viewpoint, all three titles share the same basic gameplay template; finding yourself in a dark environment in which things don’t seem quite right, you need to explore, solve puzzles and maintain your sanity while evading the occasional grotesque creature. Of course, each game also has its own narrative that separates it from the other, driving you to make progress while simultaneously unsettling you with its disturbing nature.

Released in 2010, Amnesia: The Dark Descent is easily the highlight of the collection, although as a basic port it does look a little dated. Trapped inside an eerily desolate castle, you’ll find that textures are murky and lighting is fairly basic, detracting a little from the game’s wonderfully oppressive atmosphere. The A.I. and animation of the monstrous aggressor that you need to avoid from time to time also show their age, making it wooden in both movement and thought. Where Amnesia: The Dark Descent excels, however, is with its well implemented puzzles.

Perfectly placed to break up extended bouts of adventuring and tense moments of horror, each conundrum you encounter will test your brain without driving you to despair, keeping the gameplay challenging and rewarding. Resource management plays an interesting role in Amnesia: The Dark Descent too, with tinder boxes being used to light torches and candles in the environment to make them more amenable, and bottles of oil fuelling your trusty lantern. It all makes for a genuinely creepy game that keeps you on your toes, although the passable story and dire voice acting do let it down a little. 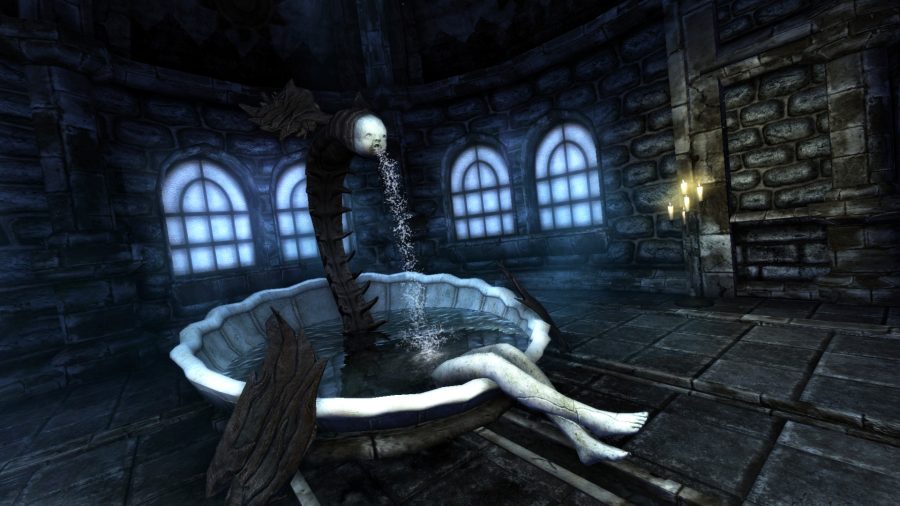 Originally released as DLC for Amnesia: The Dark Descent, Amnesia: Justine is the black sheep of the collection, but it’s also the most challenging and interesting. Finding yourself in a dungeon, you’re presented with a sick test of your true nature. Ahead of you in a number of chambers lie three innocent victims; they can all be saved if you are brave enough to put in the effort despite the horrific creatures that are stalking you, or, you can leave them to die and just worry about your own skin. It’s up to you.

Borrowing the aesthetics and gameplay systems of Amnesia: The Dark Descent, one simple caveat in Amnesia: Justine makes the whole affair so much more tense and horrifying; you can’t save. There are no checkpoints; no resuming your progress if you leave the game or die. It has to be done in one sitting, and so you have to keep your wits about you to avoid being mauled by a ghastly pursuer. It’s a task that easier said than done, but the brevity of the whole affair means you’ll try and try again until you succeed, maybe even with a clear conscience if you save all those in need.

The final game in the Amnesia: Collection, Amnesia: A Machine for Pigs has a more fulfilling story than its predecessor, but never manages to quite surpass it on the whole. Developed by The Chinese Room, better known for creating Dear Esther, it doesn’t help that it suffers from a serious lack of scares, despite being more proficient in getting under your skin with its disconcerting themes.

Taking place in 19th century London, it treats you to more a modern, lavish and relatable environment in which there’s no longer a need to manage light sources. And with the sanity and inventory systems of Amnesia: The Dark Descent also thrown out of the window without anything added to compensate, gameplay-wise it feels woefully simple in comparison. It’s still an enjoyably foreboding romp though, albeit one that feels more like a walking simulator with the occasional puzzle and horror element thrown in as a nod to the original title. 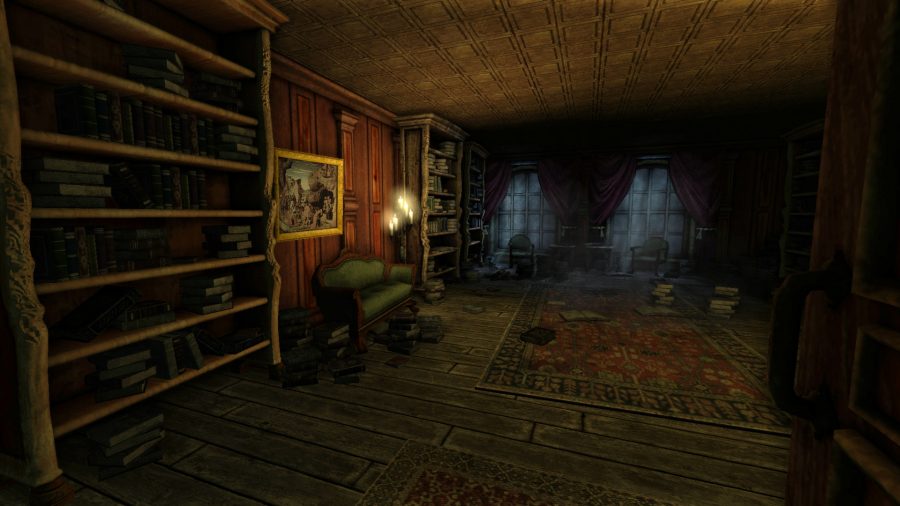 With both Amnesia: The Dark Descent and A Machine for Pigs running at around six hours apiece, and Justine around an hour and a half unless you die and have to restart, the Amnesia: Collection for PS4 offers horror fans plenty of chills for its budget price of £23.99/$29.99. It’s just a shame that none of the games have been enhanced for the PS4 in any meaningful way and that there are no additional extras included to sweeten the deal. Even as straight-up ports though, if you don’t own a PC and have never played any of the Amnesia titles before, the Amnesia: Collection presents the perfect time to jump in and experience the best kind of terror; that which crawls under your skin and leaves you with an uneasy feeling of dread.

Amnesia: Collection is available on PS4. 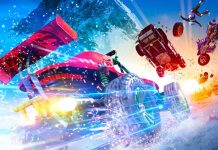 Here’s Your PlayStation Plus Free Games for December 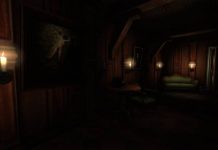