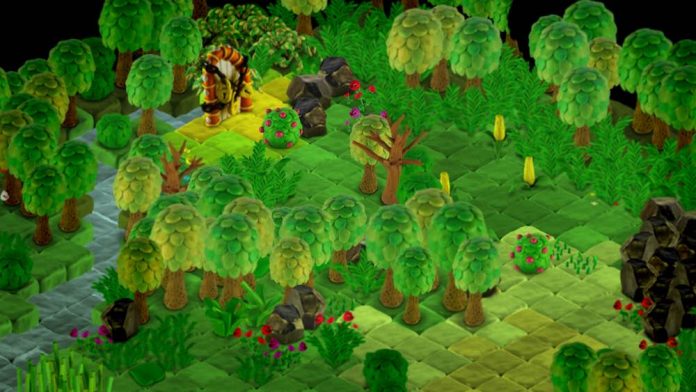 Our journey begins in a strange plasticine world that has had a very ordinary existence,  that is, until doors began appearing everywhere and all sorts of things started being able to talk. A “real” scientist (his words) tells us he reckons the way to solve the door problem is to take the “megabomb” they have created, and use it to destroy the main super door. You, an awkward little yellow man in ragged trousers, must deliver this megabomb – but nothing is ever as simple as it seems on the surface.

The introduction to Don’t Open The Doors! is very short so there is no real explanation as to who you are, where you are, or what you are supposed to do. You are stood in what looks like a clearing in a wood with a cave entrance to one side and a guard in front of a gate the other side. Best bet? Go talk to the guard. He will inform you that he won’t let you in to the city unless you go and defeat the monster in the cave behind you – despite your insistence that you have the megabomb.

The biggest feature of the game, and its USP if you will, is that it is entirely stop motion. It runs at 60fps and looks perfectly smooth – but what you might not guess is that it has been made up of over 8,000 photographs. I don’t think I’ve ever heard of an entirely hand-made game, let alone played one. It was a really interesting experience to see how people interacted, how surroundings moved, and how it would all cohesively work as a game and not just an art project. 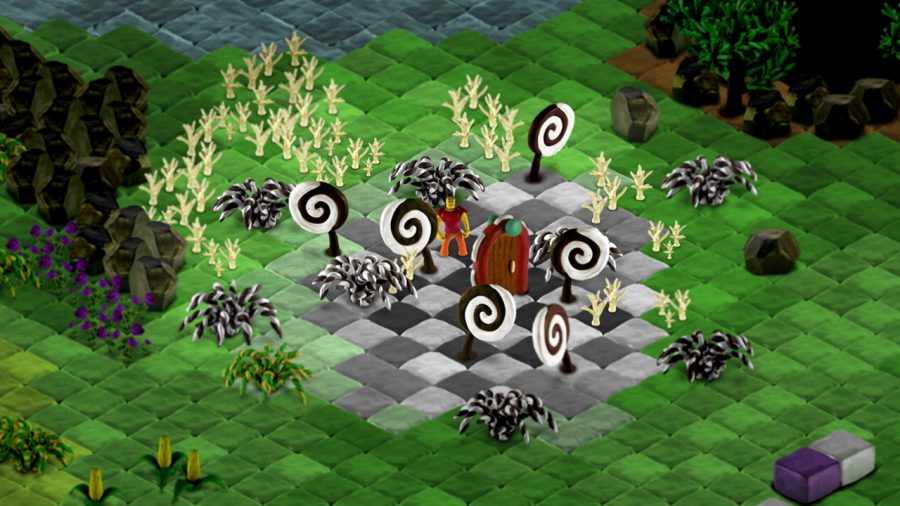 In all honesty, it works fine. Yes, Don’t Open The Doors! has a fairly primitive feel about it – things like people and floors and trees aren’t highly detailed – but environmental features like rocks, the walls of caves, and piles of skeletons are all textured to make the environment feel more immersive.

Don’t Open The Doors! is truly colourful; all of the people are bright yellow and are often stood against lush green grass, 3D trees, and patches of rainbow coloured flowers. Though it may be subtly done, the game works very hard to portray little hints at detail to really bring it to life. Each area is different to the last, and the use of plasticine nature is a really unique spectacle.

The second most notable feature for me was the dialogue. From the get-go you must interact with not only people, but sometimes bugs, chests, pumpkins and mushrooms. Because of these strange doors, all sorts of inanimate objects and creatures now have the ability to chat away to you, often offering clues or unhelpful insights into your surroundings. The dialogue itself is delivered entirely in speech bubbles, again something rarely done in games nowadays. However, what is even more unique are the words people actually say. Everything has an underlying sarcastic tone. It’s almost hard to get used to at the start, as the guards are all incredibly unhelpful. Most will either trick you, or offer an ironic comment on your situation. It’s a huge change for the NPCs most of us are used to in games, but is hilarious as you struggle to decide whether someone is helping you or whether they are sending you off just to get rid of you. I had one guard lie to me about the existence of a “recruit receptionist” only for the next person I spoke to trick me into leaving the city before locking the gate behind me!

Don’t Open The Doors!‘s humour so full of wit, and that really keeps a player entertained. It’s a refreshing change from the average “go see this person, do the task they give you, repeat” routine offered in most RPG games. Add this to the fact that the music playing during all of this is amazing and you’ve got yourself a winning game. Lots of shredding guitar and violins – think Guns N Roses style. It’s a stark contrast to the playful plasticine environment, but it somehow works in adding that sense of urgency and drama into just wandering around caves. 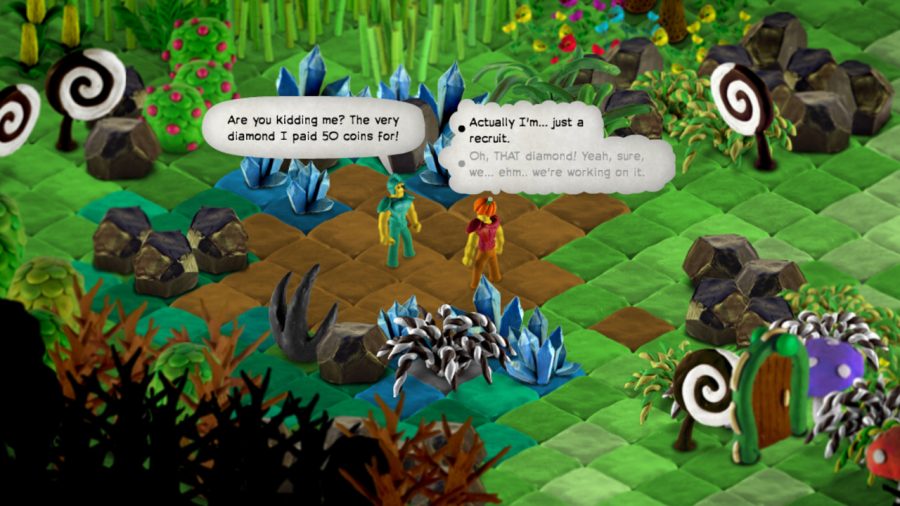 I will say that though the controls are the basic WASD format, due to the movement of your character it is often difficult to face or walk the way you want to go. It took me some getting used to and still I was accidentally walking into lava puddles because the keys didn’t always match the direction my man was facing.

Although the gameplay is delightful – who doesn’t want to be able to smash almost everything in their vicinity with a huge hammer? – it just wasn’t quite enough for me. 10 hours is probably the maximum play time to 100% complete the game and although for an indie game that is fairly decent, I was still left with a distinct feeling of wanting something more. Not that it isn’t enjoyable, there perhaps just needs to be a little more variety in the gameplay. Still, despite its brevity and simplistic nature, Don’t Open The Doors! offers an incredibly unique experience that’s worth it alone just for the extraordinary stop motion animation.

Don’t Open The Doors! is available on PC.