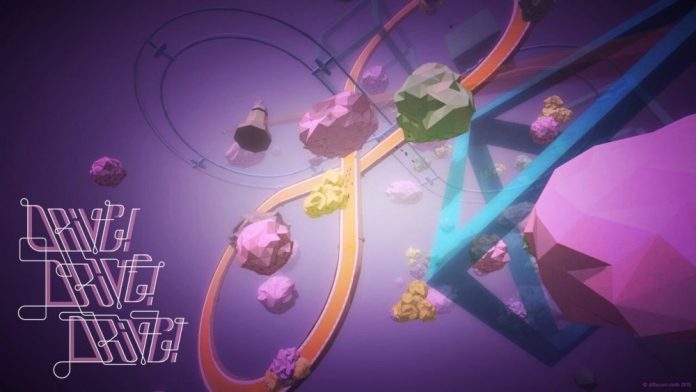 Drive!Drive!Drive! tries to offer something new and exciting to the often stagnant racing genre.

It can often feel like the sky has already been reached, with titles like Need for Speed and Project Cars struggling to justify their place in the large catalogue of titles centred around being the fastest. This new title aims to sprint ahead of the pack, but it might just be too much of an ask.

On occasions when life is particularly non-existant, I like to sit home and ponder “what makes a great racing game”? Truly, one of the greatest mysteries of the 21st century. What separates Need for Speed: Underground from the Need for Speed reboot? At their core, they seem to offer the same experience. Neither one is particularly novel, with both having mostly the same race types for one to take part in, but Underground is one of my favourite titles while the latest entry in the franchise is a dud. Why? Drive!Drive!Drive! Might just be the title that will help me finally answer this question.

Released on 13 December for a relatively hefty $20, Different Cloth’s trippy racing game provides a nice little twist to the normal. Foreshadowed by the title, Drive!Drive!Drive! splits each race into a few different simultaneous tracks. Instead of racing through a single course for a few laps, the player can teleport from one race to another (or three) at any given moment. Each track has a separate race ongoing, so the player must try to balance out the time they spent in each one to not fall too behind in any. Therefore, as you manoeuvre their way through one track, AI is left in control of your car in the remaining races.

This is a pretty cool idea. Not completely original, as games have attempted similar designs before, but if executed well Drive!Drive!Drive! could be a game worth noting. Unfortunately, this department does not quite hit it out of the park. The separate tracks are just replicas of a single one, just with a different colour, so it is not particularly exciting to switch from one to the other. Although this might not seem like a huge issue, I do believe that this is a missed opportunity. Racing three tracks at a time, instead of three slightly varied laps, would have been a lot more mouth watering. 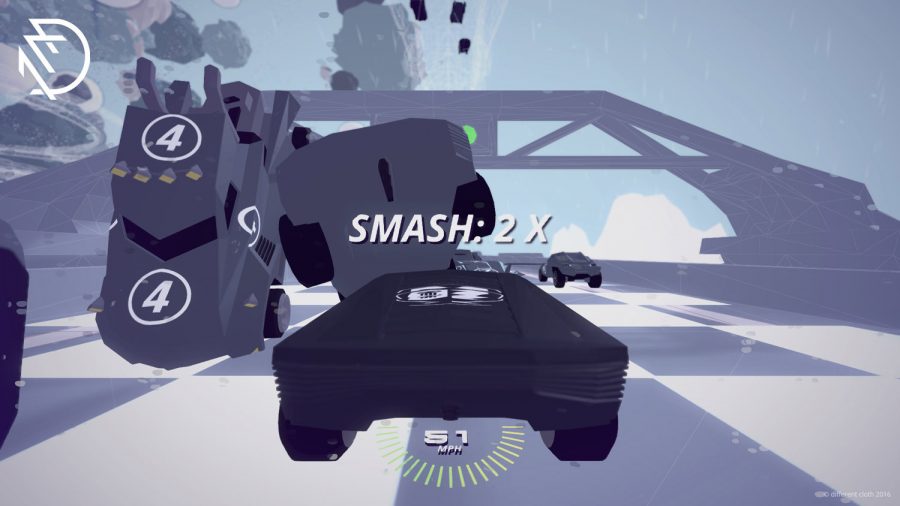 Visually, Different Cloth’s decision to go with a low poly sci-fi aesthetic proved a good one. It meant not be high-end or particularly detailed, but there is not a single moment where it looks unpleasant. The colours are vibrant, the backgrounds pretty and the cars themselves have a bit of personality to them.

Inspired by iconic models, players unlock new cars at a relatively steady pace. Every few victories, a new one will be unlocked. Once the 50 tracks are completed, one will have a pretty impressive selection to choice from. They’re also not just replicas of each other and do feel like their own thing, with some offering a bit of an edge for certain race types.

The tracks themselves are well designed, filled with loops and jumps, but they do tend to blend a bit together after awhile. That said, Drive!Drive!Drive! switches things around quite often. One event will see you try to collect a bunch of crystals over a series of simultaneous laps. Others will focus on performing drifts or smashing into other cars to collect points or the player will have to finish not lower than fifth in any of the three tracks to complete the event.

These game modes all seem to function well enough in the easier events, but the flaws do become apparent as the difficulty increases. The crystal collection events are especially frustrating as your car has to be first to collect any of them because the other racers can also take them. And they are HUGE, so no chance of them being missed. The AI can pick them up for you, but they can be rather unpredictable, especially since they often drop down the ranks very quickly.

And that is the biggest disappointment with Drive!Drive!Drive!: the AI is just not capable enough. The game requires the player to rely on it; two-thirds of each event is in the hands of the AI. Sure, I was not expecting to just destroy the opponents, but too often I saw my hard work ruined in seconds as the computer fails to maintain the lead I had built for even a single corner. And as the races fly by at a blistering race, it is often impossible to catch up. 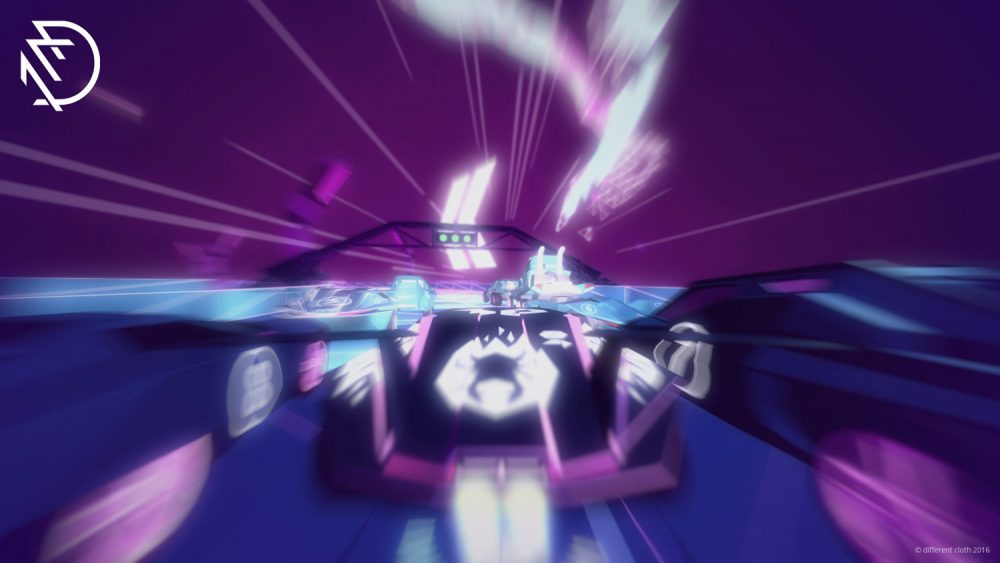 After owning the initial 50 tracks, which is far from an easy task, a new set of tracks are unlocked that are intended for those with a bit of a masochistic side. Suffice to say, I crashed and burned in these. There is also a design your own track feature, one that is surprisingly robust and a blast to play around with. These can be used for multiplayer, which is not completely dead but approaching it, to create a genuinely fun experience.

Different Cloth’s Drive!Drive!Drive! is ambitious and could have been great. Instead, it is a decent entry that could, maybe, be a solid launching pad for future sequels. At its current price, bigger racing games can be purchased in its stead. And that brings me to my original question: a racing game needs to get the simple basics right. Despite the hook of the simultaneous tracks, I would honestly remove that in a second for a less frustrating experience.

Drive!Drive!Drive! is available on PC and PS4. We reviewed the PS4 version.