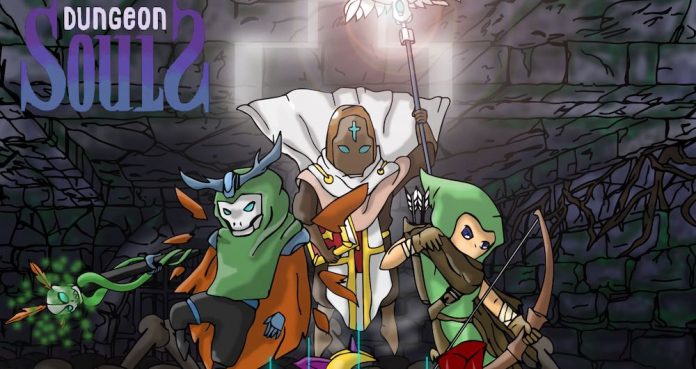 I often think back humorously to when Zenimax attempted to sue Mojang over the use of the word ‘Scrolls’ in their upcoming title.

It was, at the time, unbelievably silly – and still is. Yet, as time goes on, I find myself wishing more and more that Bandai Namco would do the same with the innumerous amount of indie titles that latch on to the ‘Souls‘ name.

The latest in this long line is, as you may have guessed, Dungeon Souls. It doesn’t borrow in any way from the action RPG line that From Software have built their success on. Rather, it takes a myriad of cues from its many roguelite brethren. It’s a brave venture; not only is the genre chock-full of derivative titles from first-time developers, but is also becoming crowded with some genuine classics.

So what does Dungeon Souls do differently? Not too much, I’m afraid. Lamina Studios’ first foray into the genre is a safe and noisy one. Dungeon Souls borrows much from its contemporaries, trusting that a melting pot of ideas will be more successful than just a few. Sometimes it works, sometimes it doesn’t. Perhaps this is most eminently visible in one of the game’s best areas: characters.

Before you hop into a dungeon, you pick from one of 10 classes – you begin with three, unlocking more as you play. Each and every one plays dramatically differently; from melee to ranged and from physical to magical, there are some truly fun and unique ideas here with two standouts including the Necromancer and Cleric. The Necromancer is as it sounds; summoning and magic are his assets but as you continue and level up, you’ll find yourself being protected by up to a dozen summoned skeletons, with homing missiles for defence. 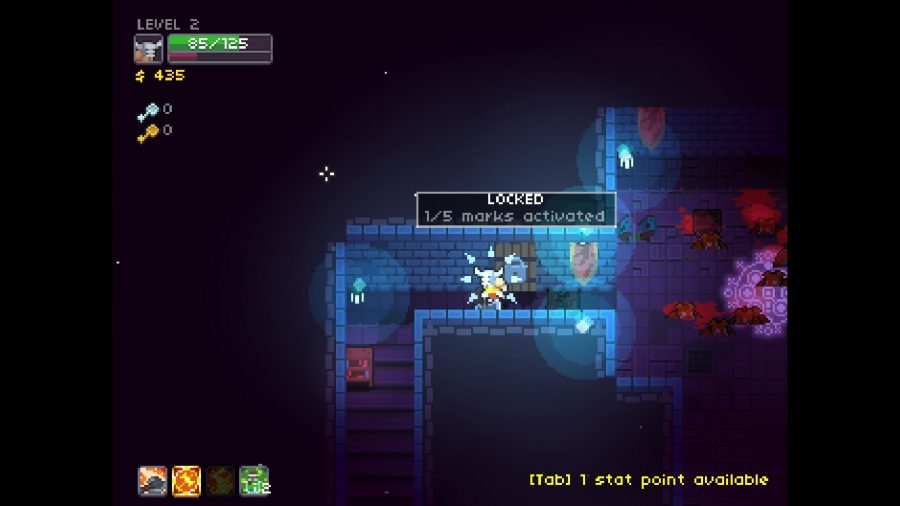 The Cleric is undoubtedly my favourite, however. As expected, he comes with a self-heal, but his main attack is a sharp magical missile which bounces off walls. More intriguing is his first ability: you can summon a barrier in front of you which causes any projectiles shot through it to split into three. Dungeon Souls’ largest blessing is that it makes sure every character and their mere two abilities are interesting, unique and most importantly, fun.

However, for every success in the game, there’s a failure to counter-balance it. You may have noticed that both standout characters I described are ranged, even though half the classes in the game are melee. This is, quite simply, because the melee characters are unquestionably worse. Most enemies – and all bosses – shoot projectiles and with no dodge mechanics or any worthwhile build-up animations to speak of, melee characters are unbalanced and at a complete and utter disadvantage.

The balancing issues carry over to something that, admittedly, few roguelites ever get right: items. Item placement in both the world and in the shops is completely randomly generated, so the success of your run can entirely depend on luck. Arguably, the randomness and luck is the entire point of many roguelikes: you can never be sure of what you are going to get, so skill reigns supreme. The problem with Dungeon Souls is that skill doesn’t come into it.

So often death isn’t due to a mistake of your own, but of the game. Beating the game largely depends on picking the right class (specifically, a ranged one), getting the right items, and grinding away. And unfortunately, much of the game feels like grinding – on bosses and otherwise. The general gameplay loop consists of going through two levels and doing the exact same thing – go to X amount of rooms and clear the enemies – while keeping an eye out for chests and the shop before moving on to the boss. After beating the boss, you head to a new area where you go through two levels and, you guessed it, beat a boss.

Dungeon Souls has a lack of variation that can often drag the experience down. Due to procedural generation, areas don’t feel all too different from each other, enemies with a focus on quantity over quality can make dealing with them feel like a chore and rather average pixel-art graphics don’t provide much in the way of immersion. In fact, rather the opposite. Another large problem the game has is rather prominent visual clutter. It doesn’t support widescreen, opting for large black bars at the side; a hefty amount of enemies consistently drop large, glowing coins, making it hard to distinguish enemies from the environment; and the game is annoyingly dark at times. 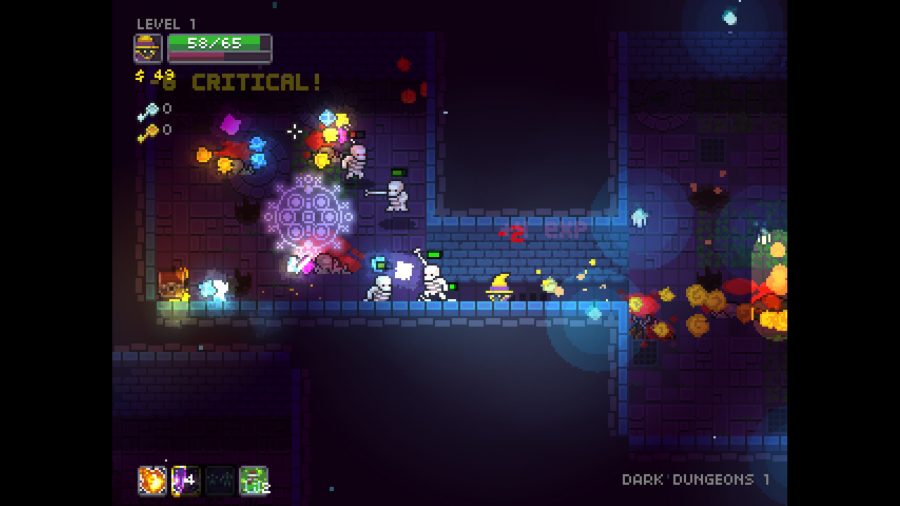 And yet, despite all these problems, I still had fun with Dungeon Souls. Its many unoriginal ideas may cause a number of issues, but I can’t argue that the base gameplay is irrevocably fun. When the RNG of the items doesn’t cause it to become dull due to ease or a grind due to difficulty, you can have a great deal of enjoyment with Dungeon Souls. Trying different item and character combinations can create some interesting abilities, dealing with waves of enemies can be the right amount of difficult and it often gets just shooting things to death just right.

That, along with a pleasant 16-bit soundtrack and a decent wealth of content means that, for some, Dungeon Souls will work. Its wealth of content stems from the fact that Dungeon Souls is a just a giant soup of all other roguelites – something that often works against it. I have the feeling that Lamina Studios were going for a ‘Best of Roguelikes’ with Dungeon Souls, but it ends up as more of a showcase of the best and worst the genre has to offer.

Dungeon Souls is available on PC.