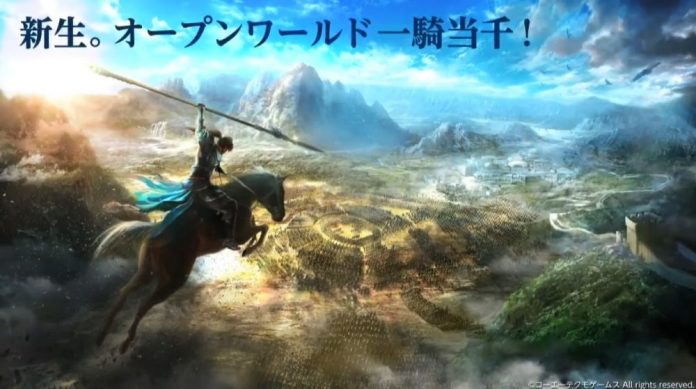 Hands up who’s ever played a Dynasty Warriors game. Really? Only that many? Well, sort yourselves out people – there’s nothing like cutting down an entire army with just one battle-hardened warrior. Maybe you should start with the next instalment that has just been announced, Dynasty Warriors 9.

Developer Omega-Force has stated that the entirety of China is going to be reproduced, with areas suitable for battle being particularly detailed. Because why not? You’ll also be able to freely enter towns for purposes as yet unknown. Though let’s face it, it’ll either be to commit mass murder in the name of war or to buy and sell goods. What other options are there?

Apparently all 83 characters from Dynasty Warriors 8 will be included, along with some new faces here and there to keep things interesting. It is also said that there’ll be changes to the series’ control system too – no more hammering square for standard attack and triangle for charged attack. Hooray!

No platforms for Dynasty Warriors 9 have been announced as yet, but the PlayStation 4 is bound to be one of them. Hopefully it’ll be released on Xbox One too, at least in the west anyway. We’ll keep you up to date with all news Dynasty Warriors 9 related in the future, so keep your eyes peeled.