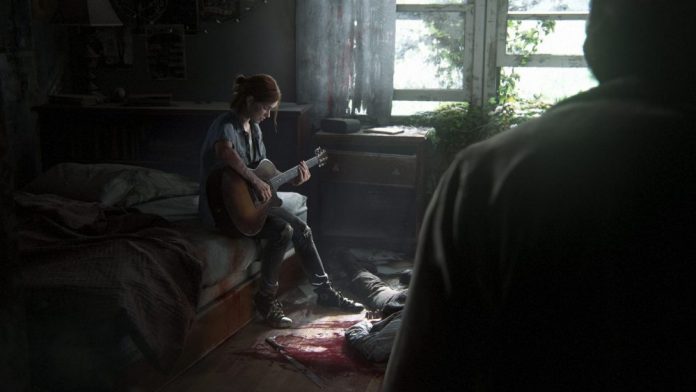 Sony’s annual PlayStation Experience event was closed today with an unexpected announcement: The Last of Us: Part Two is officially in development.

The anticipated sequel is the second big announcement from developer Naughty Dog today, who also revealed a trailer for Uncharted: The Lost Legacy.

The trailer began with a shot of the woods before pulling out to focus on a symbol fans will immediately recognise as the insignia for the revolutionary militia group, Firefly. Cut to the Naughty Dog logo and the cheers from the audience are enough to tell you how long fans have waited to hear it be confirmed.

What follows is a beautiful, yet brooding song played by a character soon revealed to be a grown-up Ellie. As she plays and sings, the trailer also confirms the return of Ellie’s father-figure Joel, who walks through the house that is shown to be filled with dead bodies. As the two protagonists meet together in the same room, Joel asks her if she intends to go through with her plans.

With blood dripping down her face, she looks up at him and replies, “I’m going to find and kill every last one of them.”

And so sets the events of The Last of Us: Part Two.

Here’s what creative director, Neil Druckmann had to say about the announcement:

“I can’t tell you how satisfying it is to finally be able to say that Ellie and Joel are back for another intense, harrowing and emotional adventure. Like many of you, we have a deep love for the world of The Last Of Us and its characters, and while a sequel may have seemed like a foregone conclusion, that wasn’t the case. We knew that it needed to be a story worth telling and, perhaps more importantly, a story worthy of Joel and Ellie. After spending years on different ideas (and almost giving up), we finally uncovered a story that felt special – a story that evolved into an epic journey.”

The trailer didn’t offer an official release date, neither did it say whether we’ll be seeing the sequel next year or much later. Sony’s Shawn Layden did however state that the game was only in early development and was currently running on an updated version of the studio’s engine.

But all we need to know is, The Last of Us Part Two is coming. And we couldn’t be more excited.