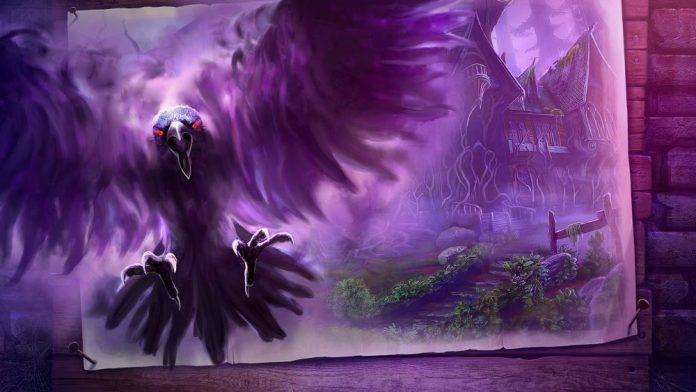 Artifex Mundi are back on Xbox One with a new release – the sixth of the year.

That’s some pretty good going, right? I have an undeniable soft spot for these simple fairytale adventure games. Despite their basic nature, there’s definitely a welcome space for them in my gaming library.

The Mists of Ravenwood is a follow-up to Enigmatis: Ghosts of Maple Creek, admittedly the Artifex Mundi game I’ve enjoyed the least. Originally released in 2011 on PC, Ghosts of Maple Creek felt aged in comparison to their other titles. Puzzles were less satisfying, with those blasted hidden object type making up the bulk of it. Thankfully its sequel, picking up with the same protagonist two years after the events of Maple Creek, is a massive improvement in pretty much every way.

Enigmatis 2: The Mists of Ravenwood follows our investigator to the East coast of America, still on the trail of the demonic preacher of Maple Creek. We wind up outside Ravenwood Creek, a strange heritage park where people have been going missing for years – and all is not quite what it seems. For the most part, this is a self-contained story from its prequel, but as you play, the story does begin to cross over. If you’ve never played Maple Creek, you may not have the full picture of the story, but in the end it doesn’t matter too much as the focus of the game remains heartily on puzzle-solving.

The puzzles are back on form in The Mists of Ravenwood; hidden object puzzles take a back seat in favour of a solid mixture of logic brainteasers, some of which will take a bit of thinking about. Of course there are still some hidden object puzzles thrown in – it wouldn’t be an Artifex Mundi game without them, after all – but like some of the more recent releases, these can be skipped altogether in lieu of solving a “match two” puzzle instead. 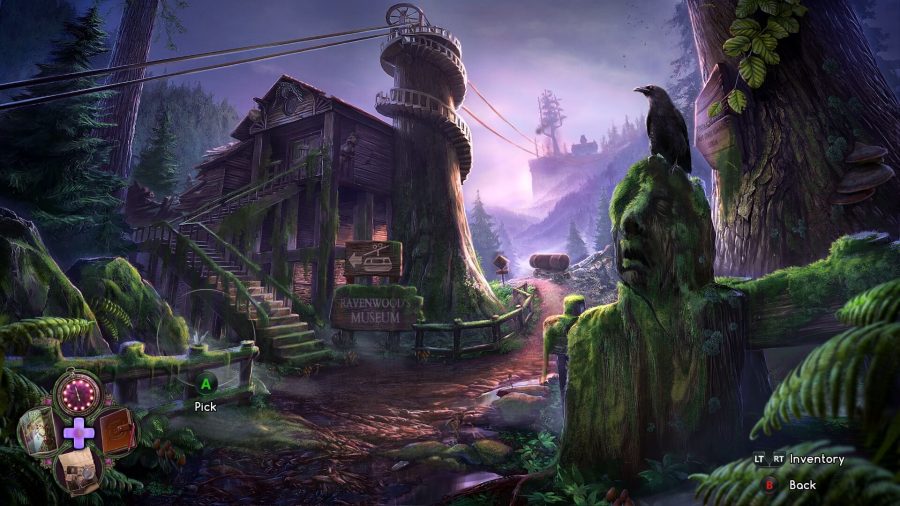 New to Enigmatis 2 is the use of an evidence board. As you explore each environment, you’ll gather new evidence and clues to the overall mystery. Returning to a detective-style pin board will allow you to periodically piece everything together, unravelling the bigger picture of Enigmatis 2‘s narrative. While compiling the evidence and deducing the correct piece of information from it isn’t overly taxing by any means, it’s a great touch that makes the game feel more like a modern mystery game – a bold step away from its image as a simple hidden object adventure.

One of my biggest complaints about these games in the past, especially The Ghosts of Maple Creek, is that generally, a lot of backtracking is required. If you’re at a loss of what to do, generally you’d find the solution by revisiting old scenes and completing the same hidden object puzzles in order to find a different item. Ravenwood feels much more natural; backtracking is still an inevitable part, but your path seems more logical  and generally speaking, you should be able to deduce where you need to go without relying on aimlessly wandering.

Story wise, Enigmatis 2 is typical of Artifex Mundi. It’s full of hammy voice acting, dramatic (yet predictable) twists, and a certain undeniable charm despite its obvious rough-around-the-edges appearance. The narrative is delivered through a series of cutscenes, animated in the same hand-drawn art style we’ve come to expect. The cutscenes are pretty low quality, but the scenery in the game is as gorgeous as ever. The artists working on these games are a genuinely talented bunch, even if their ‘signature style’ does get a little familiar after playing several of their titles. That’s not a complaint; the games may look similar to one another, but each scene still feels like a carefully crafted painting in its own right. The art style alone makes each new environment a joy to explore.

Enigmatis 2: The Mists of Ravenwood, just like any other Artifex Mundi game, is not going to appease everyone. This fits a very particular niche of casual gaming and it isn’t going to satiate a thirst for an action-packed adventure. But if you’re looking for a more laid-back experience with some traditional puzzling, then I hasten that you give this a try. The storytelling may not quite be on par with the likes of a Telltale title, but Artifex Mundi have nailed the puzzles. The variety in Enigmatis 2 is perhaps the most impressive, and the introduction of the evidence board adds yet another string in their steadily-expanding bow.

Enigmatis 2: The Mists of Ravenwood is available on PC and Xbox One. We reviewed the Xbox One version.