Coming from developer Bits & Beasts, a small team in Switzerland, is Feist. Originally released in 2015 on Steam, this stylistic sidescroller now sees its release on PlayStation 4 and Xbox One.

At first glance, it’s impossible not to draw visual similarities to games such as Limbo, NightSky, and Badland. Trying to put comparisons aside, I started playing Feist with an open mind. After completing the game, it is apparent that Feist draws significant influence from other titles while trying to establish itself as unique in other ways. But is this enough to make it stand out on its own?

Contrasting bold black lines and smooth, vibrant background colours, Feist is undoubtedly gorgeous. Elegantly coloured backgrounds also serve to contrast both the grotesque creatures you encounter and the themes offered through the simple narrative. In the game’s initial moments, the player is introduced to a small, unnamed furry creature, imprisoned in a crate hanging from the trees. Trapped and abandoned by a crew of larger beasts, this little clawed furball breaks free and follows after the creatures who hold its mate captive. While the background portrays a peaceful, atmospheric venue, the foreground presents itself as savage and unforgiving. Paired with a subtle, yet adaptive, soundtrack, Feist is easy on both the eyes and ears.

Despite visual similarities to other titles, Feist presents itself more as an action game than a puzzle-platformer. While there are minor puzzle elements for progression, the majority of the game’s challenge comes elsewhere. The little furry protagonist’s movements are swift, and moving quickly is often necessary for survival. Amidst environmental traps designed to savagely defeat you, a variety of creatures roam your path with the same goal in mind. Enemies and environmental traps are reused regularly and lack variety, but the layout of the terrain in each instance provides enough freshness to maintain interest.

Using sticks, rocks and other objects scattered around each area, you are tasked with defending yourself as you keep pressing onward. I was pleasantly surprised when I found out that I could even pick up the occasional enemy and use their attacks against others – shooting stingers from a downed insect, for example. Enemies can also defeat one another, motivating players to position themselves in ways that put enemies in the line of fire instead. All of these cohesive elements form a surprisingly versatile means of combat. 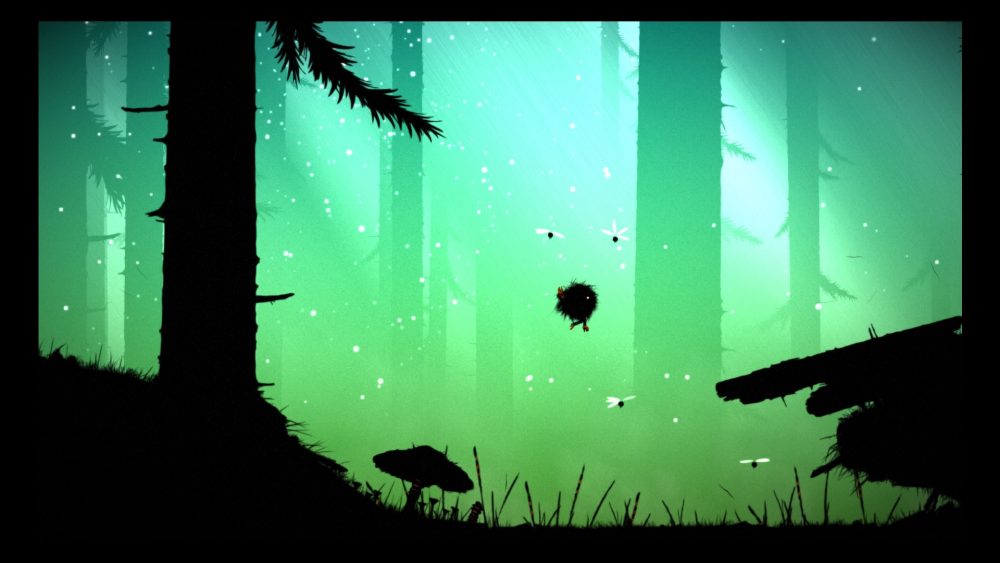 For the most part, enemy AI is genuinely clever; though combat is generally quite simple on paper, making use of environmental traps and objects to snare enemies is often satisfying. Enemies fly out of range to avoid the swing of your stick or the arc of your thrown projectile. Catching them off guard requires smart use of the terrain and the right timing. Each area finishes with equally enjoyable boss encounters that require quick reflexes and using every element of the environment to be victorious. In these moments, combat feels surprisingly tense and all the more rewarding. Taking away from that reward are glaring balancing issues: after first few stages, the game jarringly ramps up in difficulty. The inconsistent difficulty between battles feels odd, as if the difficulty curve lacks a natural sense of progression. After a while, victories come more often through trial and error than the strategy in which environments try to encourage.

While combat is often quite enjoyable, some instances are marred with frame-rate issues that range from barely noticeable to downright crippling. The worst instance of this, hands down, is the last fight in the game. With so many enemies populating the area, Feist frame rate consistently dips and, in my experience, completely ruins the final encounter. When combat is so heavily reliant on reaction time and responding to enemy behaviours, skipped frames result in many undeserved deaths and frustration.

After a frustrating final encounter, the emptiness of Feist‘s minimalist narrative truly sets in. The game stays but a short while – around two hours – and it never takes the opportunity to build an intriguing narrative that draws in the player. As the game reaches its final moments, the ending offers a disjointed conclusion that fails to offer any justification or emotional resonance. What’s worse is how shamelessly derivative it feels; it is impossible not to draw connections between this ending and that of Playdead’s Limbo. Combining this with the technical frustrations during the final encounter, Feist feels hollow at its end.

As an action game, Feist succeeds on numerous fronts. Its visuals are gorgeous, and cleverly incorporating environmental elements into combat adds an interesting layer of complexity. However, inconsistent difficulty balancing and frame rate problems are glaring issues that belittle the game’s strengths. The minimalist narrative concludes in a manner that feels out of place and unjustified, given the lack of environmental storytelling that preceded it. Trial and error and tiresome repetition take away from the beauty that the game strives to achieve. Ultimately, Feist fails in overcoming its flaws and concludes as a largely forgettable experience.

Feist is available on PC, PS4 and Xbox One. We reviewed the PS4 version. 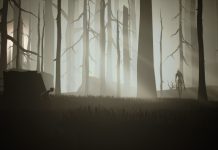