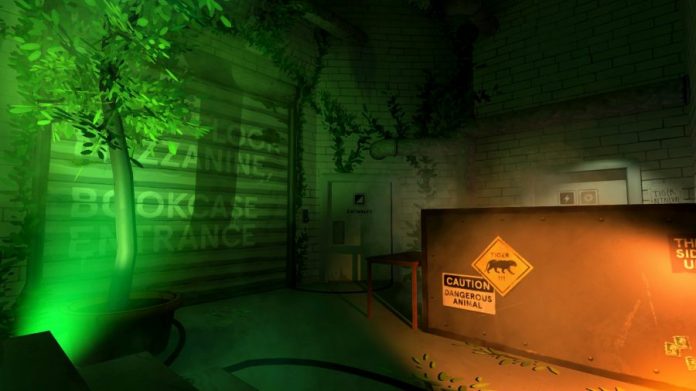 For this week’s Free Game Friday we’re taking a look at Dr. Langeskov, the Tiger, and the Terribly Cursed Emerald – A Whirlwind Heist, to be shortened to Dr. Langeskov from this point forward because boy, is that a mouthful! Dr. Langeskov is a first person exploration game from developer Crows Crows Crows which was founded by William Pugh the creator of The Stanley Parable. In Dr. Langeskov you’re a video game player looking forward to playing a heist-like game involving a tiger and an emerald but end up doing quite the opposite, helping an unknown narrator get a different player through the game. The game is only 15-20 minutes long so to avoid spoilers that’s all I’m able to say about the plot but trust me, Dr. Langeskov is hilarious from start to finish.

There isn’t too much to say about the gameplay mechanics for Dr. Langeskov because the majority of explorations games are simply walking around. Other than the walking around that you do, the rest of the gameplay for Dr. Langeskov consists of pushing buttons, pulling levers, picking up (and immediately hanging up) phones, and reading the occasional piece of paper around the areas that you visit. This may sound boring but it is anything but in this uproarious exploration game. 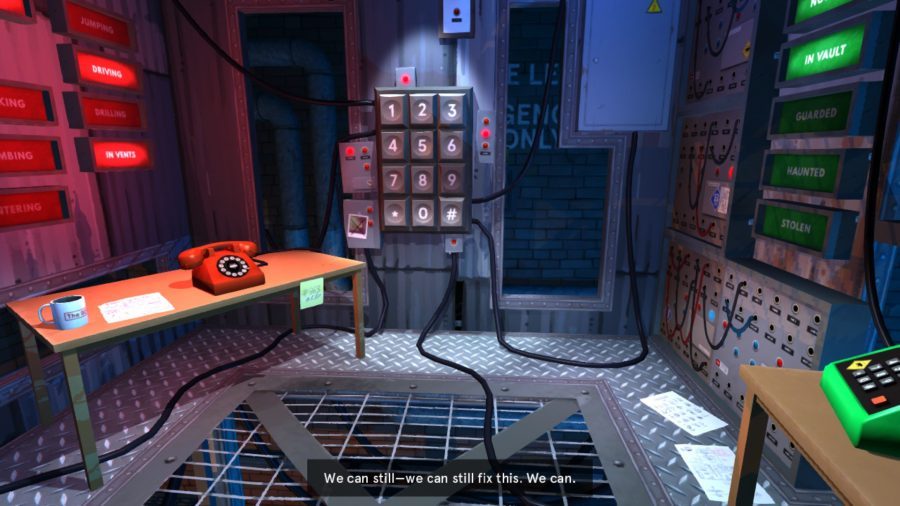 The best of Dr. Legeskov by far is the narration done by the talented Simon Amstell who some might recognise as the former host of the popular British television show Never Mind the Buzzcocks. Amstell’s frantic voice acting reminded me a lot of the beloved Wheatley from Portal 2. In just those few short minutes Amstell will have you trusting, not trusting, loving, and hating this narrator as he guides you through the gutty-works of the Dr. Langeskov game that you should be playing but, rather, are helping someone else play.

That’s it for this week’s Free Game Friday everyone! Dr. Langeskov, the Tiger, and the Terribly Cursed Emerald- A Whirlwind Heist is a really great game to pick up and play when you need to pass a few minutes. It’ll pass by quickly and I guarantee you’ll find yourself wanting more. If you decide to pick it up let us know how you like it in the comments below or on Twitter using #FreeGameFriday, we love hearing from you! Here’s to a great weekend and see you all next week!