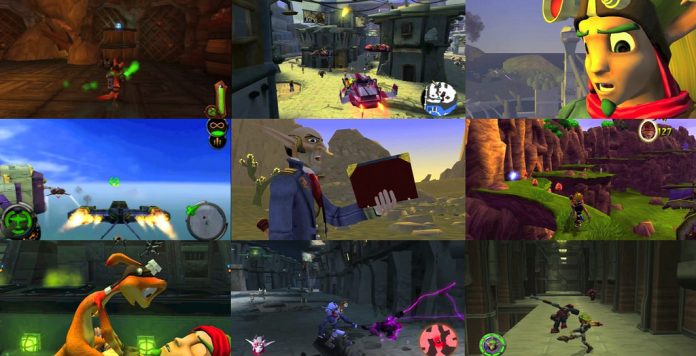 At PSX this past weekend, three out of four of Naughty Dog’s biggest properties were showcased. The company is making a standalone expansion to Uncharted 4, entitled The Lost Legacy, plus they teased their next big title: The Last of Us Part II. Finally, their former treasure trove, Crash Bandicoot, is getting a remaster for PS4. That just leaves one question: where is the love for the forgotten child that started these developers down the dramatic road of storytelling? Yes, it’s time to talk about Jak and Daxter.

Jak and Daxter: The Precursor Legacy appeared on the scene for the PS2 on 3 December 2001. It was Naughty Dog’s next big franchise after their last Crash Bandicoot game, Crash Team Racing, released in 1999.

When I bought my PS2 in 2002, I got two games alongside it: Final Fantasy X and Jak and Daxter. I couldn’t have been happier. However, this was my first time using a dual analogue controller and truthfully I wasn’t very good to the point of me quitting the game. I persevered though, and like riding a bike, it quickly became second nature for my young, dexterous hands… but that’s kind of beside the point. 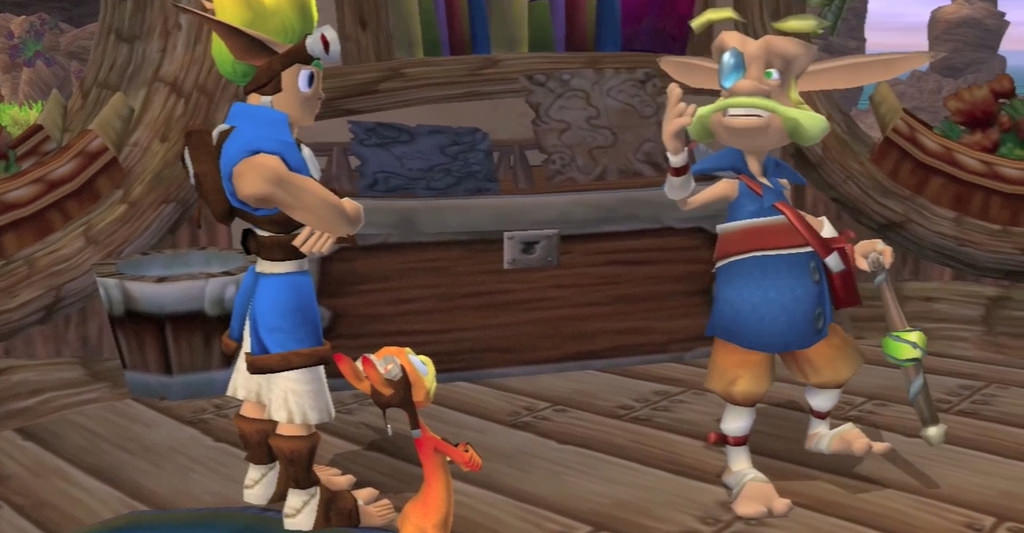 Like the Crash Bandicoot series, Jak and Daxter was a platformer, but it was Naughty Dog’s first fully 3D adventure. Instead of a series of levels, you explored a series of open environments, completing quests, collecting loot, and stomping on bad guys as set forth in the Nintendo 64 era of platform games like Mario 64. The game stars the silent Jak and his wisecracking buddy Daxter, who witness some villains messing with Dark Eco, an evil energy source. The two get discovered, leading Daxter to fall into the purple gooey Dark Eco, which transforms him into an otsell – an otter crossed with a weasel, I guess. In order to reverse Daxter’s mutation and stop these evildoers from harnessing the power of Dark Eco, the pair ventures out into the great unknown.

Jak II, removing Daxter from the title as if to usher the series in a new direction, launched on 14 October 2003. When I finished Jak and Daxter I was surprised to find it left off on a cliffhanger; it was the first game I can recall feeling dumbfounded upon completion. If you collect every last Precursor Orb in the first game, the gang will activate a portal, walk through it, and then that’s it. Jak II picks up right after that, wherein we find our protagonists had been transported to a place called Haven City, some 500 hundred years into a dystopian future. Guards greet them before imprisoning Jak for two years, which is where the game actually starts.

When I first found out about this new direction from a friend’s copy of Game Informer I thought it was a joke. The change in tone for Jak II was mindboggling, but understandable – after the success of GTA III in 2001 every big developer wanted to cash in on that open-world money along with evolving the industry to tell more mature tales. Suffice to say Jak II adds guns and the ability to jack hover cars. While the content was darker, Jak II still managed to keep a lighter tone thanks to Daxter’s upbeat commentary. I ended up loving the shift in tone and gameplay set forth from the original as I too was growing as a gamer.

The third game, Jak 3, debuted on 9 November 2004 just a year later. Built from the same engine, our heroes venture into a new desert wasteland where dune buggies rule and the land, again shifting the gameplay tone slightly again. As far as the story goes it tied up most loose ends up while keeping things open for the future of the franchise – which ended up being a kart racer, Jak X: Combat Racing. While this was Naughty Dog’s final game, it wasn’t the end for the franchise. 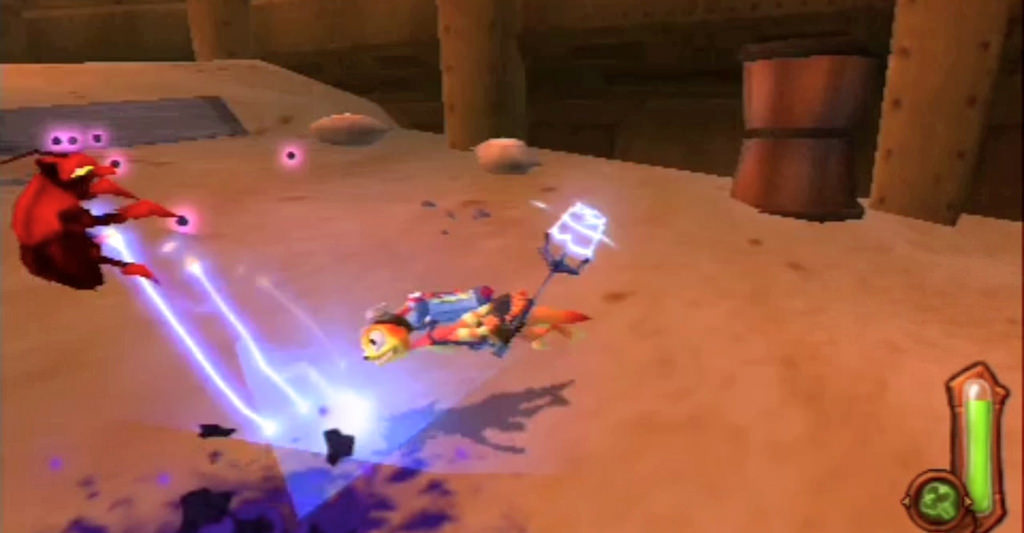 Daxter may have been thrown under the bus in terms of titles, but his importance to the series remained as steady as ever as the comic relief. For his patience, the little otsell received his own spinoff simply titled Daxter. It was released for the PSP on 14 March 2006 and was developed by the newly formed Ready at Dawn, made up of ex-Naughty Dog and Blizzard developers – more familiar for 2015’s release of The Order: 1886. Daxter takes place during the events of Jak II, telling the story of  how Daxter was finally able to free Jak from his imprisonment. Like the other games in the series, it’s an open world platformer, but a lot of the familiar setting of Haven City is locked away, leaving Daxter to crawl into smaller places for his escapades. Despite some camera issues that were more on the fault of the PSP, it was a great game.

The final adventure – as of now, at least – was Jak and Daxter: The Lost Frontier which was developed by High Impact Games (who worked on the PSP Ratchet and Clank spinoffs). The Lost Frontier launched on 3 November 2009 on both PSP and PS2. Unfortunately, because of its late release on the PS2 (PS3 had already been out for three years by this point) and the world’s waning interest on the PSP, not a lot people played this game, which is a shame, as it’s actually quite good. It continues the story of the dynamic duo, this time taking to the skies where they embark on an ‘energy crisis’ mission. The emphasis this time is – you guessed it – air combat, as well as a return of the familiar ground mechanics set forth in Jak II.

Since then Jak and Daxter have appeared in a number of Sony projects such as PlayStation Move Heroes and PlayStation All-Stars Battle Royale. A HD port was released for the first three games in 2012 for the PS3 and later on the PS Vita. What made these games great was the camaraderie between the pair, and for me, the Jak and Daxter series remains one of the last great 3D platformers.

With their fate all but sealed for now, I’ll wish them a very happy 15th anniversary this month.