While many seem to be on a mission to recreate the pixel accuracy of the 80s and 90s, those seeking to innovate rather than recreate within the genre are a dime a dozen. Enter Rolling Bob, Moon Factory Studios’ first independent game that although lacks some polish, seems set to place a unique spin on a much-celebrated gameplay style, thanks to its very original ‘spray path’ mechanic.

Perhaps unsurprisingly, Rolling Bob places you in the role of the robotic Bob who just so happens to be extremely good at rolling. And although easily regarded as a somewhat simplistic and perhaps childish title, Rolling Bob very much lives up to its title. Across three distinctive worlds, each playing host to 10 nail-biting levels, you’ll be required to guide, propel, and dodge the titular hero through various stages and environments.

It’s a simple enough setup, but what makes Rolling Bob something other than just another simplified 2D side-scroller is the fact that rather than control him directly as you would a Mario or Sonic, you only have control of Bob’s speed. This, along with the easy-to-pick-up, hard-to-master beam-spraying mechanic necessary for protecting our hero along his journey, presents a somewhat original style of play that  never outstays its welcome.

Thanks to some clever use of the Dualshock 4 controller’s gyroscope functionality, players can freely point the on-screen cursor and spray out a beam path to let Bob dodge obstacles and traverse the levels more easily. It’s unabashedly a gimmick, but at least it’s a decent one that works. Despite the Pixar-esque art style Rolling Bob continuously attempts to recreate, skill and precision is a must whilst playing, especially if you want to 100% each of the 30 stages by collecting every orb and bot. 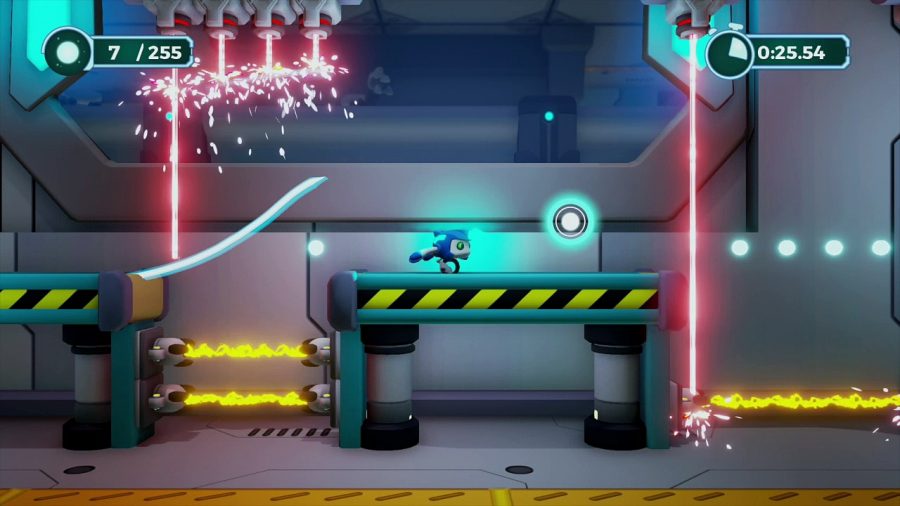 So what’s propelling you through each of the three armoury, foundry, and military hangar worlds of the game? Good question! When I started playing, I wasn’t entirely sure if I’m honest, and this is where Rolling Bob’s all-round lack of polish and underdevelopment unfortunately comes in. When loading up the game you’ll be greeted by a standard and unambitious menu screen, before being treated to a cutscene of all the robotic inhabitants celebrating. It was around this time that proceedings abruptly ended, thrusting me directly into the tutorial.

It’s unclear whether this was a glitch I personally experienced in my first session, but thankfully this trend was nowhere else to be seen throughout my five hour play time. All you need to know is that something very bad is threatening to destroy Rolling Bob’s recycling festival, and it’s up to Bob to save the day. It’s a simple but functional story, but Rolling Bob‘s unique gameplay is its central hook, so ultimately it doesn’t need to be too demanding in the narrative department.

Most would be forgiven for taking one look at Rolling Bob and thinking it a piece of Wii shovelware straight out of the late 2000s. Even I found myself pondering as to why the game’s beam spray mechanic was preferred on a conventional controller as opposed to a Wiimote, but regardless, after a relatively quick learning curve, Bob will feel fairly responsive when playing. A click of the R3 button instantly recentres the spray reticule, so reorientating is never a chore.

As well as spraying a beam throughout each 10-minute stage to guide and lead bob along the path to success, light beams are required to defend against spiked walls, flamethrowers, and many other environmental hazards. Difficulty scales fairly evenly as your progress, and if I eventually did fail, I recognised my mistake and thankfully, the checkpoint system is generous. 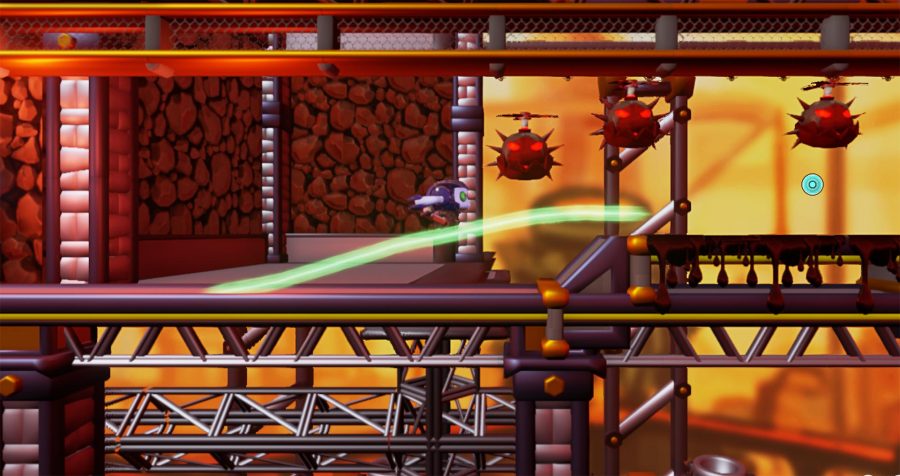 Each of Rolling Bob’s levels can be completed in roughly three minutes should you manage to perform a near-flawless run, yet every bump, smash, and grind that required me to reset to the last checkpoint saw me finish some levels in excess of 15 minutes. There’s plenty to keep you busy and some collectables to go back for, so there’s a chance you might be pulled back to repeat a level should you wish to gain a higher score.

Rolling Bob, though by no means groundbreaking, is perhaps best described as harmless side-scrolling fun. It may not excel in the visual department and may suffer from some technical issues early on, but when knee-deep in one of the game’s fun puzzle-platformer levels it’s hard not to find yourself tense and gripped as you make your way through. The game’s spray path mechanic may leave some players scratching their head as to why it’s placed within the Dualshock’s 4 gyroscope functionality, but it definitely helps Rolling Bob to stand out, just a little.

Rolling Bob is available on PS4. 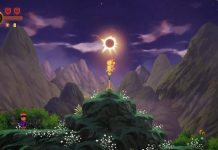