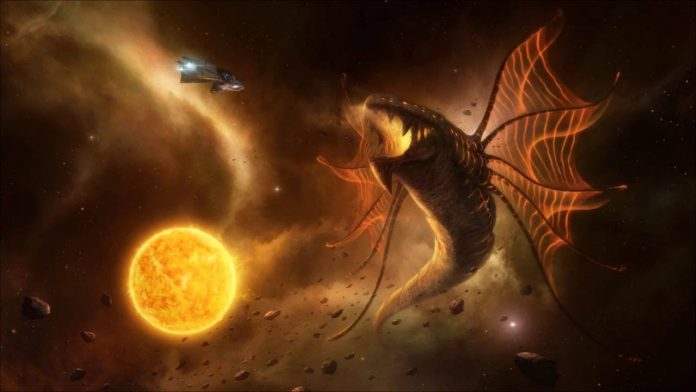 After the initial honeymoon period with Stellaris came to a close, I was left with a sense of “what now?”, like Dustin Hoffman at the end of The Graduate.

As with many entries into the 4x space strategy genre, Stellaris enticed early on and was able to hold interest (for me at least) into mid game, but the combination of lacking AI ambitions, tedious micromanagement and late game challenge hamstrung the interest levels of my extended campaigns. In steps late game DLC Leviathans to soothe a few of these issues, with the main selling points being the addition of large late game creatures and cataclysmic events which can match your late game death armadas.

To that end, there are indeed some interesting new events and baddies to conquer in Leviathans. Being extremely late game events, I’m only able to describe my own experiences, but I experienced the awakening of the technologically advanced Fallen Empires and discovery of planet-sized space monsters, which I doubt varies too much from game to game.

These are more powerful entities than in the vanilla game, providing an interesting distraction for the late game space emperor to consider, and can lead to some significant gains when completed. There are also new events and random tidbits sprinkled in to try and breathe some new life into the seasoned starcrawler, and new choices deciding the fate of your pioneering star scientists is always appreciated. 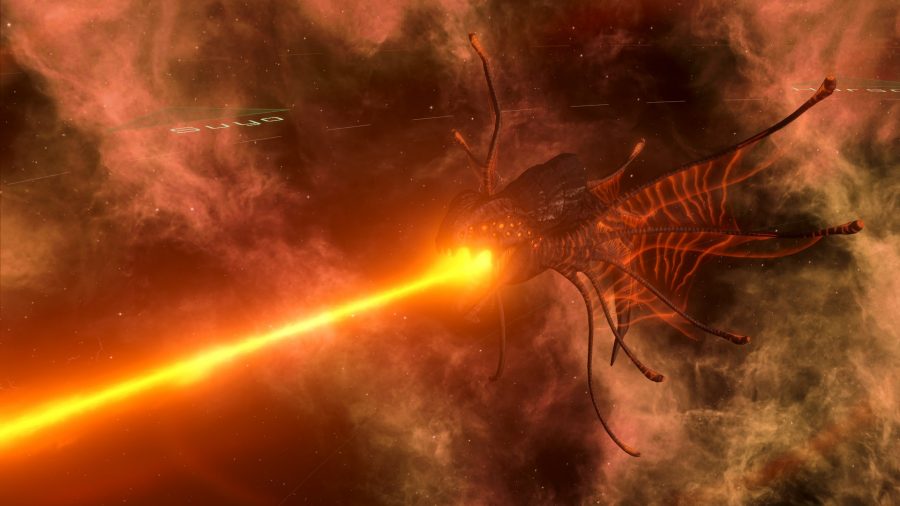 Unfortunately, that’s about where the positive points of the admittedly pretty small content pack ends. Yes, the new smattering of late game objectives add another layer to the universe, but they are pretty uninspired creatively and feel like something that should have been a feature of the original game rather than something I have to pay to earn the privilege of having. I’m not saying that Paradox are not entitled to continue in this way, as they also are on the better end of developers who add free content and updates, but I sadly cannot shake the feeling that I’m being shook down for something that the developers merely didn’t have the time to integrate into the vanilla game.

Leviathans only manages to add a few new ornaments to the the vanilla game, and while it does in fact enrich, the experience, functionally speaking, did little to change the outcome of the game. Large space monsters spawn all over the place, so taking your fleet to fell the beast can equate to giving a boost to the empire nearest to it, so there’s actually not much incentive to kill most of them. In fact one of the late game events which I encountered glitched so I couldn’t even properly utilise it. The big late game catalyst (awakening of the Fallen Empires) wasn’t overly scary either since by the time their Titanic butts managed to mobilise, I controlled such a vast swath of the map, the victory of my snail people was never really in doubt.

Ultimately, Leviathans is just another borderline extortionary Paradox DLC. To clarify, as with many of the Paradox DLC offerings, Leviathans offers some nice new features, but does not add enough worthwhile content to Stellaris to recommend purchasing alone or to justify the price tag. I still like Stellaris but as with all the other Paradox titles, there’s a much better experience to be had if you stop playing for a while, download a bunch of mods, buy a ton of DLC on sale a year or two later and play a whole new experience. For now however, Leviathans is very very far from an essential addition.

Stellaris and the expansion Leviathans are available on PC.