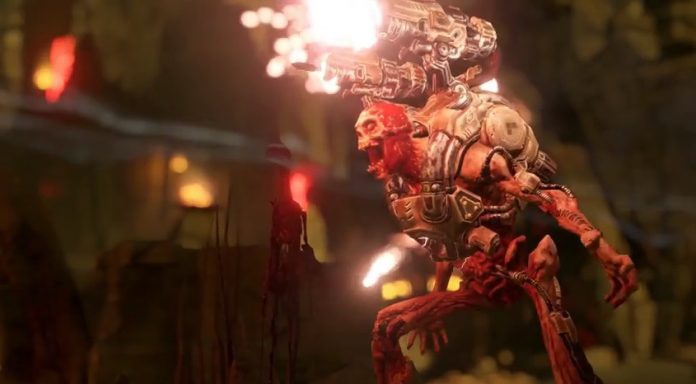 Eleven games scoring 10/10 might not sound like a minuscule amount, but when you take into consideration that we’ve reviewed over six hundred and forty games in 2016 – yes, you read that right – 11 is nothing. That’s 1.7%. That’s less than 2 out of every 100 games that we deem to be “the best of the best”.

That’s not to say that the other 98% are not worth playing, of course. Far from it. While some outlets may write off anything that scores 7 or under, we actually use the full breadth of our scale. A 5/10 is average – and therefore will be somewhat enjoyable to lots of people – and a 7/10 is good. But of course, those elusive 10/10s are the cream of the crop.

Here is a recap of the 11 games our reviewers have deemed worthy of a 10/10 during 2016, and their reasonings why.

Reviewed by Morgan Davies on 22 February

“While That Dragon, Cancer is quite niche and definitely isn’t everyone’s cup of tea, I’d strongly advise anyone to at least have a go at it. It’s easy to play and understand, it’s visually striking, and it’ll tear your heart out and throw it away without remorse. More importantly, it’s an honest game with real emotions laid bare for all to witness; there’s no sugar-coating here. The whole experience is a father’s love letter to his sick son and it really is something else, in terms of gaming. It’s practically impossible to compare to any other gaming experience that’s come before it, because it expands the boundaries of what peoples’ idea of video games are; they’re not just sadistic shoot ‘em ups or mind-numbing ridiculousness. Sometimes they’re real life; they’re heartbreaking and devastating. If for no other reason than that, That Dragon, Cancer deserves your attention.”

Reviewed by Ben Brown on 3 March

“I spent a very long time trying to come up with a reason to mark Unravel down as a game but I just… can’t! Really, I can’t think of one negative thing to say about it. From the visuals to the audio, the smooth and responsive gameplay (and lack of glitches) to the touching story/message; there is nothing wrong with this game. Honestly, if you even slightly enjoy puzzle or platformer games, even slightly, buy Unravel. Do it.”

Reviewed by Rich on 25 April

“Housemarque are one of those developers where you know full well that anything they release is going to be a spectacle; Super Stardust, Dead Nation and Resogun are all testament to that. It’s pretty safe to say though, after spending considerable time with Alienation and yet still finding it hard to drag myself away from it, that it is their most awe-inspiring, addictive and most well-rounded creation yet. When the only negative comment I can make about the game is that the difficulty of the last mission is perhaps pitched a little too highly, you should know it’s something special indeed. Alienation is undoubtedly one of the best games currently available on the PS4. Go buy it. Now. You won’t be disappointed.”

Reviewed by Rich on 17 May

“In the end, it’d be wrong to let DOOM’s simply adequate multiplayer portion sully what is otherwise an exceptional package. Between its action-packed campaign and the interesting SnapMap level editor, there’s more here to keep first-person shooter fans occupied than any other game in recent memory, and to put it bluntly, DOOM’s campaign is the most outlandish fun I’ve had with a game up to now during this console generation. Whilst its spectacular looks, smooth framerate and killer soundtrack play a large part in that, it’s the actual gameplay that is as exciting as it is tense and rewarding that really seals the deal. With DOOM, id Software has well and truly proven Shigeru Miyamoto’s “a delayed game is eventually good, but a rushed game is forever bad” way of thinking. Fast, bold, violent, and enjoyably daft, I’m glad id Software left DOOM baking in hell’s flames for so long before unleashing this masterpiece upon the world.”

Reviewed by Kieren Hawken on 1 July

“All in all Pac-Man 256 is just terrific; it’s without doubt one of the most addictive games I have ever played. The difficulty is balanced perfectly to help you progress, the power-up system is brilliantly designed and the gameplay is so simple that anyone can just pick up and play. I am finding it seriously difficult to find any fault at all with Pac-Man 256, especially considering the price of only £3.99!”

Reviewed by Becca Smith on 15 July

“What Tumblestone set out to do, it did flawlessly. It really surprised me, seeming like a typical casual matching game you might find on the app store, but instead impressing with all of its fantastic puzzle elements and creativity making it the best puzzle/matching game that I’ve played in a long time. There’s even the bonus of a hilarious storyline and fun characters to go along with it. With 40+ hours of story mode and a ton of multiplayer content, I’m sure I won’t be done with Tumblestone any time soon. I’m not one to hand out perfect scores often, but when a game has earned it, it’s earned it. Pick up Tumblestone if you love matching puzzles games but are bored of the same old thing. And don’t forget, you get to play as a sausage so it automatically gets extra points.”

Reviewed by Joseph Sale on 17 August

“Kingdom: New Lands is a world where even failure feels rewarding, because you’ll want to do better next time, even if just by one day, and it’s a world where you will lose all sense of time, just as in-game the days fly by and you suddenly find night upon you, your defensive battlements not yet ready for the swarm. It’s the first game in a long time I genuinely lost myself and looked at the clock with horror to discover it was past midnight.”

Reviewed by David Treharne on 18 September

“Even if you don’t consider yourself a fan of the genre, I beg you to give Stardust Galaxy Warriors game a try, and I think you’ll be pleasantly surprised. I’ve finished the multiple times, and can’t help but grab the nearest person available to come join in with me. Their reaction is the same as mine, and even people I consider non-gamers end up finding a level they can play at alongside me. Everyone from your uncle to grandfather has probably played Space Invaders at some point, so even they understand what’s going on if the difficulty options are turned down low enough. It can be your next LEGO Star Wars to play with family and friends who aren’t too versed in video games, and it can be your personal little Ikaruga if you want to test your skills.”

Reviewed by Rich on 20 September

“Forza Horizon 3, as you have probably already guessed, is something rather special. It’s probably as close to perfection as an arcade racer could possibly be. The visuals are simply phenomenal, the sound effects and soundtrack bring aural pleasure to your ears, and the gameplay is infectiously addictive. It’s the type of game that you sit down to play and before you know it three hours have passed in what seems like the blink of an eye. Even then, you’ll carry on playing, promising yourself that the next race will be your last, but it won’t. Trust me, it won’t. I’ve been there. Forza Horizon 3, with its sublime handling, unparalleled open-world and more content and features than you can shake a stick at, is a class-A drug without any downers. And once you’ve had a hit, it’ll be hard to escape its grasp.”

Reviewed by Kim on 6 October

“Shu is the ultimate benchmark in what an indie game can be. Games made in a small studio with a small budget are often tainted with a stigma of being sub-par just because they weren’t made under AAA conditions. Let Shu be an example to contest that. With perfect controls, a unique and totally enthralling gameplay system and a gorgeous visual style absolutely dripping with charm, Shu is undoubtedly the best platform game of recent years – AAA or otherwise. Do yourself a favour and give this gem a go; it may just be the best £10 you’ll spend this year.”

Reviewed by Sean Mesler on 31 October

“If Respawn had simply doubled-down and released the multiplayer for Titanfall 2 as it exists now, I would still easily recommend it. They’ve tweaked the existing formula in deeply satisfying ways that extend the life of the game immensely. However, by adding a truly surprising and impeccably designed single-player campaign that is consistently fun to play, as a package Titanfall 2 is the most pure, minute-to-minute fun I’ve had with any game this year.”