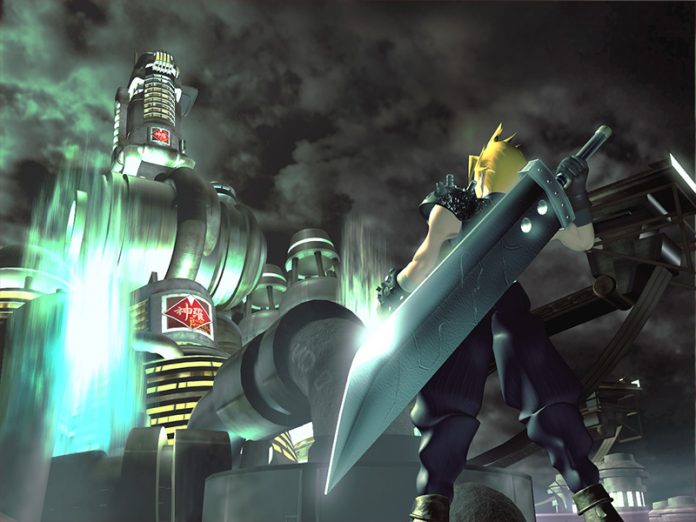 Originally debuting in Japan on 31st January 1997 for PlayStation 1, it later followed in the West, with a September release in North America and November in Europe. Whether or not you believe that VII is the best in the franchise, there’s no denying that the fan base behind it is arguably the most dedicated.

Final Fantasy VII was a big shift for the series, creating something bold, more mature and modern, with the intention of being more inviting to players who may not have been previously acquainted with the RPG genre. I’ve known friends, family members, classmates, and coworkers who were non-RPG fans that played this game upon release and I’m sure a lot of you out there could share the same story. From the original 1997 PS1 release to all ports in between, Final Fantasy VII is the best-selling title in the series with over 11 million units sold. 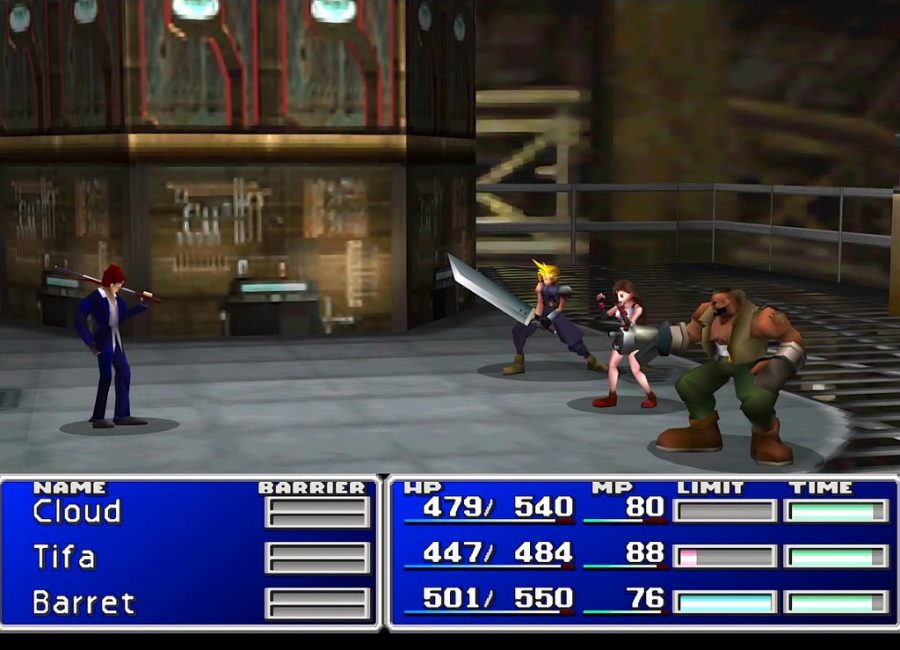 At the time of its release, I was ten years old, and Final Fantasy VII was my very first RPG. I loved playing games as a kid, but in the days before widespread internet I didn’t keep up to date with the latest news and releases since I didn’t ever read gaming magazines. Like many kids my age, my only two sources were TV commercials and seeing what was physically on the shop shelves. RPGs were a foreign concept to me, but when I saw that commercial for Final Fantasy VII after playing a SNES for five years, I was blown away and had to have it.

Thankfully, my older brother got a PlayStation 1, and bought Final Fantasy VII around the time of its North American launch.

I didn’t get to play much on weekdays as he usually had friends over. On weekends, however, he slept in pretty late (too much partying the night before – he was 18 at the time) so I took full advantage of this by creeping downstairs where his beloved PS1 lived. I’d sit on the floor in the dark, craning my neck up to see the 19-inch TV that proudly displayed Final Fantasy VII with its volume turned down low. It may not have been the best way to experience it, but nonetheless I was mesmerised and completely dedicated to the cause.

Other than how and where I played, there are two distinct memories I have of my first time with Final Fantasy VII.

First, I couldn’t get past the Midgar Zolom. I trained and trained and yet, no matter what level I reached, I just wasn’t good enough to beat it. When you exit Midgar onto the world map for the first time, the game automatically puts you in a top down perspective and I didn’t know you could change angles. Somehow, even though I must have ran past it dozens of times, I missed the Chocobo Ranch until I accidentally hit the button to change angles when it magically appeared behind me. Needless to say, I got a Chocobo and finally escaped that nightmare. 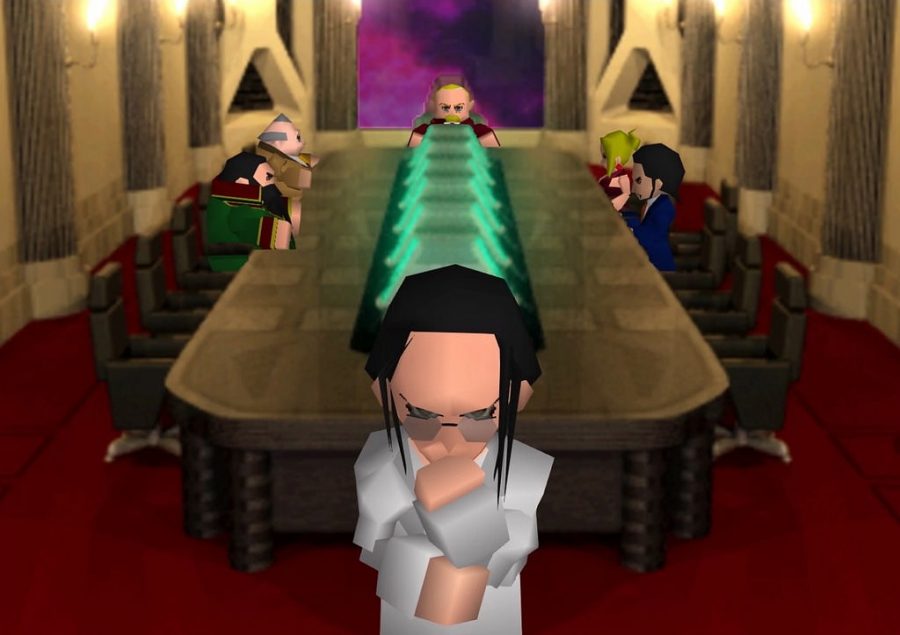 The second was toward the end of the game when you have to return the ancient key to the Forgotten City. I was stuck for what had to be months. This crisis was finally resolved when I went to Toys R Us with my dad one day and saw an official guide for Final Fantasy VII sat on the shelf. I skimmed through it in store in order to learn what needed to be done, but persuaded my dad to buy it for me since I realised there was other content I missed – including Yuffie and Vincent. That was the first strategy guide I owned.

With the help of my guide, I completed the game with much less difficulty. Since, I must have completed it at least another two times on PS1, again when it came to PS3 and PSP as a PS1 Classic, and once more when it was ported to PS4 in 2015. Each time I played, I tried to get as close to full completion as possible by maxing levels, Materia, limit breaks, Chocobo breeding, and so on. It usually took me about 70-80 hours before I was satisfied enough to tackle Sephiroth in the Northern Crater and move onto a new game.

Suffice it to say I know Final Fantasy VII pretty well, but so far I’ve still managed to learn something new with each playthrough. My time with the PS4 version is probably the most eye-opening experience, reflecting on whether or not the game has stood the test of time twenty years later.

The version that made it to PS4 is a port of the PC version of Final Fantasy VII, which originally released in 2013 as a HD Remaster of sorts. The character models, monsters, and overworld textures have all been smoothed, which, despite their polygonal quirks, look pretty good. However, most indoors locations use pre-rendered backgrounds which didn’t receive the same treatment so they look blurry in comparison.

The CG cutscenes were also left alone, but despite their age they still manage to look decent. The biggest improvement featured is three optional modes you can turn on and off at will. You can increase the game’s speed by three, activate no encounters, or enable regeneration on HP, MP, and your Limit Break meter. With these three components I was able to finish the game, with the majority of side quests completed, in less than thirty hours. The speed increase was the biggest help as I found battles were a lot slower than I remember.

That’s not all I learned on my latest outing with Final Fantasy VII, however. 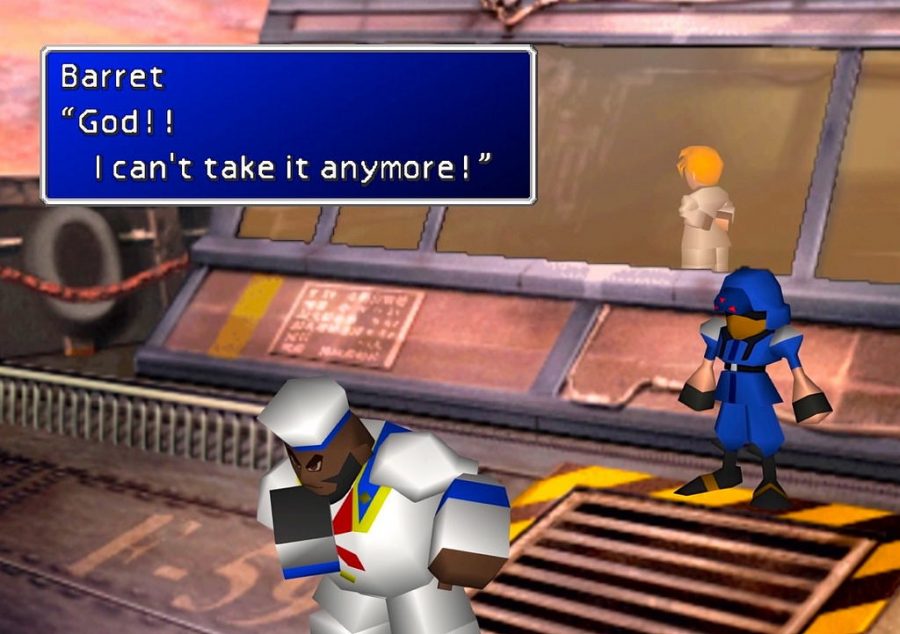 During my last playthrough on PS4, I made it a goal to switch out party members regularly to give me new perspectives on how certain characters reacted to events. For example, in the fight against Jenova after Aeris’ death, I used Yuffie and Vincent. Afterwards Vincent kind of just nods his condolences to Cloud, but Yuffie actually starts crying and gives him a big hug. Coming from her, it was both surprising and touching. It’s refreshing, after all this time, to see new interactions between characters that are so easily missed.

I also realised that, despite how mature the story got at times, it’s full of scenarios that are just downright bizarre. It begins with Cloud dressing up as a woman to impress a  pervert, to witnessing Hojo sunbathing on a beach in his full lab get up surrounded by girls. These scenes passed me by as a child as merely comical, but playing later in life shows them in a completely different light. There are also the minigames; these have always been a part of Final Fantasy games, but Final Fantasy VII took them to a whole other level. There’s the motorcycle chase, submarine expedition, Chocobo racing, snowboard slope, boxing in Golden Saucer, the slap fight between Tifa and Scarlet, Priscilla’s CPR, RTS battles at Fort Condor, the guard march in Junon, and so much more. Now some of those, like the CPR, may not be considered mini games, but more like gameplay novelties, but still, there’s no denying how packed Final Fantasy VII is.

Despite some caveats, I actually think Final Fantasy VII holds up pretty well and is a title I’m proud to still revisit from my library. The PS4 version is without a doubt the best option for players wanting to relive the experience and for newcomers as well. The three cheats make completion a cinch, which may go against an ethical code for certain gamers – but not for someone like me that has already proven his effort time and time again.

How it holds up in years to come remains unknown, but there’s no doubt this is a game that will forever have a place in mine – and millions of other gamers’ – hearts. Happy Birthday, Final Fantasy VII.