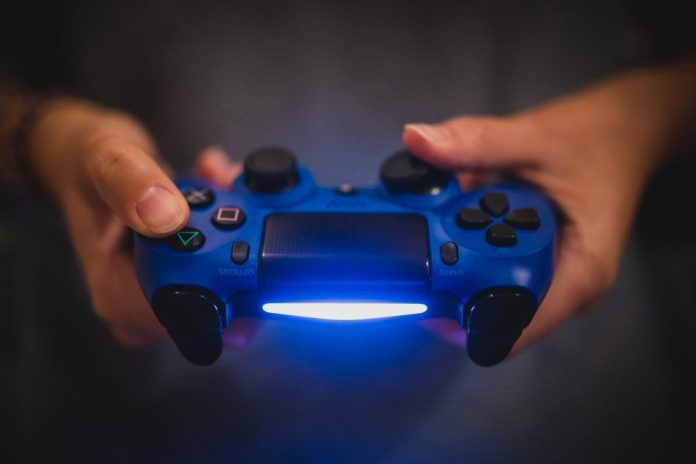 The recent runaway success of the PlayStation brand hasn’t been without its missteps. So much so that in some areas, Sony still falls flat on its face when compared to its competition.

The great PSN outage of 2011 is by far the best example of this. Paying customers were unable to access Sony’s online services for 23 days due to an external attack on their servers. 23 DAYS! Listening to some people, it was like the world had collapsed around them. Although a little hyperbolic, it left Sony executives embarrassed and scrambling frantically to find a fix. The hack compromised the personal details of 77 million accounts, making it one of the biggest data security breaches in history.

Sony’s biggest competitor Microsoft has never had to deal with a failing quite as colossal as the PSN outage. Sure, Microsoft have had their share of snafus. The biggest probably being the reveal of the Xbox One with its anti-consumer DRM measures and mandatory always-online internet connection. But nothing even comes close to someone stealing all your customers’ private data including addresses, credit card details and so on. Since the outage, Sony has certainly learned some harsh lessons, though there’s still plenty of room for improvement.  Here’s five thing Sony need to fix in 2017.

What might seem like an arbitrary complaint to some, try telling that to bongripper696969, xxxpousseymagnetxxx and talaban_911. At 13 years old, they were the talk of the playground. Now they’re all grown up and ashamed. Ashamed to play online for fear of ridicule of their terrible online aliases. We’ve all made mistakes but usually we’re given a chance to rectify them. Not with Sony. People that made their names over a decade ago when PSN first launched in 2006 are still stuck with their awful, embarrassing PSN names.

If Microsoft can do it (Xbox allows one free change and then charge you for further changes), why can’t Sony? My only hypothesis is that it’s a fundamental difference in how the PSN is structured, compared to its rivals, i.e. your name isn’t just a name. It’s how PSN identifies everything about you from purchases to trophies. Other services like Xbox Live tie your name back to separate identifier, meaning that your chosen name is simply what’s displayed. That said, you still log in to PSN with your email rather than your username, so who knows the real reason. Whatever it takes, please Shuhei. Just let us change our names. 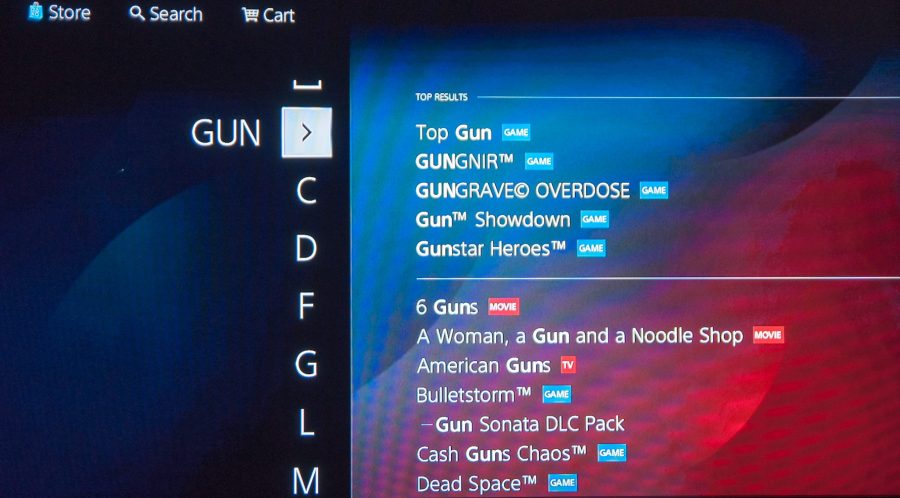 2. Improved search capabilities in the store

The Playstation Store is a huge, messy beast. Finding the content you want isn’t always that easy. All the big new releases get prominent store front displays, but what about if you’re looking for something a bit more obscure? Thank goodness for Sony’s search bar, right? Wrong!

Sony’s Playstation Store search function is slow, cumbersome and outdated. In any other instance where text entry is required, Sony allows for individual characters to be entered on a pop-up keyboard overlay using the Dualshock. Though slower than a real keyboard, it’s a sensible way to get around inputting sometimes a large number of characters on a controller. Why oh why then doesn’t the store use this same feature?

Instead, the PSN store opts for a scrolling wheel of characters, every time starting at the beginning of the alphabet. You have to scroll through the alphabet to find the first letter of the game’s title, select it, then scroll through again to find the second and so on. It’s can be very time-consuming and very inefficient. The store does throw up some suggestions of what you might be looking for, but it really shouldn’t be this difficult. I’m trying to give you my money, Sony. Make it easier for me to do so.

To some people, trophies are meaningless. A small distraction that pops up every now and again, letting them know they’ve achieved something they didn’t even know they were doing. To others, they are everything. They’re a measure of one’s gaming achievements and prowess tracked over time, giving bragging rights to those that manage to secure a trophy where so many others have tried and failed.

The problem is that whilst trophies are important to some people, there is no consistency in their worth. Trophies ranked from bronze, silver, gold to platinum are achieved in games for performing certain acts or meeting specific criteria. Platinum trophies are awarded once all other trophies in the game have been collected. They are the mark of a true completionist. 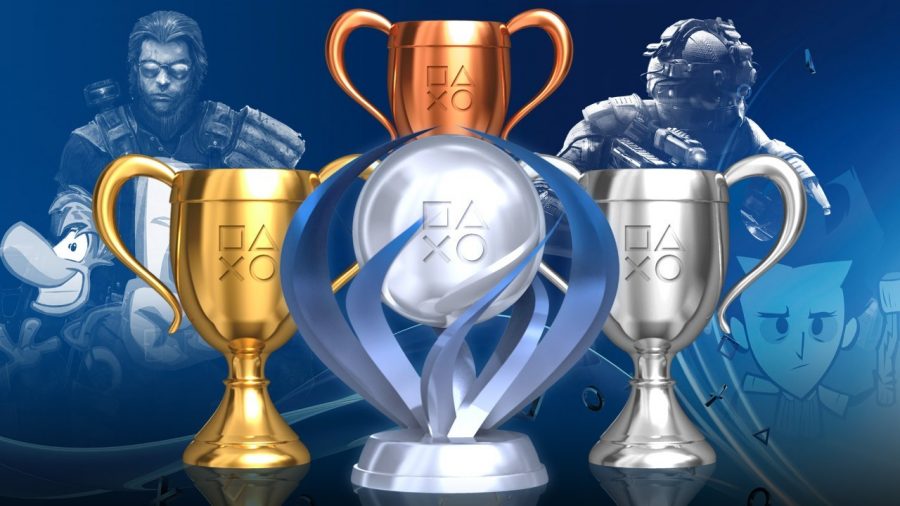 Take for example The Witcher 3: Wild Hunt: a humongous open world RPG with a total of 79 trophies to collect, including a platinum. It takes on average upwards of 100-150 hours to achieve the platinum trophy. Now take a look at My Name is Mayo – a game about tapping on a jar of mayonnaise. The game has 51 trophies including a platinum that takes at the most two hours to achieve. Both these platinums come with the same worth when it comes to improving a player’s trophy rank, yet one is significantly more difficult and time-consuming to achieve.

Credit where credit is due though. Green Lava Studios, the developers of My Name is Mayo knew what they were doing. They knew people would buy their crappy £3 game just for an easy platinum, and Sony let them do it.

Then there are games that dish out platinums just for completing the game. Telltale Games are the biggest guilty party when it comes to this. The majority of their games will award a coveted platinum trophy just for beating the story, which usually lasts around 10-12 hours. Finally, there are the games with no platinum trophy at all. So many indie games or shorter experiences aren’t given platinums, with the reasoning usually being argued as, “it’s too easy to complete,” or “the game is too short to warrant a platinum”. In both these instances, try arguing that after playing My Name is Mayo.

In short, Sony is damaging its own carefully orchestrated trophy ecosystem through lack of oversight when it comes to developers dishing out (or not in some cases) trophies, not just platinums.

In most games I play, I follow a specific methodology. I’d consider myself a completionist – spending hours, sometimes hundreds of hours in a game; exploring every nook and cranny, hunting down every collectable and mercilessly murdering every enemy in every way the game allows. I suffer from FOMO (fear of missing out) where the thought of never talking to NPC #392 and not completing irrelevant sidequest #689 is terrifying. I’m not an avid trophy hunter, but when I decide to go for a platinum, it has a habit of consuming me to unhealthy levels.

Imagine the frustration when, on my third playthrough of 2016’s DOOM, after killing the Spider Mastermind again, unlocking all weapon mods and everything else the trophy list asked of me, I still had several trophies missing. “How is this possible?” I thought. “There must be some rational explanation for this.” I went back and checked my mission reports. Everything looked good – every objective on every level had been completed. I started to panic. After a quick google search, I discovered that there were many other people in my situation. And it turns out, several of the trophies in DOOM are broken and refuse to register upon completion. Well, thanks a bunch!

Now, that’s not to say I didn’t enjoy the game. Infact, it still managed to be my 3rd favourite game of 2016. But the whole thing did leave me feeling a little short changed. I’d done the hard work but for little reward – even if the reward was a small immaterial, pixelated image with zero real world value whatsoever. There should be more safeguards in place to stop this kind of frustrating glitch from happening. Developers and Sony should be held more accountable for glitched trophies. 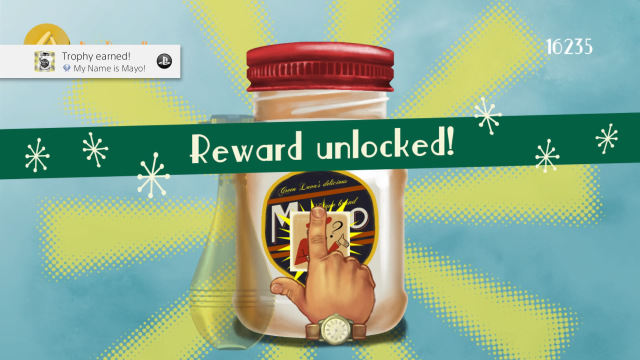 5. Tighter curation of the Store

I get to see another fear of mine unfolding before my eyes, every time I log on to the Playstation Store. I can see it happening: the Playstation Store is slowly but surely becoming more like the Appstore; a mostly vapid sea of pointless garbage, awash with microtransactions and dull tower defence clones.

At the time of writing, there are currently 4,298 games listed for purchase on the UK Playstation Store. That’s a fair few games. One of the biggest problems the store faces is its curation. Sony retains the power to vet and give its seal of approval to every piece of content on its store. I get that it’s a hard line to draw – allowing developers to sell their games even if they aren’t very good, to outright refusing a game from the platform due to its poor standard.

But surely, SURELY, we didn’t need a game about tapping a jar of mayonnaise. But then again, with Sony taking a cut from every game sold on their store, what do they care? In the end, it’s up to the consumer to make an informed decision about which products they buy. But I can’t help but think that by improving the overall quality of their available products, they’d entice new players into the eco-system. After all, we’d all rather play “good” games than “bad”games.