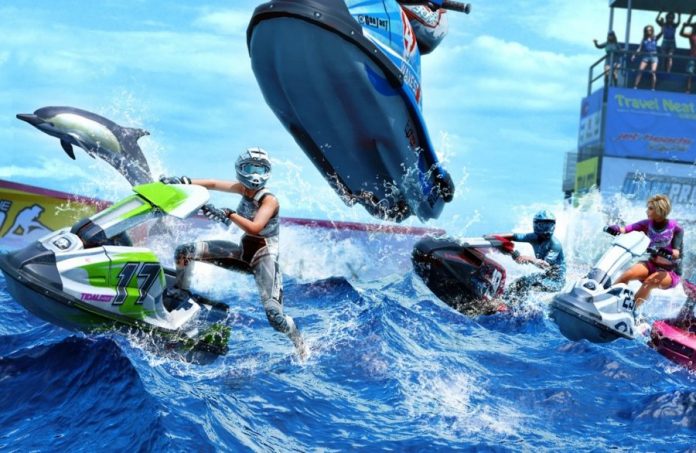 When first hearing the catchy name of Aqua Moto Racing Utopia, you’d be forgiven for thinking that these seemingly unrelated words had been smashed together in the attempt to form the title of a late 90’s boyband.

Alas, Aqua Moto Racing Utopia actually refers to the new jet ski arcade racer from developer Zordix, which – following an earlier release on PC – has finally made its way to PS4. The result is an ambitious yet unabashedly flawed throwback to the wave-based racers of old which unfortunately leaves a lot to be desired.

Sporting a genuinely promising number of machines to master and tracks to tackle, the basic idea of Aqua Moto Racing Utopia is simple. It’s a jet ski arcade racer that ushers players down a choice of three separate racing styles, each containing their own share of 20 or so separate championships. The goal is, unsurprisingly, to finish first in every respective race in order to rack up currency and progress the career, with the difficulty ramping up as you go.

Anyone familiar with the fundamental workings of a Mario Kart game will find themselves right at home, with the only exception being that this time you’re swapping out Rainbow Road for the Alligator Swamplands. Aqua Moto Racing Utopia is by no means short on content, with 50 circuits to crack across 10 visually distinct locations; it’s just a shame that once the engines start to rumble and the klaxon sounds off, it so quickly falls apart.

You see, this is jet ski racing. Not speedway, not Formula 1: jet ski racing. What this essentially means is that rather than simply making your way around a tarmacked track in a bid to be the first one over the finish line, you’ll be required to swerve, roll, and zoom your way around the many sporadically-placed buoys present throughout each water course. Unlike most modern racers popular today, Aqua Moto Racing Utopia is more about control instead of pure speed, with the game awarding you more boost the more accurate you are, in true Burnout fashion. Don’t get too excited however – the comparison stops there. The decision to add a boost mechanic at all makes sense for a game seeking to instil an arcade-like feel, but when hoping to make a perfectly-timed tight corner the last thing you want to be doing is boosting out of bounds. It doesn’t always work, but at the end of the day it’s a feature you’re never forced to use. 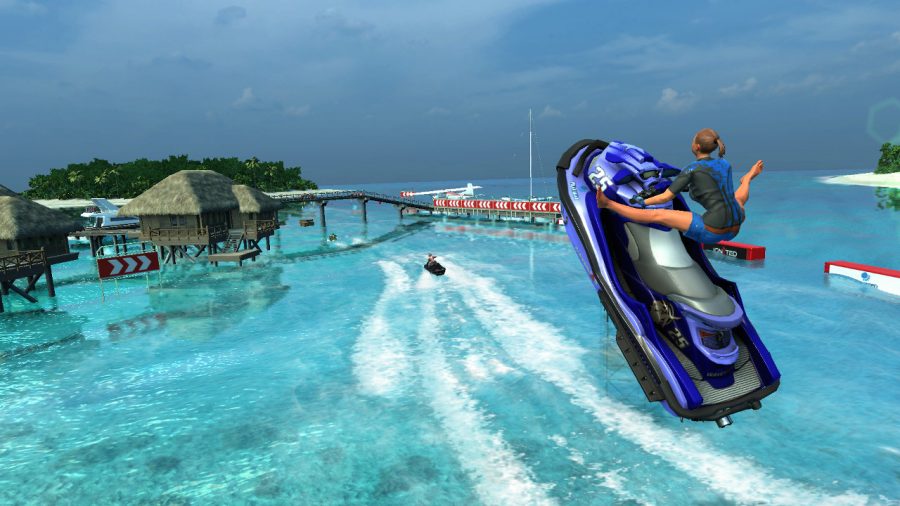 On top of this, any sense of thrill or fun is quickly pulled away from under your nose thanks to some of the most aggressive and forcefully competitive AI that I have ever seen within a racing game. Picture this: moments after setting off on jet ski, you’re just about to hold down that left bumper for the purposes of making the perfect corner around the upcoming buoy, only to be slammed by seven other enemy AI racers and being thrown out of whack, forcing you to restart the race.

I lost count how many times I was forced to do this when progressing through each championship race, with it being immediately made clear that if you wish to pull off the “perfect” cornering manoeuvre around a buoy, you must do so at the risk of being knocked six ways from Sunday. This is strange considering that the game actively encourages you to be as close to each buoy as possible when passing, yet any attempt you make at attempting this generally results in the biggest vehicular pile-up in any professional sports race.

This consistent, at times game-breaking factor can only be described as a persistent source of annoyance, sucking away any existing fun factor or innovation Aqua Moto Racing Utopia otherwise presents in its fairly decent progression system, racing controls, or art-style. It even reached the point where I started to question myself whether this was an intentional design choice by the game in order to make the life of the game last longer, or even an attempt to present itself as somewhat of a racing roguelike.

For all of Aqua Moto Racing Utopia’s light sense of fun and nostalgic reminiscence of past games like Wave Race 64 and Jet Moto, the act of taking to the waves is unfortunately tarnished by some frustratingly aggressive AI and a general lack of polish or general respect for the player. The outcome is a final product that can only serve to appease the small section of the gaming audience that enjoys being punished, resulting in an experience that is more “Oh no!” than “Yeah buoy!”.

Aqua Moto Racing Utopia is available on PS4 and PC. We reviewed the PS4 version.