Double Dragon is one of the forefathers of the beat’em up genre. While it started in arcades, most gamers are probably more familiar with the NES port. No matter what version you’ve played, most of them blend together. For 30 years there’s actually not a lot to go through, but that said, it’s also kind of confusing. So in anticipation of Double Dragon IV’s upcoming launch, here’s a brief history on the series.

The original game debuted in arcades in July 1987. The plot follows the struggles of brothers Billy and Jimmy Lee after the evil Black Warriors gang stole Billy’s girlfriend, Marian. Double Dragon is actually a spiritual successor to an earlier game developed by Technos Japan: Renegade. It improved many features from Renegade including co-op and being able to pick up weapons. It’s one of the earliest examples of a brawler/beat’em up that led to the popularisation of the genre. Due to its success, it was ported to many different consoles including NES, Game Boy, Sega Master System, ZX Spectrum, and Atari 2600. Most of these ports tried to emulate the arcade version, but due to limitations, they were altered not only graphically, but with content as well. The only version closest to the original, while adding new stages and remixed music is the 2003 Game Boy Advance title, Double Dragon Advance. For me, it’s the best version of the game to play, although there’s nothing quite like the nostalgia of the NES. 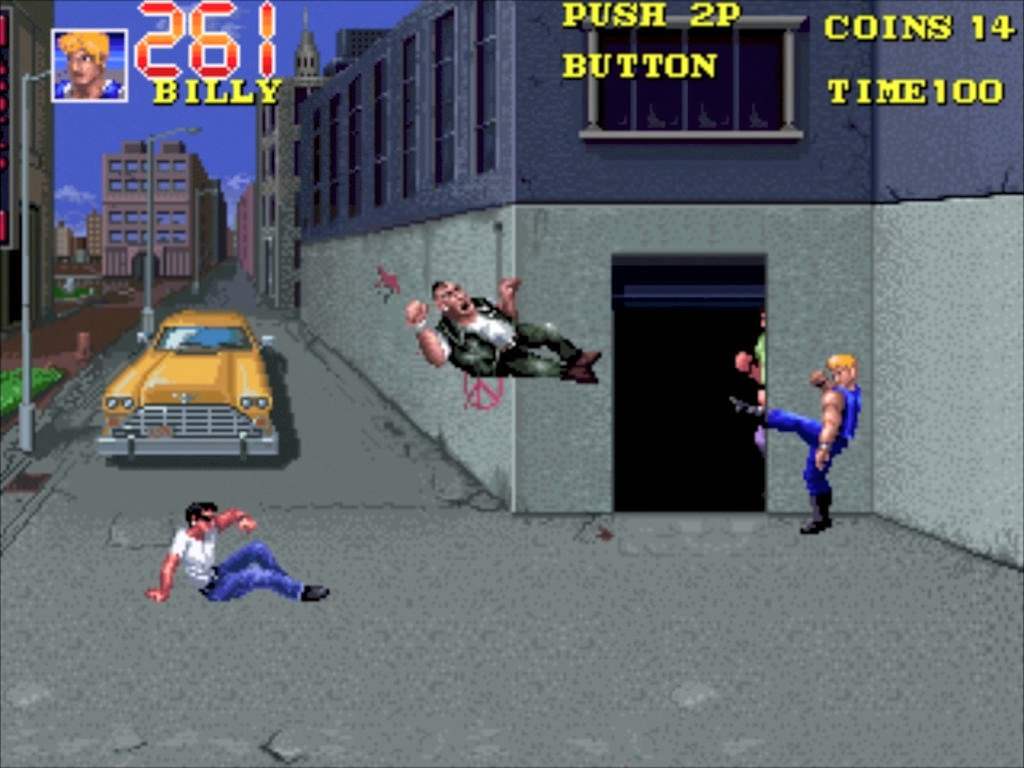 The sequel, Double Dragon II: The Revenge, released in arcades in December 1988. It begins with the Black Warriors killing Marian, which even by today’s game standards is a pretty bleak way to start a game. Mechanically it’s marginally better than the first, but there’s not much else to say on it. The interesting parts of this second iteration are its ports – namely the NES and Game Boy versions. They’re both simply titled Double Dragon II and follow similar plotlines, but are considered their own game; sort of like parallel adventures.

There’s one other crazy outlier to Double Dragon II. Double Dragon II: Wander of the Dragons launched digitally for the Xbox 360 on 5 April 2013. Essentially, it’s a remake based on the arcade version with a lot of “improvements” although they weren’t implemented well. It is probably the worst of all Double Dragon titles; its Metascore is currently sitting at 17/100 from 19 outlets, which is the second lowest reviewed game for the system (beat only by Yaris, which is an ‘advergame’ where players drive a Toyota Yaris). Despite this, it’s still available on the Xbox Live marketplace if you want to fork over $10, but I wouldn’t recommend it.

Let’s get to the third game: Double Dragon 3: The Rosetta Stone, which launched in arcades in November 1990. This is where the story gets rather crazy: the brothers are trying to collect mystical stones around the world in order to fight Cleopatra. Yes, the Cleopatra. On top of that, it’s one of the earliest examples of a pay-to-win model: feeding more coins into the arcade unit could beef up your character. More than the earlier games, the NES version, entitled Double Dragon 3: The Sacred Stones, was a step beyond the usual rearranging. Yes, the essential plot still revolves around stones, but its execution is rather different. In fact, Double Dragon IV follows on from these events rather than the original arcade version; the NES game is generally seen to be the true successor. This is because East Technology developed the arcade unit, while the NES version was later created by the original developers Technos Japan. 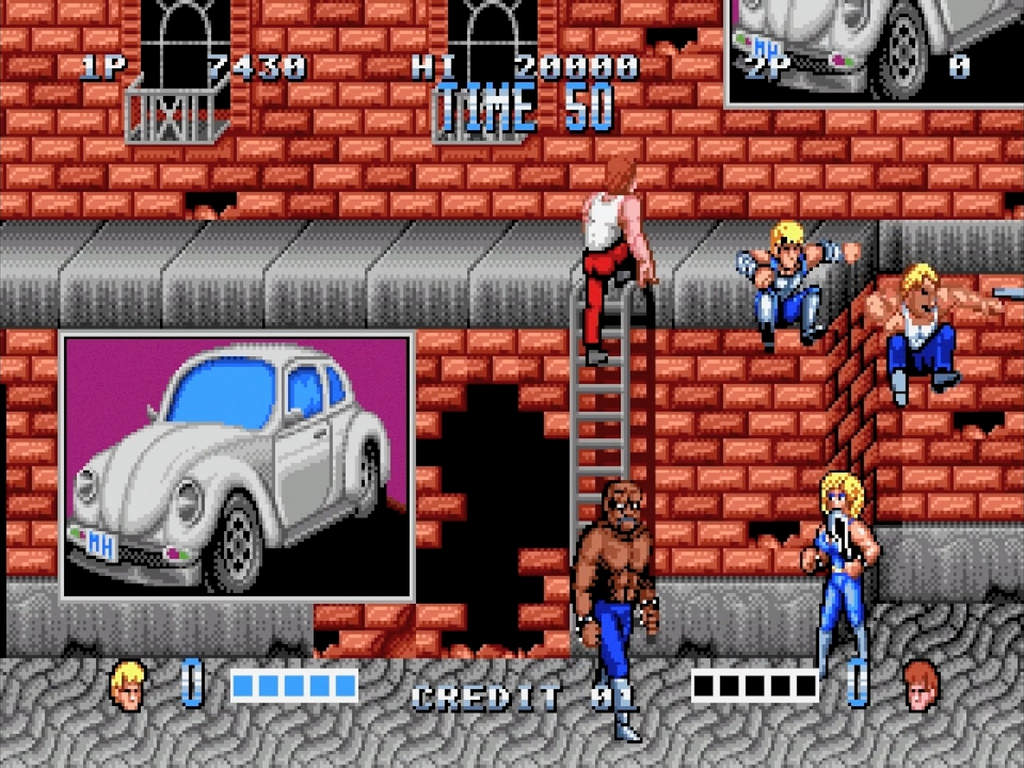 Thankfully, from here things get a little easier to follow in terms of releases. October 1992 saw the release of Super Double Dragon on he Super Nintendo. Gameplay received a significant upgrade including improved weapon animations, a guard and counter move set, a special attack called Dragon Power, and Billy and Jimmy play differently. In addition, the 16-Bit pixel sprites were a massive improvement – it still looks good today. Plot wise, it dialled back the supernatural to focus on some good old butt-kicking of the Black Warriors. Nice upgrades, but more of the same.

The next two entries are fighting games released alongside a cartoon and film within the franchise. First we have Double Dragon V: The Dragon Falls, which launched on the SNES and SEGA Genesis in 1994 and a year later for the Atari Jaguar and is based on the American-made cartoon show. The other game, simply entitled Double Dragon, released for the Neo-Geo in 1995 and a year later for PS1. Both versions were exclusive to Japan even though the game was based on an American-made film. And no, if you’re curious, both media projects are not good – though the movie does have campy goodness about it. In terms of what game is better; well, they’re also pretty poor.

Coming more up to date, the last original game released in the franchise was Double Dragon Neon, launching digitally on the PS3 and Xbox 360 in 2012, and for PC two year later. It was developed by WayForward Technologies as sort of an over-the-top homage to the entire series with items to equip, new power ups, and another wacky adventure similar to the supernatural stuff in the third game. It’s probably the best game to play nowadays while still evoking that classic feeling of Double Dragon.

I’m curious how Double Dragon IV will stack up, but we’ll see at the end of the month when it’ll debut digitally for the PS4 and PC. Happy 30th Anniversary, Double Dragon, and thank you for all your confusing glory.