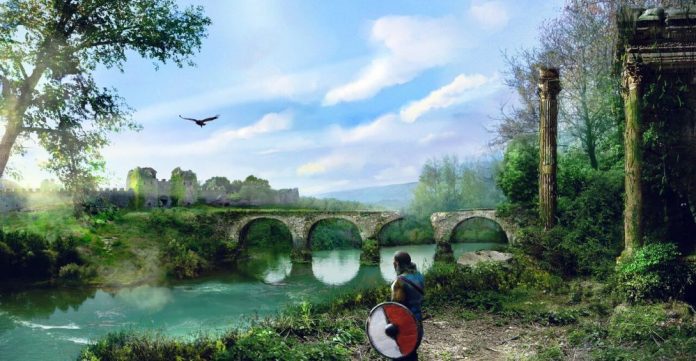 We begin our Viking journey not with hornless helms and bearded axes strewn about on the battlefield, but at a funeral of your absentee Viking father who embarked on a journey to find new lands to plunder but only ended up neglecting his tribe and family.

It falls to your tailor-made Viking son to step out of his father’s short shadow and decide the fate of his newly inherited people.

With a top-down, largely dialogue-based team RPG adventure, a somewhat clunky interface reminiscent of Divinity: Original Sin, a turn-by-turn hexagon-based combat system and Norse aesthetic akin to Banner Saga, Expeditions:Viking instantly seems to have a hell of a lot going for it. The idea of a loosely historical adventure/management game that puts you in the shoes of a Norse leader is exactly that type of role-playing experience I can happily get behind.

Cruising through the beginning portions of the game, I must say that I was pleasantly surprised by how engrossed in the experience I was. Much like the aforementioned Divinity, Expeditions: Viking might not much be to look at graphically but more than compensates for this with a well-written storyline whose threads kept me invested throughout my playtime. I got a good sense that I could shape the kind of character I wanted to make, and the world and characters seemed to react appropriately to my decisions in this regard. 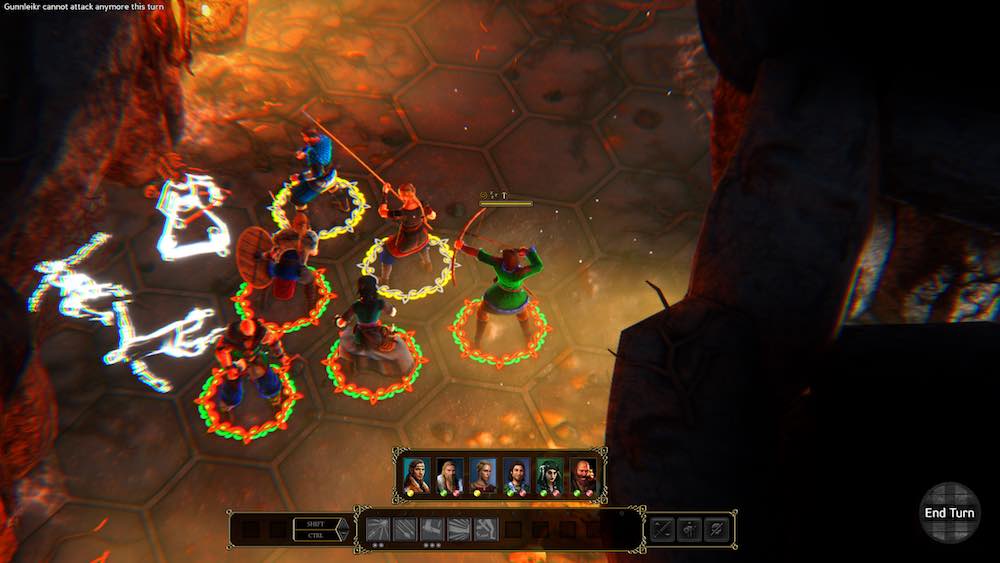 In terms of adventure, there seems to be quite a lot of it; my forays into the first major town outside the village base and the accompanying side quests made it feel as though there is a load of content still waiting for me to conquer. I’m glad for it too; a lot of the worldbuilding elements, although a bit heavy on RPG tropes, seem to be packed with potential connections and content to explore. I feel appropriately powerful as a minor lord in Denmark; my decisions and interactions feel legitimate and weighty.

There also seems to be some base/resource management which I’ve yet to get far enough to sink my teeth into, but it looks to add some more macro decision making to the mix. The characters are distinctive and show signs of strong development; there are a solid amount of passives, skills and attributes to experiment with; and there are plenty of items, crafting and specialisations to mould the team composition you want.

Expeditions: Viking‘s combat is a bit more standard, playing like a tabletop game such as Warhammer and as a result, I’m slightly less enthused about these elements. It is true, however, that decisions made outside the battlefield matter a lot, even early on, so a bruiser with a sword and shield really does feel specialised. On the other hand, abilities are a bit lacklustre, as a sterile walk-x-amount-of-squares-and-batter-with-axe (and repeat) makes for a bit of a bland experience. Enemies are a bit wonky too, with some wandering off into nonsensical directions and others taking weird routes to get at your team. Threats are not really clear as an old unarmed grandma might pop off with more damage than a burly guy with an axe. Other than that, it’s fairly strategic, as positioning of certain classes, calculating kill damage and enemy compositions also feel rewarding to think about. Thematically however, seeing as how we’re playing against and with Norse warriors, it seems a bit dissonant to have a largely slow paced and thoughtful combat system permeate through the whole game. 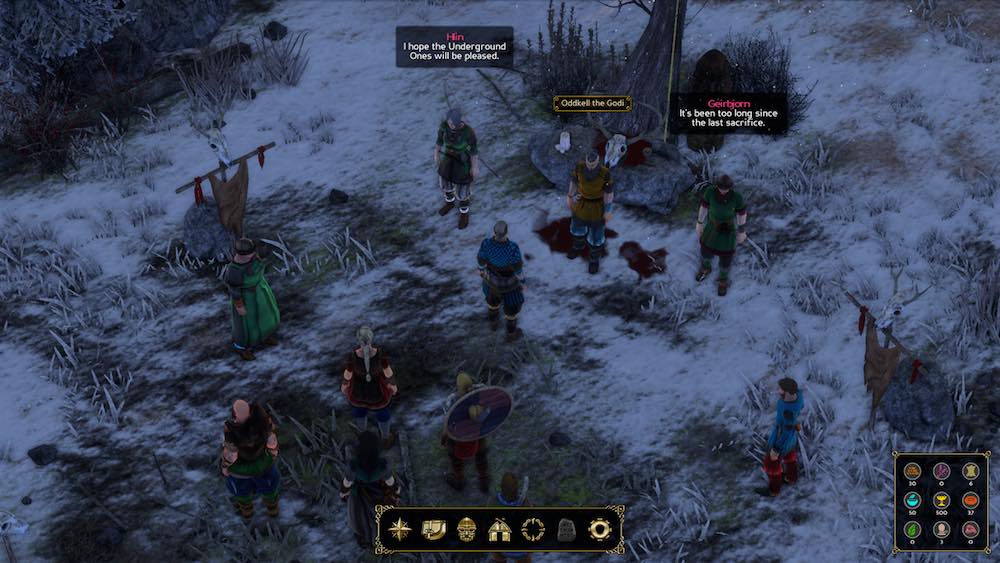 In fact, one of the biggest issues I had during the time I spent with Expeditions: Viking was with this thematic dissonance between the game’s mechanics and setting. Thinking about Norse combat, my brain conjures up: brutal, vicious, visceral, primal. The game supplies me with slow, thoughtful, turn based and sterile. The characters are distinct and developed but feel a little bit too cheery and steeped in recognisable themes and caricature for my taste. The story does utilise the location, confusing names and rites of Viking society, but the rest of the game sadly doesn’t really follow suit, leading to a bit of a disjointed atmosphere.

All in all though, there’s quite a bit to look forward to in the impending release of Expeditions: Viking, especially when it comes to getting the feel of minor leadership and story freedom. While the game still needs some polish and I have some concerns about thematic unity and the lacklustre combat system, overall it feels like something worth getting excited about. For a game that puts you personally in charge of your own little nation, I have some pretty high expectations for this one.

Expeditions: Viking is set to release on PC later in Q1.