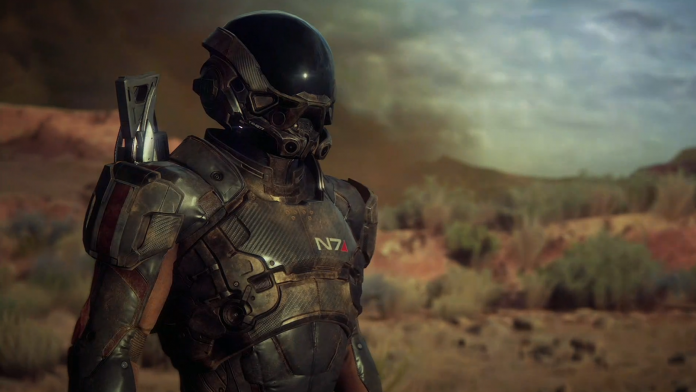 Mass Effect: Andromeda finally had its release date officially revealed yesterday. To welcome in the new era of a Mass Effect game actually being this close, new gameplay footage was shown off at CES last night – being played on an Nvidia machine.

The trailer shows off what some of the more action-oriented combat will feel like – Mass Effect is still a tactical cover-shooter after all – with flamethrowers, dashing and, yes, jumping. We also get a look at the rather unfriendly-for-PC menus and general UI – as well as the new and improved skill system.

All in all, it looks alright. I think most will agree that Mass Effect’s focus has never been on combat – and it certainly isn’t Bioware’s strong suit – but rather on characters and interaction. Of course, it’s worth noting, this particular CES keynote’s primary function was to show off the power of Nvidia architecture.

Mass Effect: Andromeda launch March 21 in North America and March 23 in Europe. For a closer, in-depth look at what to expect check out our guide.