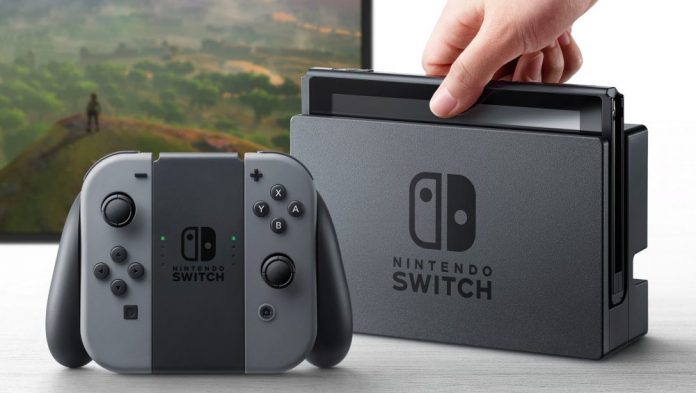 It’s been a long wait, but all the Nintendo Switch secrets have finally been unveiled, mostly.

The event began with Nintendo President Tatsumi Kimishima announcing the release date globally as 3rd March 3 with a $300/£280 price tag. There will be a dedicated online service, Nintendo Online Service, which will be a priced service come Autumn 2017 and can be accessed via any smart device along with the actual Nintendo Switch console.

Several features about the console were unveiled including it being the first home console to be region free, the battery will last anywhere from 2.5 to 6 hours, and, when undocked, up to eight systems can be connected for local multiplayer.

The Joy Con controllers will come in red and blue variations; there’s a button for video and screenshot capturing; they support motion controls; and have HD sound and rumble features. Plus there are wrist straps that come with the console if you need to use the Joy Cons as motion controllers for various games.

There were a ton of game announcements, including a port of The Elder Scrolls V: Skyrim, Dragoon Quest X, Dragon Quest XI, Dragon Quest Heroes 1-2, a sequel to No More Heroes without a confirmed name, Splatoon 2, Super Mario Odyssey, Xenoblade Chronicles 2, Fire Emblem Warriors, a new Shin Megami Tensei game, Project Octopath Traveler, ARMS, 1-2 Switch, and this year’s FIFA title. There were several other games included in a sizzle reel with unconfirmed names including Mario Kart, which could be just a port of Mario Kart 8, a Sonic game, a Disgaea title which looked like the fifth entry, and several others.

Nintendo closed out their event with a new The Legend of Zelda: Breath of the Wild trailer, which confirmed two things. One, it will be the first official Zelda with voice acting. Two, it will release at launch. 1-2 Switch is the only other game confirmed to be releasing on March 3. Splatoon 2 is set for Summer, ARMS is set for Spring, and Super Mario Odyssey is planned for Holiday. The other games from third parties had no details.

You can view the press conference in full at Nintendo’s YouTube Channel to see all of these surprises and more in motion along with individual trailers.