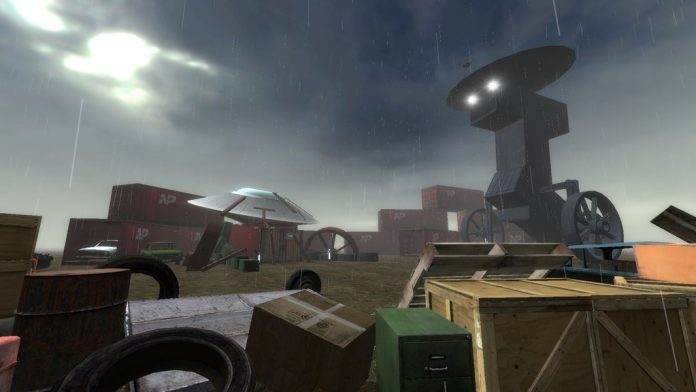 This is our fourth and final part of our overview on machinima series. We’ve discussed its definition, its practical execution, and in part 3 we discussed the communities and platforms used to promote and share works with others online. Now we’re going to look at notable examples of machinima over the years to see how the improving state of video game graphics helped steer the way.

What sort of Machinima was big back then? Again, I’m going to heavily focus on Halo 2 since it was the most prominent title for machinima’s early growth, but there’ll be mentions of others as we go. United Ranger Films deserve a mention with their short machinima Diary of a Camper. Perhaps the first real machinima, or at least the first one that was notable. Also fairly early on was Ill Clan’s Apartment Huntin’. Ill Clan went on to make Tra5h Ta1k, which was a very popular talk show format machinima for the time that later hosted the Machinima Festival alongside Red Vs Blue and a few other popular shows such as This Spartan Life. This Spartan Life actually enjoyed massive success alongside Red Vs Blue: Microsoft hired them to create machinima shorts alongside certain promotional events. There was a collaborative effort by a few Machinima creators such as TSL and RvB as the release of Halo 3 began to draw near. In fact, the special edition of Halo 3 came with a This Spartan Life picture pack and theme for your Xbox 360. That’s how big machinima was for Halo; even Microsoft took notice!

Obviously, Roosterteeth’s Red vs Blue was huge, and they even went on to make a fairly successful Sims 2 machinima called The Strangerhood. Paul Marino of the Ill Clan went on to make a very popular Half Life 2 music video called “I’m Still Seeing Breen”, which became the most watched machinima for a very long time after its upload. The fact that Half Life 2 was easily moddable  and had a whole range of tools meant that it was possible to create high-quality machinima that would rival the visual style of a 3D animated film very easily. There were some short machinima pieces such as Civil Protection that looked as high-quality as professional 3D animation; perhaps one of the most important serious machinima attempts was A Few Good G-Men, which took the famous courtroom scene of the film A Few Good Men and re-made it with Half Life 2 characters, complete with realistic lip sync and animation. 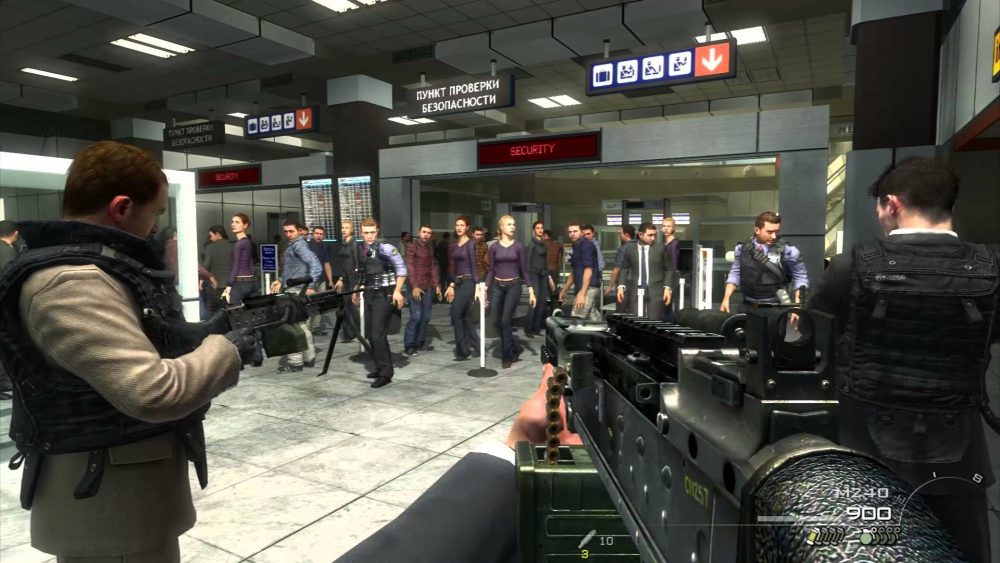 Machinima as a concept even made it outside the realms of YouTube and earlier video sharing utilities. Time Commanders was a professionally made TV programme aired on BBC, which took the RTS game Total War and used it to reenact popular historical battles for the show.

Of course, since most amateur machinima creators weren’t technically minded beyond creating basic projects, games like Half Life 2 and anything that required modding or technical input would be largely ignored. This is why were largely still only saw Halo machinima for a while, and we also have the success of Red vs Blue to thank for that. Ignoring amateur attempts however, there was a great deal of high-quality Halo machinima around. To mention only a few: The Codex Series; Gameplay May Change During Online Play; HMV Hell; Dodo Tales; Spriggs; and Arby ‘n’ The Chief. Then you’ve got anything that HollywoodHalo (imsuck specifically) and SodaGod (P.I.E, Pestilence, and Jungle Trigonometry) touched, alongside Darkspire Films and countless others.

There have been some other interesting creations like the F.E.A.R-based Panics from Roosterteeth, “Make Love Not Warcraft” from the South Park studio, and one of my favourite machinima movies ever, War Of The Servers; a 90-minute epic made in Garry’s Mod for Half Life 2. It’s a fantastic feature-length film that parodies War of the Worlds, with a an outbreak of n00bs infiltrating every server and ruining the game for everyone. There was also Half Life: Full-Life Consequences alongside a few others made in Half Life 2 around the same time, such as The Gmod Idiot Box and the very creative music video “Ballad of Half Life 2”.

From here, we begin to move towards more recent years, where games like Call of Duty 4 began to dominate the market alongside Gears of War and other more serious/gritty titles like GTA IV. Machinima of the time began to reflect this, and we had such creations as The Trashmaster made in GTA IV, Retaliation made in CoD4, and the comedic Out of Service made in Gears of War. Comedy was still a prominent genre as it allowed for the production quality to be a bit sloppy and informal yet still be received well, but the more realistic tone of these more modern games meant that machinimators could afford to start trying a little harder without being held back by the game’s graphics.

Amongst all of this, tools like The Movies from Lionhead, iClone, MovieStorm, and even Second Life, gave users huge control over how they operated camera angles, planned and timed interactions and movements from characters, and how objects behaved and looked. Even The Sims incorporated more interesting camera systems for controlling how you navigated the game’s 3D space, which meant the video/photo feature of the game could be utilised to make very intricate and detailed movies that other games couldn’t replicate as accurately. Second Life became a popular tool for machinima thanks to its high level of customisation; it allowed you to load assets created by other people for your own needs.

MMO titles such as World of Warcraft also saw a lot of attention from people such as Oxhorn, pushing the boundaries of what the games could be used for, with advanced greenscreen effects and heavy video editing special effects usage. The PC machinima scene was a lot more advanced than consoles for obvious reasons, namely modding, higher resolutions and finer controls. Some mods existed solely for the purpose of machinima creation, with games as recent as GTA V having director modes and tools that specifically cater to machinimators.

Arriving at modern machinima however, such as Sanity Not Included and Ignus Solus, it’s largely slipped off the radar. Perhaps it’s because the key machinimators of the time grew up and became professional 3D animators or game designers, or moved into more professional areas of work with the skills they honed during their machinima years. Considering that the tools are easier than ever to use, with modern-gen consoles even recording video for you easily without need of a capture card, there’s practically every reason for machinima to have blown up even more over recent years and become much bigger as a result. The fact that it’s become an even smaller niche is a mystery. 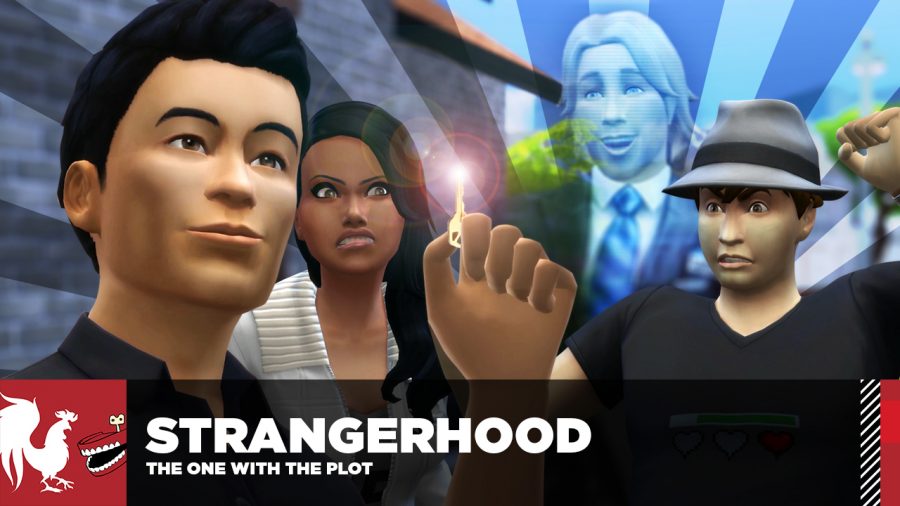 With the widespread rise of YouTube and social video sharing in general, perhaps the interest lies more in “Let’s Play”-style videos than actual narrative pieces made in the games themselves. It’s unfortunate, because gamers becoming involved in creating their own machinima was an interesting and creative endeavour for us in the mid- to late-2000s, and it fostered cooperation and learning which benefitted us all as a community. As individuals in general, it helped us grow our digital media skillsets and gave us an outlet for our creative talents and desires. For many of us, it helped land our future jobs and shaped our decisions of what we wanted to do with our lives, discovering talents we didn’t know we had.

Although the “Let’s Play” video and streaming scene is booming, and there’s never been a time where community driven and created gaming-related content has been at this level of quantity and quality, I feel something has been lost by neglecting the more narrative-based focus machinima was known for. If you view the examples I’ve provided below or look up some of the titles I’ve mentioned over this series of articles, there’s no denying that there’s something there; something intangible that we’ve been missing recently. Whatever that little piece of magic is, I haven’t seen anything worth mentioning in recent years. Sure, there’s the occasional Minecraft machinima I see go up; very rarely a Battlefield machinima that tries to capture the horror of war somehow, or a random Halo Mmchinima pops up, but in comparison to machinima’s peak some 10 years ago, those days are far gone. Whether it’s due to how the interest and tastes of viewers and gamers has changed or whether it’s because machinima’s exposure has become diluted amongst thousands of other more popular videos, something changed, and we don’t seem to be going back anytime soon.

Personally, I believe that it’s because 3D animation has recently became much more easily accessible to people, and powerful PCs are more affordable. Those people who may have at one time created machinima now have the means and inclination to create 3D animation that doesn’t need to rely on a video game. Still, I think there are benefits to using a video game to shoot your next creative idea in, and I do believe there’s still a place for machinima in modern gaming-related video content. It might require someone to come along and make something of a high enough quality to re-ignite interest. Coupled with other changes in gaming culture – the rise in streaming, for example – the effort required to produce a good quality machinima video might put some people off; they can achieve much higher view counts for less effort.

I don’t believe we’ve seen the last of machinima – after all, Roosterteeth are still making Red vs Blue – but when it finally re-emerges, we may not recognise it from what it was before. Wherever it’s heading though, I’m looking forward to where the 3D real-time interactive nature of video games and Virtual Reality headsets converge, and we begin to see new hybrids of the medium mix themselves with traditional filmmaking and storytelling, and take us to new places. 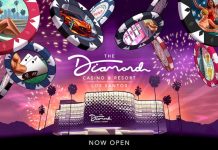