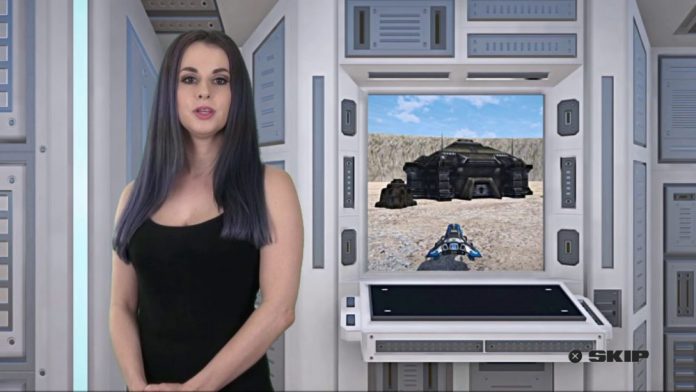 After all, it requires a certain amount of excitement to want to play them in the first place. A passion for the medium itself is a requirement, some would say. Yet, there are moments when the floodgates will hold no longer and the only way to convey the emotions that we feel are through extremes and exaggerations. This, my dear reader, is just such the case for Planet 2000, perhaps the worst video game I have ever played.

It feels obvious to state, but should be done regardless, that Planet 2000 is a complete mess of a video game. If you’re in search of a well-composed review as you ponder the possibility of slamming down some cash on a game like this, I recommend that you seriously rethink the decisions that got you here. I reiterate: this is perhaps the worst video game I have ever played. I cannot fathom that someone made this game in earnest, without some sort of ulterior motive. Whether to simply mock the medium or for something more nefarious, I do not know. All that is certain is that no one should pay anything, whether of monetary value or otherwise, for this aggressively poor excuse of a video game.

A vehicle combat and strategy game set in the distant future (presumably, it’s never really explained in detail), Planet 2000 tasks you with gaining control of various outposts while trying to destroy your enemy’s home base in multiplayer arenas. The overall concept doesn’t feel too ridiculous and, perhaps in some bizarre alternate universe, could even make for a good game. However, any miraculous sense of joy you may feel from these early, innocent daydreams are quickly shot down by the nature of the game’s entire visual aesthetic. The main menu text features a gaudy, stock image-looking sci-fi background with static, plain Arial text to represent the game’s few different modes. If it wasn’t clear enough from the game’s ridiculously ugly cover art, you’ll be in store for an… interesting time, at the very least.

Live action cut scenes set the stage as a small cast of women try to explain both the world of Planet 2000 and its basic mechanics. It’s clear that the attempt was to evoke familiar memories from games like the Command and Conquer series where live action cut scenes were used to a somewhat charming effect. However, seeing live-action scenes used in a game these days feels awkward and out of place. Far removed from the days of the Sega CD, most games feel like Citizen Kane when put next to the likes of Night Trap. Yet somehow, Planet 2000 defies the odds by looking even worse than the ancient FMVs that inspired it. Putting aside the blatant attempt at objectifying the poor female actresses on screen who clearly don’t want to be there, the videos look as though they were put together in a matter of minutes. From their hilariously out-of-date CG backgrounds to the lack of any transitions between takes, they act as an early warning sign for those still confused: “get out now!” they scream. Yet if you are unable to heed their warnings, the rest of the game will easily speak for itself. 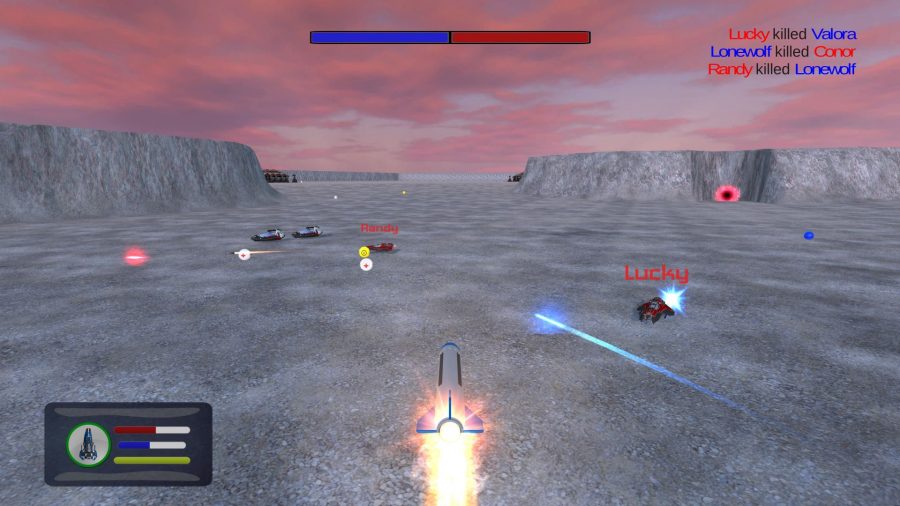 While it might be a bit of of a useless idiom, the saying “I’d rather watch paint dry” actually has some merit thanks the game’s ridiculously slow pace. The vehicles of Planet 2000 move slower than real world snails, despite being outfitted with futuristic thrusters and junk. Between the two vehicle classes, the Scout and the Tank, there is no variety to put speed over firepower or defence over strength. Even worse is that the game’s only saving grace, the Scout ship’s turbo ability, depletes quickly. It forces you to make long treks across the map in silence with nothing but the single song of the game to accompany you, slowly plunging the player into madness.

Compiling the misery is the game’s drab and dull environments. Map designs only compound the void, barren landscapes by lacking any sort of variety in structure – almost every one of them being a group of outposts with small plots of land and long land bridges that connect them. With stretched stock textures covering the landscape, it only aides the notion that this is a game that was made in mere minutes. From afar, it seems one could make a better version of the same game in an engine like Project Spark in half the time. Its simplicity defies the idea that someone sat down and made it, because that would require at the very least some assembly of thought and planning beforehand. Instead, Planet 2000 looks, feels, and plays like a game that was made by a robot, to test an algorithm. Not even the final product of a game made by robots, because such a product would possess much more polish. As a whole, it feels devoid of life, entertainment, or any type of meaning.

In between the lines of this travesty of a game shows the foundation of something that, again, in some alternate universe, could work. The core mechanic of capturing outposts, which then spawn in AI controlled drones has some appeal. There is some level of strategy intended in a game like this, and perhaps it’s slow pace was an attempt to give it a more tactical feeling than, let’s say, your average shooter. It is however, as all things in Planet 2000, a naught point. Thanks to the lack of any foresight, design, or balancing on the developer’s behalf, the game is quickly diluted into a single working strategy that you repeat until the end of the game: capture every outpost as quickly as possible, and let your drones do all the work. While it still takes some time, thanks again because of the game’s insistence on moving at a snail’s pace consistently, most matches will only take a matter of ten to twenty minutes to complete. Yet, with 25 levels to get through in the main campaign, it is such a tormenting experience that I can’t imagine anyone would have the fortitude to play the game to completion.

Let me explain that this review has been in no way negative for negativity’s sake. It is simply the truth that Planet 2000 spits in the face of entertainment. It defies the meaning of art itself. It is something that, by all logic shouldn’t exist but, somehow does. It’s the class project you don’t dare to turn in, preferring the failure on your report card to the destruction of your dignity. It’s the sort of rare failure that makes you look out in awe in its magnificence, knowing you yourself will never reach such an absolute. It is the worst video game I have ever played. Period.