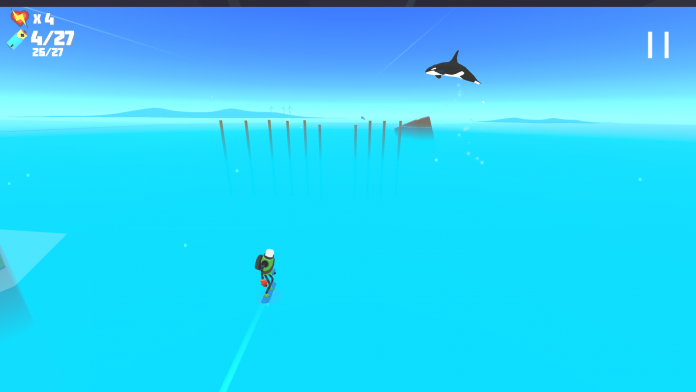 Society has been obsessed with hoverboards ever since Marty McFly took to the air in Back to the Future II.

A personal transport device that glides above every surface with no friction is a dream come true for any riders. Various prototypes and knockoffs have arisen over the years, but none have performed like the board from the movies. The current record for hoverboard flight is set at a little over two kilometres; it’s clear we’re still a long way away from the board McFly used back in the 80s. Until some heroic inventor creates a true hoverboard however, we’ll have to tide ourselves over with Power Hover.

The story of Power Hover is pretty simple, and plays out in a few cassette-recorded cutscenes throughout the game. You come from a village where everything runs on electricity. Something – or someone – comes to your village and steals the power sources. By chasing the thief through the world, you hear rumours of robots being infected with viruses. Then stories of a great project being constructed in the desert that could lead to ultimate doom. Can you discover what is really going on?

Power Hover’s gameplay is about as simple as it gets. It uses just two buttons; one to move right and one to move left. Collect batteries, avoid the obstacles, and make it to the end of the level before your lives run out. Such basic mechanics, and yet even after beating the game I was left wanting more. 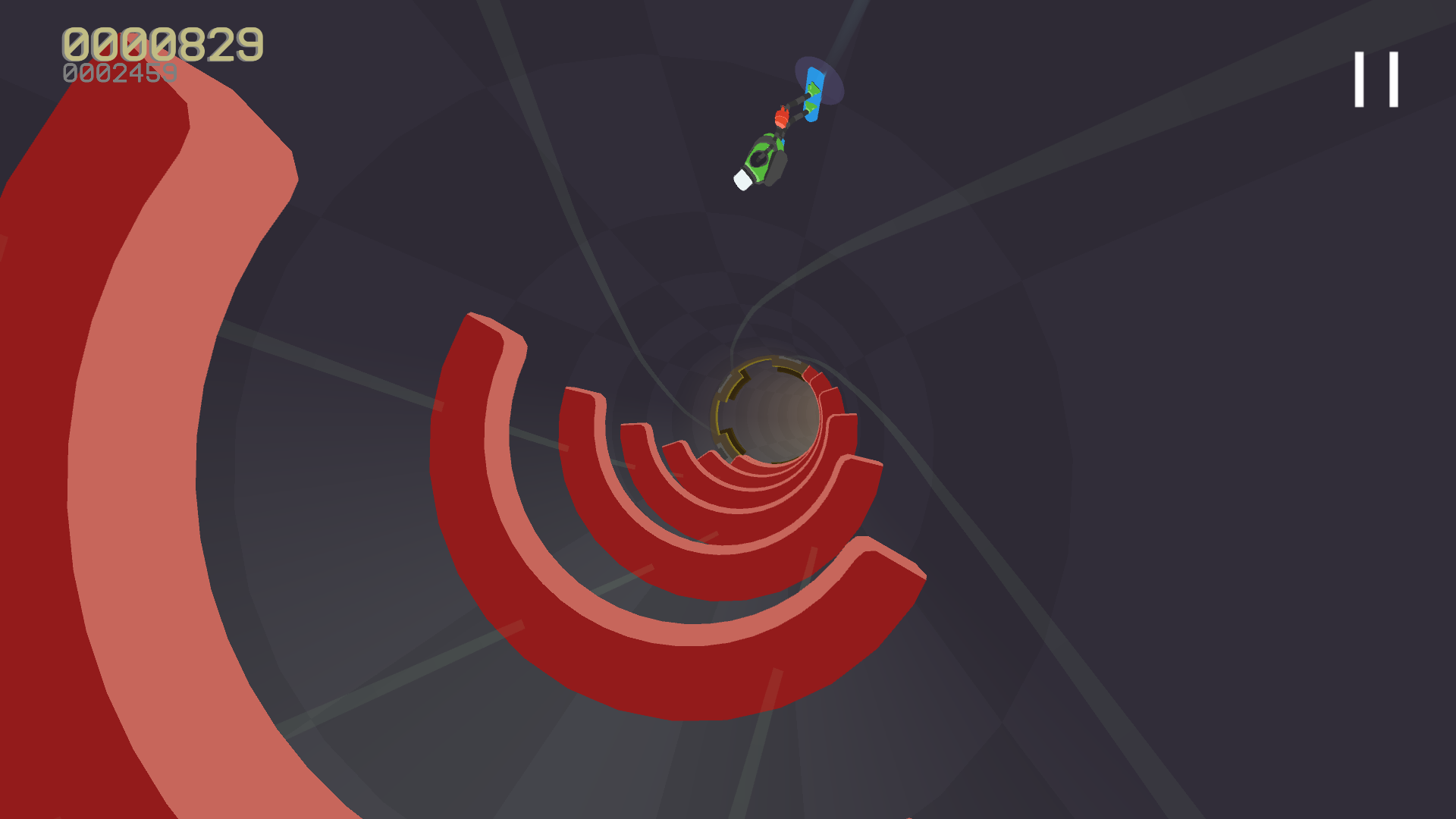 There are three different types of levels in Power Hover that all play a little bit differently. There are the basic levels, where it feels as though you have a whole world to explore, while still being confined to a track. Next are ‘Chase’ levels, where you follow the electricity thief; close enough that you don’t miss the batteries it drops, but far enough away to avoid its bombs. Then there are the ‘boss’ levels, which don’t involve collecting batteries, but rather reaching a high score. These final showdowns don’t have a boss entity that you fight against; rather, it’s just an endless level with infinite obstacles. The variety and spacing of these levels does great work in giving the game a fresh and unique feeling.

Freshness and uniqueness are themes throughout Power Hover. The sheer variety of environments, obstacles and set piece levels is inspired. Environments include dusty deserts, snowy mountains, and desolate cities. Even better is that each environment has such a strong personality that they remind you of other great games. The deserts feel like you’re exploring Journey all over again; the snowy mountains will remind you of snowboarding down the slopes in SSX; the post-apocalyptic cities have to make you think of The Walking Dead or The Last of Us.

The brilliant yet minimalist art style is what gives each environment such depth and wonderment. The colour palette for each level is very simple, each only using a handful of different shades. As a result, the player, obstacles, and collectables contrast the environment easily. Particle effects and hover board trails all give the player great feedback while floating through the levels. It’s a true testament to a game’s visuals when practically any screenshot of the game makes for a perfect desktop wallpaper or poster.

If the visuals of Power Hover are a 10/10, then the audio cranks that dial up to 11. The sound design is nothing short of exceptional, with a fantastic soundtrack from start to finish. It’s the little details that really immerse you in the audio of the game: hovering from the beach into a tunnel quiets the music and adds an echo effect; losing a boss fight and retrying doesn’t skip a beat in the current song, giving the game perfect flow.  The sound effects also provide perfect feedback on when events or attacks are going to occur so you can time their movement on sound alone. 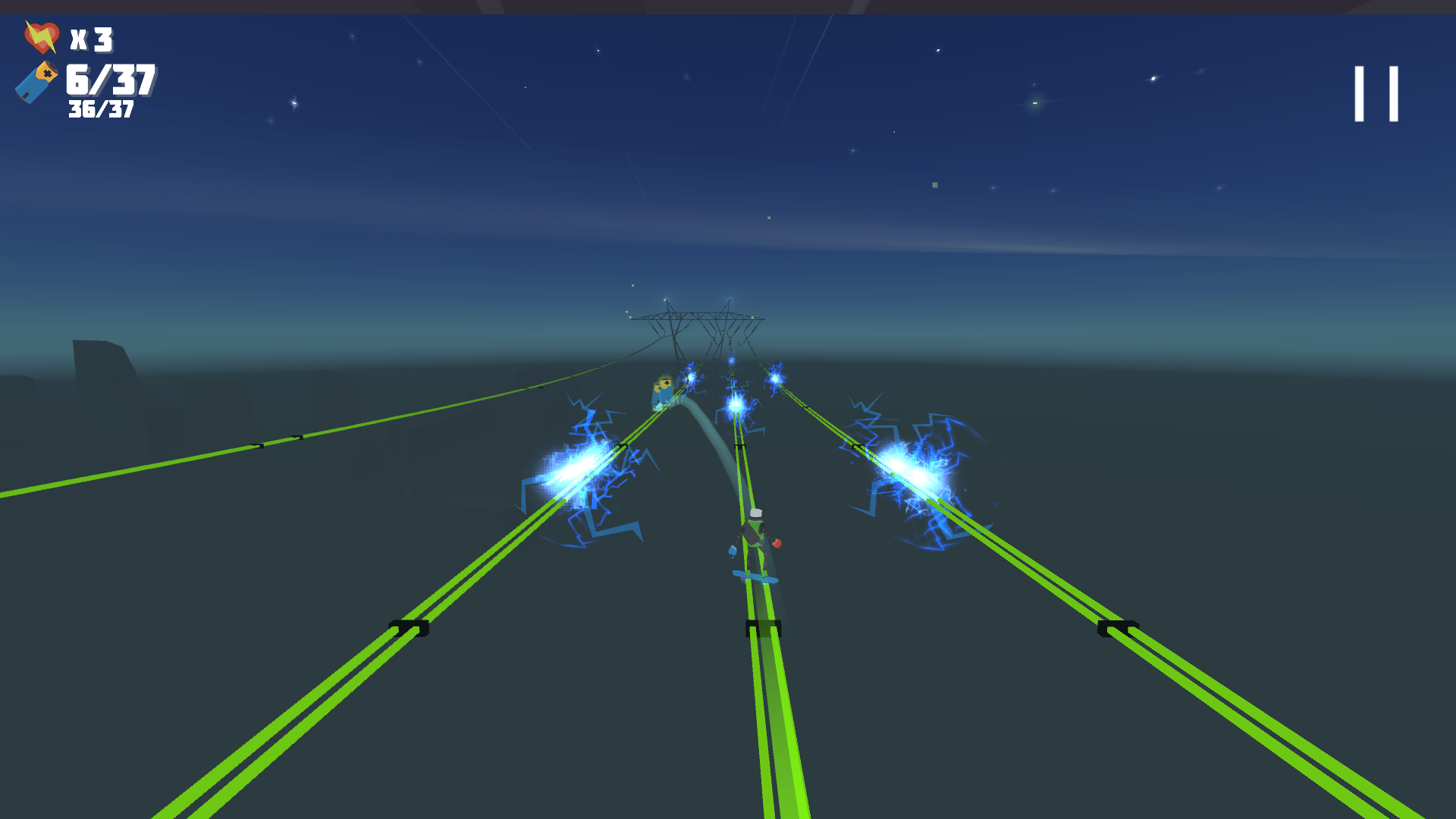 Power Hover is an extremely well made game in practically every area, but there a couple of minor issues that you may run into. First of all, Power Hover is a mobile port. Released in late 2015 on iOS, it has finally been ported to Steam at the beginning of 2017. The UI and controls are dead giveaways that this was a mobile game first and a desktop afterthought. Although controllers are fully supported, they can be frustrating at times, especially when trying to navigate the menus. The controls also feel a little bit loose – but then, you are riding a hoverboard after all. I also spotted some minor graphical bugs and a weird camera angle here and there, but certainly nothing to pull you out of the experience.

There you have it: a simple yet brilliant game that anyone can pick up and enjoy. Easy to learn, hard to master. Power Hover is one of those rare gems that will compel you to go back and try to perfect each level. You can even try to set high scores on the boss levels and see where you rank worldwide. From gorgeous environments that evoke memories of games past to exceptional sound design, Power Hover is everything you can ask for from a game of its calibre.

Power However is available on PC.