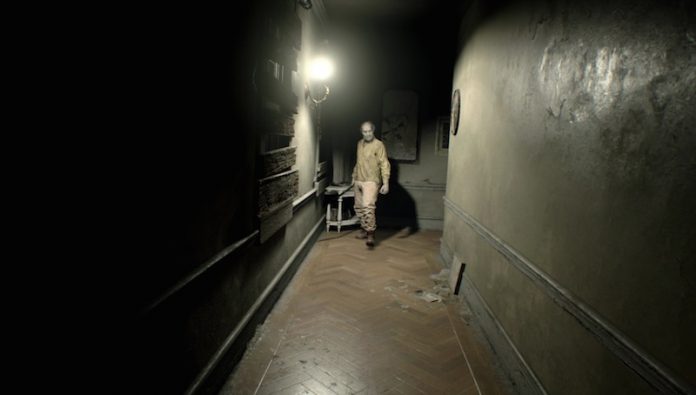 Long time Resident Evil fans have been dealt a bad hand over the past few years.

Ever since the global phenomenon Resident Evil 4, the franchise has slowly lost its touch. What was once the pinnacle of survival horror was becoming a mindless FPS. Well, prepare to be saved. The series has clawed back into terror with the relentlessly spectacular Resident Evil 7: Biohazard. Everything you know and love about the franchise is here: pure fear, suspense, puzzles, headshots, panic; it’s got it all. Shut off the lights, put on your headphones, and immerse yourself in this maniacal nightmare.

It’s hard to accurately – and succinctly – describe the impact the Resident Evil franchise has had on gaming. We all remember the dog flying through the window, the classic save points, and the panic of inventory space. Lately, the franchise has had some woes. Not anymore. Experience a complete rebirth of this historic franchise as it goes to first person and creates an unforgettable ride. Fight and survive through the disgusting, creepy, and  mysterious world of Resident Evil 7; It’s nothing short of spectacular. The amount of tension in this game is palpable, and you feel it close in on you with every step. When the credits rolled, I was floored. With Resident Evil 7: Biohazard, we have a masterpiece. A bloody, paralysing, and unsettling tour de force that holds nothing back.

Resident Evil 7 puts you in control of Ethan Winters, an everyman who falls into one hell of a mess. Your wife, Mia, has been missing three years ago when you get a strange message from her. She tells you some conflicting things, but you’re a chivalrous fellow so you set out to find her. Mosey your way down to modern-day Dulvey, Louisiana and be welcomed to a horrific sideshow of unmitigated terror. One thing you’ll notice right in the opening cut scene is how gorgeous this game looks; even running on a standard PS4, Resident Evil 7 looks incredible. You’ll get the backdrop on what, why, and when before being thrown into the game. It takes little time for Resident Evil 7 to show you how much it regards your sanity – and oh boy, it’s not much.

Those who played the demo will recognise the opening area, but it now plays out rather differently. You’ll solve a few mini puzzles and eventually, after things go south, wake up with your new friends. The Baker family is the group of pleasant folks who will relentlessly hunt you down and psychologically torture you throughout your journey. Jack, Marguerite, Lucas, and Grandma all want you to experience the worst kinds of terror – and they succeed. Early on, you’ll have a chance to escape their sight, and from that moment on the test of survival is on. It doesn’t take long to get a taste of how downright disgusting the place is; sure, Resident Evil 7 is creepy as hell, but man is it gross. And honestly, it just adds to the incredible atmosphere Capcom has created. You never feel comfortable, and it benefits the experience beyond words. 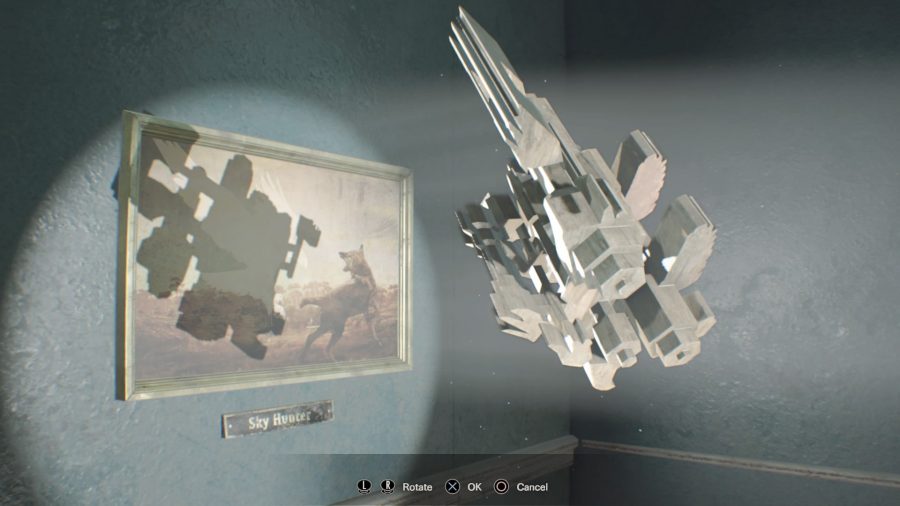 The majority of the time, you’ll be scrounging for specific items and doing your best to hide from all the insanity going on around you. You’ll have a buddy along the way, the estranged Baker member Zoe. She’ll clue in on what to do and where to go at points, and she’s really your only reminder of what a non-crazy person sounds like. Early on, you’ll explore the main house of the property and solve puzzles, fight, and scavenge. The puzzles in the Resident Evil 7 are abundant and pretty neat. They space out nicely to where you don’t feel like it’s all you’re doing, and some are more memory tests than puzzles. A fantastic part of the experience is that even the puzzles take place in high intensity situations, so you rarely get any chance to feel calm. In fact, feeling calm is harder to come by than inventory space.

I can’t stress this enough, but Resident Evil 7 might be the best example I’ve ever seen of making the player just feel… unsettled, uncomfortable. Most of it comes from the tremendous sound design. A minimalist approach to music and a favouring of silence means every swaying tree branch, every creaking floorboard, and every breath is amplified. With every sound making you freeze and a constant sensation of being watched, you never truly feel safe. Fear of the unknown is the deepest fear, and this game makes use of that. Remove the few jump scares in the game, and it’ll still turn you pale. If you’re not screaming in terror, you’ll be screaming for something to just die. Don’t worry though, when things aren’t so calm and the bullets are flying, it remains just as good.

Make sure you take deep breaths before pulling the trigger, because it’s headshot or bust. In classic Resident Evil fashion, you’ll do loads more damage via headshots. There’s a decent array of weaponry as well, with some more powerful weapons for those looking to forgo precision aiming. A blocking system also allows for minor damage reduction and definitely creates a deep sense of immersion given the new first person setting. Boss fights, of which there are a handful, are all different and challenging in their own way. Some may look similar at first, but over time they come into their own. Sort of half puzzle/half fight, these encounters can trip you up at first, but careful assessment pays off greatly. The important part is that the fights don’t meld into one, and the setting always feels unique.

The story underneath everything in Resident Evil 7 is engaging, mysterious, and well written. Make sure you examine every room in full detail because lots of clues, story information, and little secrets are hidden in/on inconspicuous items. As you learn more about what is going on, you’ll go through different areas of the Baker property, including a guest house and a boat dock. Each environment is haunting in its own way, and it’s truly noteworthy how Capcom has made each place feel unique and terrifying without their own ‘soundtracks’, so to speak. No matter where you are, something exists there to make you feel uneasy, nervous, or even sick. At its best, it is imposingly suspenseful. Long periods of complete silence accompany you when you feel most vulnerable, and your brain takes over. Fear constantly exists in Resident Evil 7, but sometimes, it’s born from your own mind. 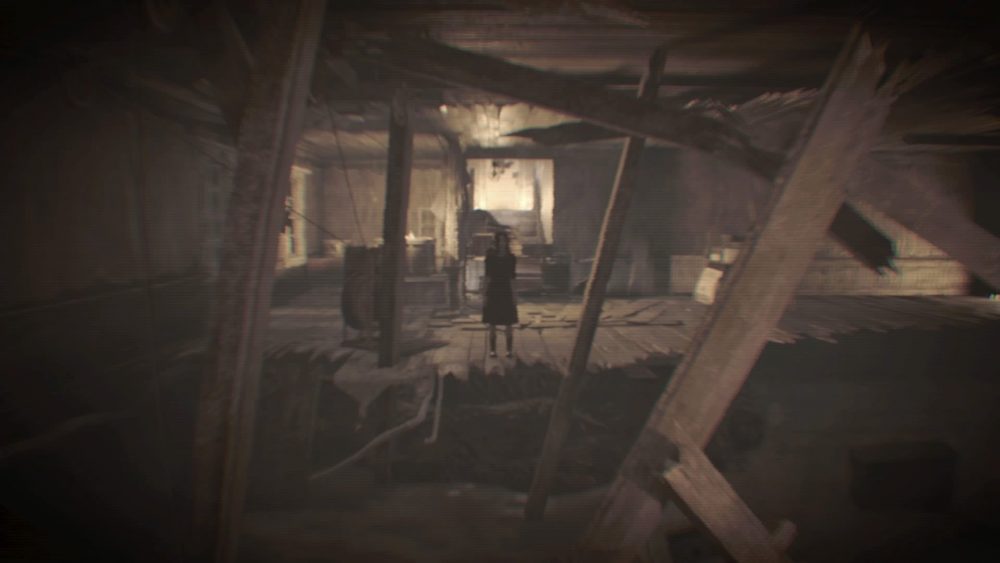 The characters and the performances by the voice actors that bring them to life are immensely powerful. Ethan is a protagonist that is relatable and likeable, and you can hear the struggles of Mia’s situation and her torment. The cast behind the Baker family is tremendous. The performances of Jack, Marguerite, Zoe and Lucas are some of the reasons why Resident Evil 7 is so damn unsettling. Marguerite, especially, continuously attributed to the feelings of uneasiness, fear, and panic. Your encounters with each member of the family leave a lasting impact, and it’s no surprise why with these performances.

With all things wonderful, however, there are always faults – and Resident Evil 7 has a few.

On PS4, I had some lighting issues: depending on the camera angle, I sometimes created a ‘dead zone’ where everything in that area went pitch black, even if it was under a lamp or something. Stereotypical to the horror genre, Ethan has no sense of urgency when running for his life – which I suppose is more of a gripe than a flaw. Around the game you find VHS tapes which you can watch, and when they’re done they go to a multicolour screen to load back into the game. During that part however, there is a loud humming noise the whole time and it can’t be skipped. It’s a bit annoying with headphones on, or in VR. Oh, and Resident Evil‘s trademark limited inventory space makes an unwelcome return. Outside of that, I encountered a few lacklustre puzzles and a few areas that are a little too FPS-heavy, but there is little that truly spoils the experience.

If you have the ability to play Resident Evil 7 with PSVR, I highly recommend it. While it’s not the only way to enjoy it nor is it necessary to get the most out of it, it is quite easily the most immersive and thrilling experience available for PSVR right now. However, the VR mode has issues that the standard mode does not. For example, Ethan’s hands just float around aimlessly and when you notice, it kills the experience of it. There are also brief moments where the screen goes black when ducking under things or landing from a fall, where usually there’s an animation. Items you use, for some reason, float in the air instead of Ethan grabbing them. However, Resident Evil 7 suffers little else for the VR mode, minus graphic reductions of course. The shooting is good and the tracking is great. If you do have PSVR, this is the one title you definitely should pick up.

Whether you play on PC or console, VR or not, just play. Resident Evil 7: Biohazard is a remarkable accomplishment and a truly triumphant return of a storied franchise. Masterfully executed on all fronts, this game will leave a lasting impression on you long after you’re done. Just please, do it justice. Play alone, with some headphones and really get into it. Trust me, it’s miles better that way. If you give it a chance, it’ll show you what horror games are capable of. It never fails to make you feel unsettled and it’ll creep you the hell out, but damn, it’s good. Capcom have restored Resident Evil to its former glory, and restored my faith in video games’ capacity to frighten me. Few scares in the game feel cheap, and I love that. It’s a petrifying whirlwind of paranoia; a masterclass of suspense; an awe inspiring triumph; a truly remarkable experience. Thank you, Capcom.

Resident Evil 7: Biohazard is available on PC, Xbox One and PS4. We reviewed the PS4 version. 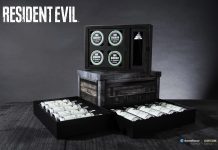