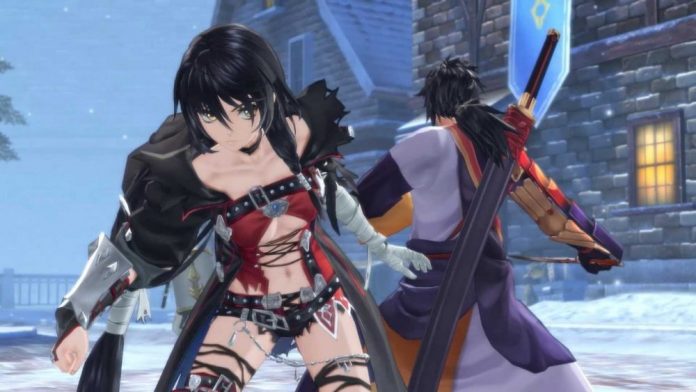 They say that revenge is a dish best served cold, but they never specify just how it tastes, do they?

Not that it matters to Velvet, Tales of Berseria’s main protagonist, anyway. You see, ever since becoming a Daemon the only thing she can taste is blood, and as the dish she aims to serve is a cold blade, that’ll be all both her and her target will taste when the deed is finally done.

It’s quite an unusual and dark premise for a Tales game, revenge. The series is generally known for its twee, goody two-shoes characters that are out to save the world or at least leave prevent a war or whatnot, but it works. Velvet and her eventual band of Daemons, Malakim and humans aren’t quite as two dimensional as many of the protagonists that have been and gone, leading to a story that often shocks and surprises. They murder, steal, vandalise and intimidate to advance their agenda, but also fleetingly display their softer, more vulnerable sides in scenes of contemplation. It makes for perhaps the most engaging entry into the Tales franchise for a long while, sustaining your interest from beginning to end without fail.

It helps that Tales of Berseria’s combat is also an example of the series on its finest form, with its iteration of the Linear Motion Battle System giving you free reign over character and camera movement whilst keeping the action frenzied and fast paced. At the heart of it all lays the Soul Gauge, a recharging meter that limits your capacity to attack with Artes that you’ve assigned into combos. Initially you’ll enter combat with between two to four Soul Gauge units available out of a maximum of five, but it’s a meter that is always in flux due to the ebb and flow of battle.

Get yourself stunned by an enemy attack, for example, and you’ll see one unit of your Soul Gauge disappear, limiting your combat abilities and effectiveness. To get it back you’ll need to stun or defeat an enemy yourself, or maybe perform a well-timed side-step. This tug-of-war adds an element of strategy to battle as you vie to reduce your foes capabilities whilst improving your own, and you also need to factor in the effect of some of your more advanced combat manoeuvres too. 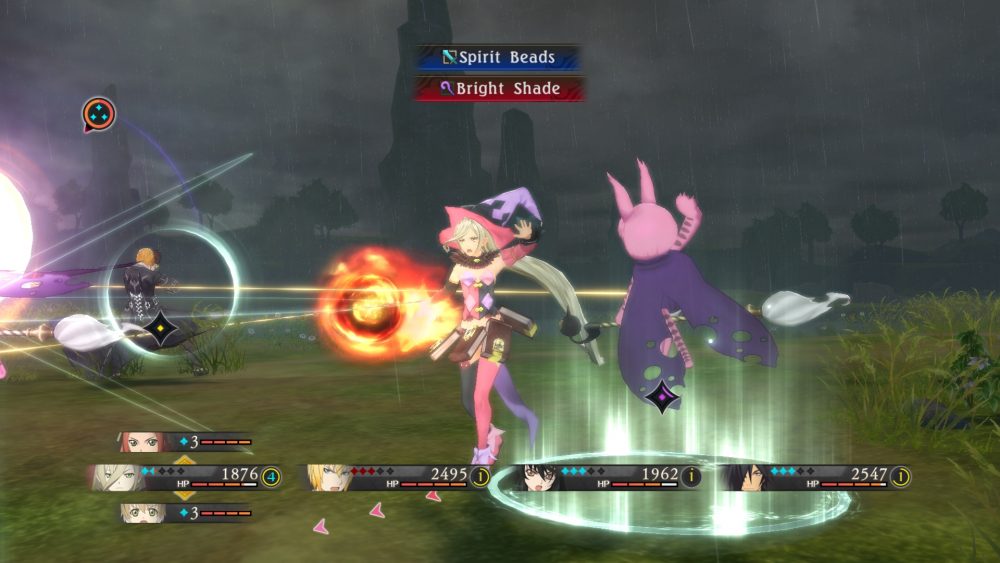 When you have three Soul Gauge units or more you can sacrifice one to perform a Break Soul attack, triggering your more powerful Daemon form which can be ended by performing a potent combo finishing move. Mystic Artes can be performed when you reach the third stage of yet another meter, the Blast Gauge, which is recharged by entering into battles and using Break Soul attacks. Aside from doing massive damage to your enemies, it also grants you an additional Soul Gauge unit. And finally, there’s the Switch Blast. Expending one level of the Blast Gauge to swap out a character for another held in reserve, whether or not they perform an attack as they enter the fray is up to you. All these manoeuvres need to be used effectively in battle to keep the upper hand, and all can be used to extend your combos and keep the pressure on your enemies.

The need for strategy doesn’t have to be so vehement if you wish to shy away from it though. The difficulty of Tales of Berseria’s combat can be changed at any point, allowing you to breeze through the story with little effort if you prefer. If you do so though you’ll miss out on little things like better item drop rates, combat modifiers and bonus stat boosts. Those who feel worthy of the challenge can also increase the difficulty for some similarly small but welcome benefits. In any case, it’s good to know that Tales of Berseria caters to how you want to play, eradicating the need for extended bouts of grinding for those who don’t have the time or inclination whilst still offering an uncompromising experience for seasoned players.

For all the praise I can bestow upon Tales of Berseria however, I do have to highlight a couple of areas where there could be an improvement. For a start, the towns, adventure fields and dungeons that you traverse on your adventure tend to be rather uninspired and dull, mainly because they’re fairly linear and lacking in interactivity. It’s also partly due to the game’s second minor issue; the visuals clearly show its PS3 roots. Don’t get me wrong, the 2D anime cutscenes, beautifully presented skits and charming character models all are very pleasing on the eye, but the world that surrounds them frequently looks and feels disappointingly last gen. Still, at least it means that Tales of Berseria runs silky smooth.

All in all then, Tales of Berseria is a game carried by its thrilling combat and unusual cast of characters, and they do so with ease. It doesn’t try to push the bar in any particular way; it’s just content with being a good old-fashioned JRPG, and I respect it for that. Whilst the Final Fantasy series constantly shifts in an attempt to expand its audience, alienating many long-term fans in the process, Tales of Berseria is a love letter to Tales fans, reassuring them that the series doesn’t need to change to remain relevant.

Tales of Berseria is available on PS4 and PC. We reviewed the PS4 version.