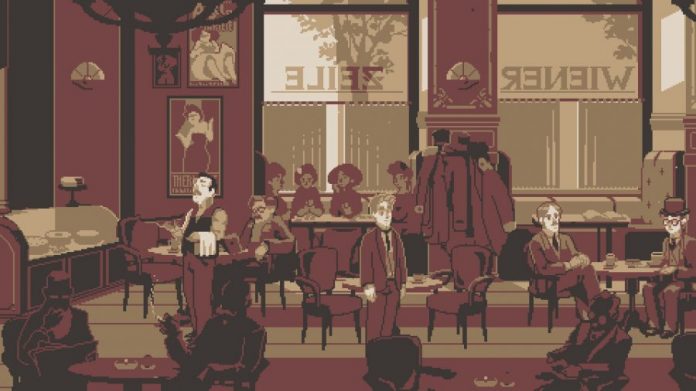 When I played The Lion’s Song: Episode 1 back in July of last year, I couldn’t wait for its second episode to release.

I loved the feel of the game with its point-and-click aspects but also so many things that were completely new. The sepia-toned colour of the game was lovely to look at and made the entire experience quite relaxing, and when it was all said and done Episode 1: Silence very much impressed. A few months later The Lion’s Song: Episode 2 – Anthology was released and due to having a particularly busy end of the year I decided to wait to play it until I was able to give it the attention it deserves. Anthology is a fantastic second episode to the series and players that enjoyed its first surely will not be disappointed.

The Lion’s Song is a point-and-click game developed by Stefan Srb at Mi’pu’mi Games. Each episode has a different main character for players to control. Each character has a particular skill, whether it be art, music or mathematics, and is either trying to get a big breakthrough in their field or simply trying to find their place in the world. Each episode is a “single-session” which means that it can be completely in one short play through of about 30 to 40 minutes. Anthology for me ran a little over 40.

Anthology puts you in the shoes of  Franz Markert, an up-and-coming artist who specialises in portraits. Franz’s dream is to make a name for himself as part of Vienna’s high society at the turn of the 20th century. What makes him unique is that he is able to “pull apart” his muses, so to speak, to reveal their real layers underneath. With this talent he’s able to paint people how they truly are rather than who they try to be. Throughout the episodes, players will have to dive into the layers of several people while also helping Franz through his own self-discovery. 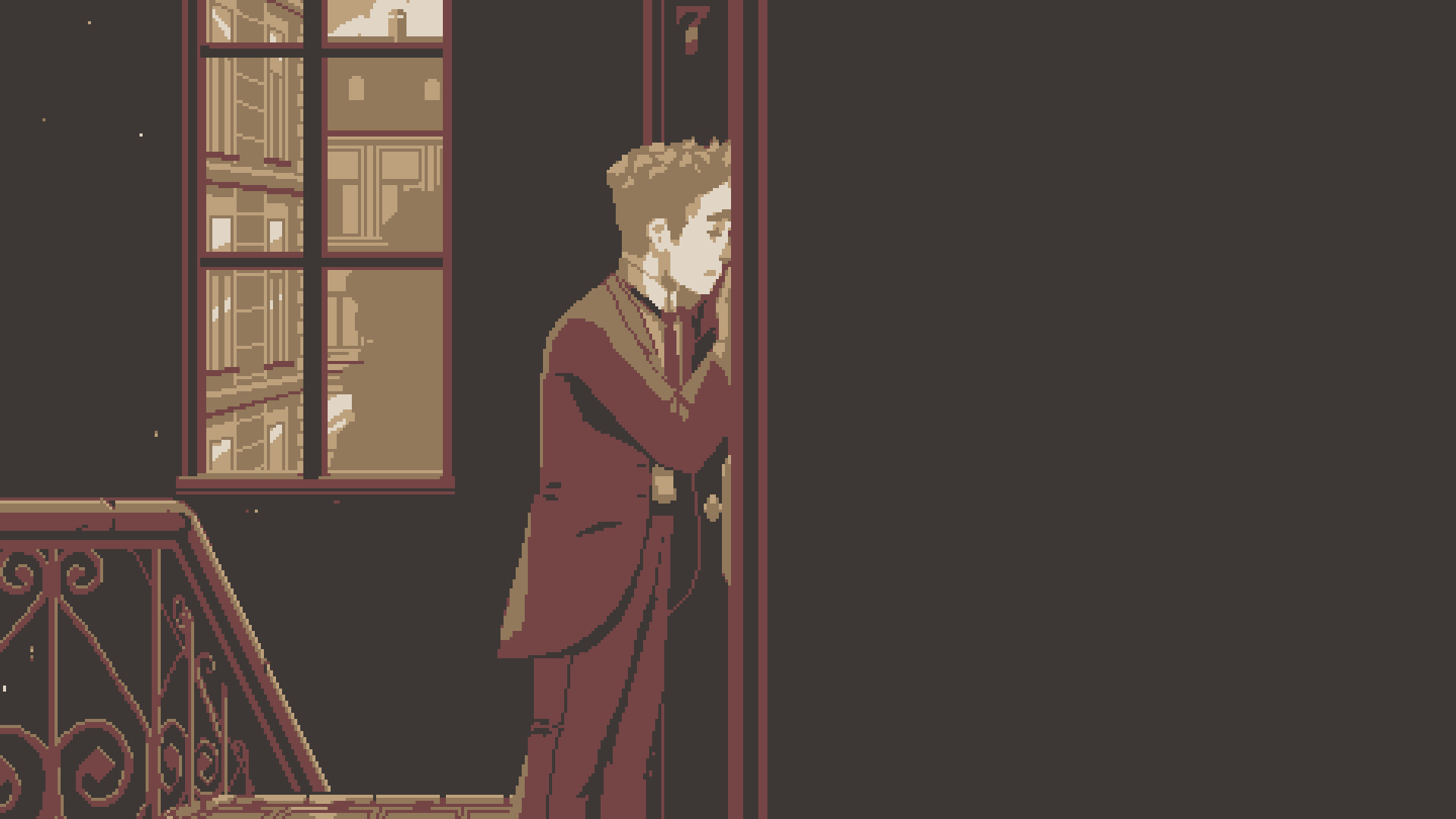 Since Episode 1, Stefan Srb has truly improved with Anthology in many aspects of the gameplay. Episode 1 was a truly wonderful short game but Anthology feels much more like a full experience. From beginning to end I was completely absorbed. Much of the game plays like a normal point-and-click game, where you can explore each location, talking to people and interacting with objects in order to hear Franz’s opinions. Anthology gives you many more places visit in comparison to the limited areas of Episode 1, including the gallery, where Franz shows off his art to Vienna’s finest, Franz’s workshop, and a quaint marketplace.

The moments when you’re “peeling away” the layers of the person who Franz is painting really make the game stand out. Is the strong male soldier really as brave as he believes he is? Is the smart business man really as uncomplicated as he seems? It’s up to you to pick the proper questions to ask your muse so that you can fully reveal their layers in order to accurately paint them. This is where most of your decision making can change the future of your season. For example, choices that you made in episode 1 will affect some events in episode 2 and so on and so forth. You have to choose carefully because each choice could affect something later on.

The most impressive part of The Lion’s Song, however, is its art and soundtrack. Despite being pixel art, every characters is extremely expressive and each setting is incredibly detailed and a joy to explore. With many pixel art games, it can be hard to tell what is going on, but when it’s done really well it can be truly beautiful. The artists in charge of The Lion’s Song should be proud of their hard work. The soundtrack complements the art and tone of the game perfectly. With a beautiful classical music soundtrack playing in the background, The Lion’s Song allows players to fully relax and immerse themselves inside its world.

The only negative note that I would make about Anthology is that it took me a while to fully understand what I was supposed to be doing. When I was first talking to the man that I was painting, I didn’t quite realise that I was supposed to be really paying attention to his words. It took a while to understand the mechanic of uncovering each person’s ‘layers’; everyone had strange white outline around them, and for a while, I genuinely thought it was a graphical glitch! With no explanation to be found, I was almost halfway into the game before I realised what was happening. A quick hint may have helped me better enjoy the first half of the game. 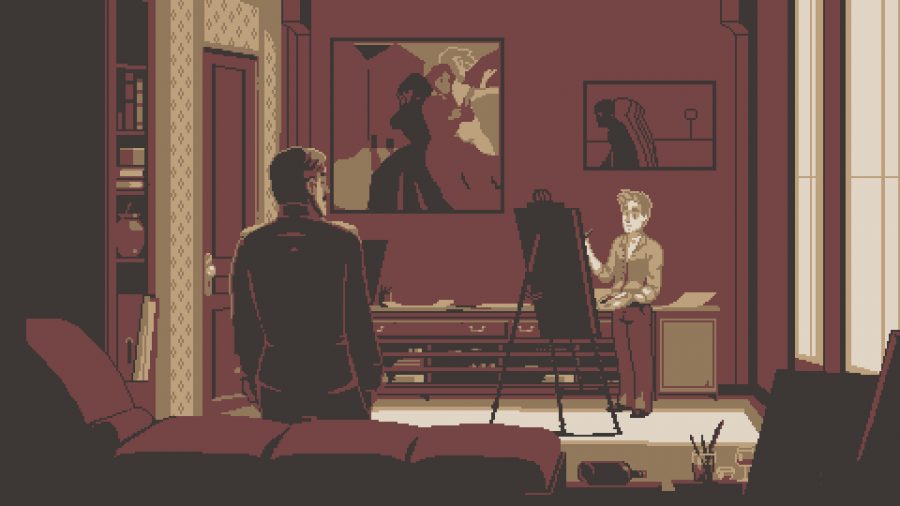 The Lion’s Song – Episode 2: Anthology is a wonderful second story to this series. Each of its elements – the soundtrack, graphics, story and dialogue – add up to create a wonderful, yet short experience. I definitely recommend picking up the game if you love a point-and-click game with a lot of heart. Here’s hoping that the rest of the season lives up to its first two episode but if Silence and Anthology showed anything, it’s that these folks know what goes into making a great game.

The Lion’s Song – Episode 2: Anthology is available on PC.