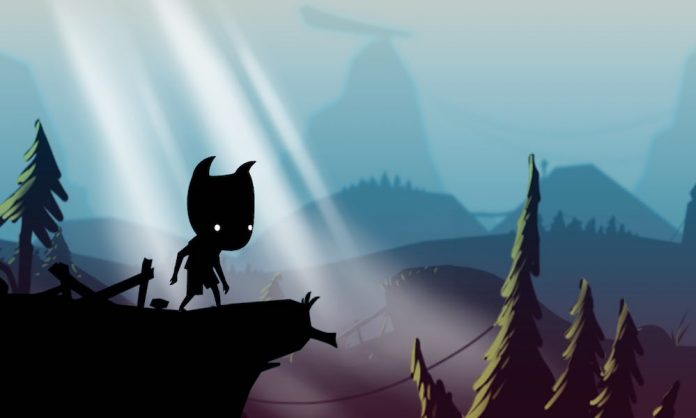 There is no denying that Toby: The Secret Mine from Lukas Navratil owes a lot to the success of Limbo.

Limbo is an almost constant overbearing influence on Toby, but when the game decides to move away from the shadow of Playdead’s masterpiece and attempts to craft a more unique experience, it truly shines in places.

When Sean Cunningham began to direct the original Friday the 13th, he fully acknowledged that it was an effort to capitalise on the commercial success that John Carpenter had enjoyed with Halloween two years previously. It worked. The original Friday the 13th, released in 1980, made nearly sixty million dollars from a shoestring budget. But Friday still remains as an early slasher-classic. Even though the film aimed to milk the success of an earlier film, it still cemented its place in the same genre with an equally strong applause. Released on Steam in October 2015, I’m sure that most of us Steam users were quick to write off Toby: The Secret as a complete rip-off of Limbo. So has Lucas Navratil created a game using the ‘Friday’ effect? Not quite. But it’s still a commendable effort.

It does not detract from a critique of Toby to discuss its almost homage-like resemblance to Limbo. Simply, because the game is overwhelmingly similar to Playdead’s seminal indie release. The game could pass as a viable sequel; at times, its side-scrolling 2.5D design directly mirroring that of Limbo. While this is not exactly a bad thing – Limbo was such a great experience after all – an over-bearing influence can be a detriment to developing a unique vision and identity. I discussed this very concept in a review of Spheroids very recently. But this game is not Spheroids; Toby: The Secret Mine is a much greater game.

Even though aesthetically, Toby does share a lot of DNA with Playdead’s release, what is strikingly different in the presentation of Toby is its inclination towards more Eastern influences. This is the best way to describe what the game feels like. It feels as if the protagonists is lost in a humid, dense jungle, searching for their friends, for a way out amidst dark monsters and traps. There is still an edge of mystery to the game, too. Why is a dark figure shooting arrows at the protagonist and stealing their friends? This is treated ambiguously but still warrants pondering. 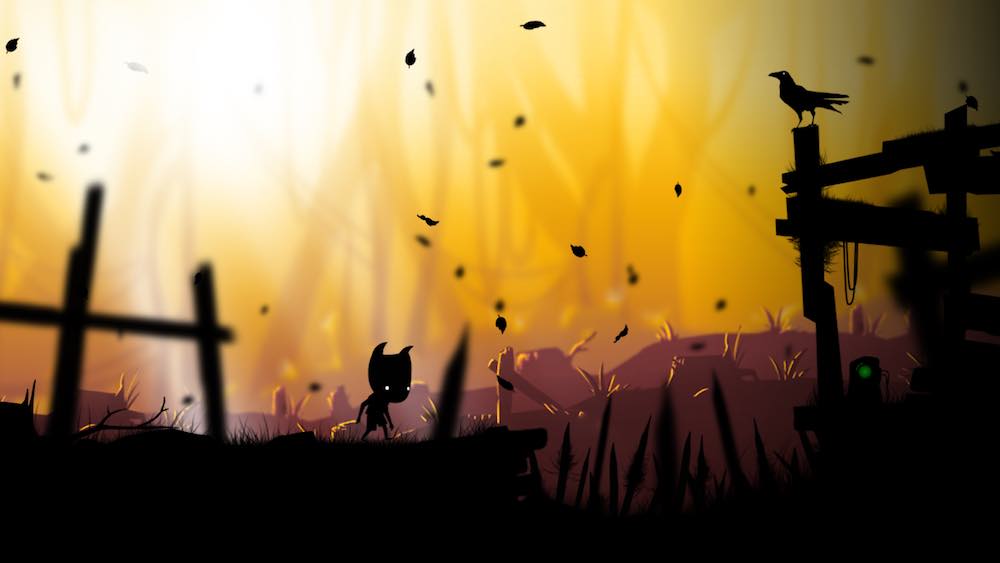 Toby is reminiscent of popular Japanese Manga – less of the flowery lightness of Studio Ghibli, but more like the dark, hard-boiled detective stories or cyber-punk leanings. There are much more notable splashes of colour in Toby: The Secret Mine‘s presentation as opposed to the constant drab monochrome of Limbo. When Toby exerts this wider colour palette, it looks truly fantastic with deep blues, bright oranges and piercing white wintry scenes, giving the screen an impressive glow. The soundtrack of the game amplifies this colourful, diverse aesthetic too. Pounding drums, macabre beats. The music is a great addition to the game.

The level design of the game is also mostly strong. At very brief moments, the level design shows even stronger structure than a game like Limbo. The developers play around a lot with light and dark in the game; many corridors or hidden spaces that the player needs to enter are obstructed by darkness, and it takes an exploring mind in order to find them. This never feels like the developers are tricking the player; rather that patience and exploration is rewarded with the right path.

The navigation around traps and other obstacles is handled well, too. Even though Toby shares the same structure of traps and threats of Limbo, it never feels as threatening as the cycle of life-death-repeat of Limbo. But this is not a negative. It doesn’t necessarily make Toby an “easier” experience, it just makes it a less violent one; a more subdued form of trial-and-error. By no means is Toby: The Secret Mine is a ‘dumbed-down’ version of a game like Limbo, or even a more child-friendly version, but it is more accessible to a point.

It is, however, unfortunate when Toby decides to recycle platforming and puzzle sections – and this happens frequently. It makes the mechanics of the gameplay become functional rather than challenging or even fun. They seem to exist because they have to. For example, spiked platforms are a constant and boring inclusion in the game towards its final chapters. They are often placed arbitrarily in the level design, not actually requiring any thought in order to beat them. They’re just there; the platforms are not part of any extended puzzle section, they’re just placed like a badly put-together Super Mario Maker course. It would be harsh to call it lazy development, but it is certainly an uninspired part of the level design. 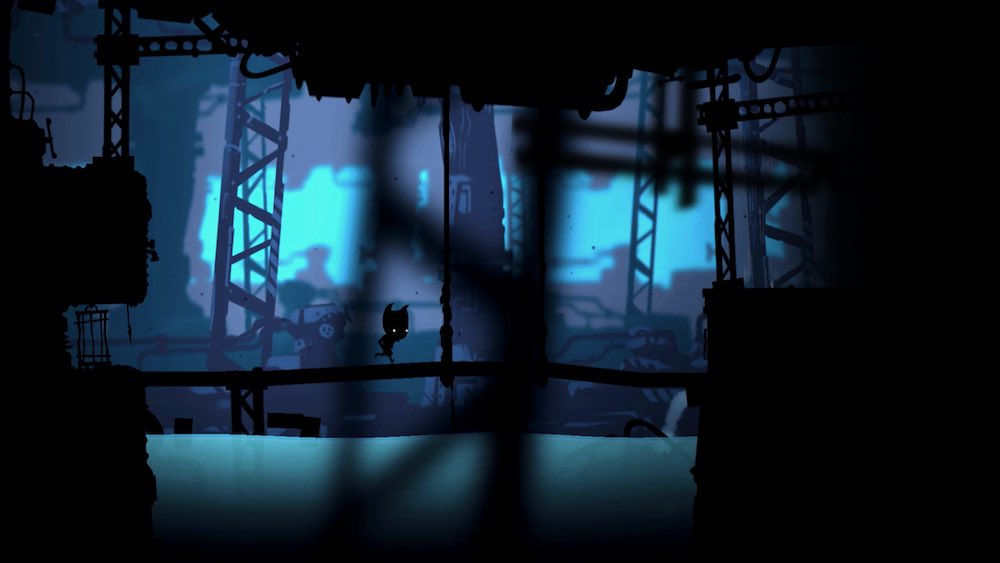 There are a couple of gameplay glitches that also comprehensively make it difficult to progress at times. The game seems to never decide what the ‘right’ spot is for the player when landing on platforms. You can navigate the character directly on top of platform, only to slip off because the game will not detect the two objects coming into contact with one another.

Furthermore, a glitch towards the end of the game, around three chapters before its conclusion meant I got stuck on a platform after dying in a certain area. I had no way around this other than restarting the game, which should never be the case. Game-breaking malfunctions like this can – and do – pull you right out of the experience and break the concentration that is needed in order to enjoy Toby‘s body of platforming puzzles.

Toby: The Secret Mine can be easily pardoned as a complete larceny of Limbo – but it’s not as simple as that. When Toby does craft its own uniqueness, there is a lot to like. While it doesn’t do this as frequent as it probably should, it never overshadows what the game has to offer. I played Limbo to death when it was released on PSN – pun intended – and while it’s not as repayable as limbo, I’ll probably give Toby another run through too. After all, nobody runs away with my monochrome-styled friends and puts them in cages and gets away with it.

Toby: The Secret Mine is available on PC and Xbox One. We reviewed the Xbox One version.