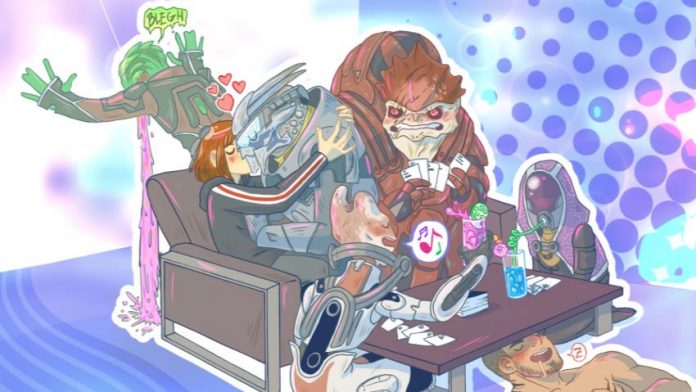 The makers of Cards Against Humanity have published a Mass Effect themed mini-expansion for the the hugely popular and frequently offensive card game.

Created in conjunction with Bioware, The Mass Effect Pack has been released to mark the upcoming launch of Mass Effect: Andromeda.  It adds fourteen new cards to the the fill-in-the-blanks game, which reference the original space-RPG trilogy.

Should you wish to reap the rewards of The Mass Effect Pack, you can order it from the official website, TotallyFuckableAliens.com. The pack costs $1 including shipping, with free shipping to the US, while international customers will have to pay additional shipping costs.

The pack will only be available as long as stocks last, and will not be reprinted.  Though it’s worth bearing in mind that unless the people you play the game with have also experienced the Mass Effect series, you may well get a few blank looks.

Mass Effect: Andromeda, will be available late this March.