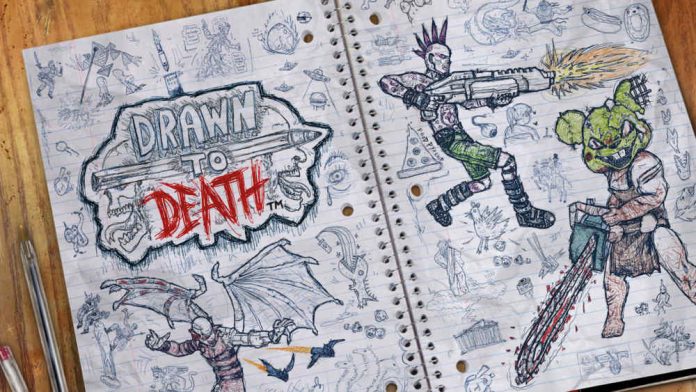 The hand-drawn-looking shooter from The Bartlet Jones Supernatural Detective Agency, Drawn to Death, is arriving on PS4 on April 4. And, yes, that is the name of the development studio.

The team was set up back in 2014 by studio head, David Jaffe, known for his work as director and designer on various God of War and Twisted Metal games. Drawn to Death is a four person hero-shooter with unique cel-shaded art-style.The latest trailer shows off gameplay with narration from Jaffe on various mechanics and inspirations for the title.

Jaffe states how “like Twisted Metal and God of War” much of the game comes from himself. Every character represents people he knows in real-life, the art-style is designed to look “like the pages of a teenager’s notebook” – to the extent of having child-like scrawlings on the skybox.

While the design comes straight from days-past, many individual character designs seem taken from previous works. Chainsaw-wielding teddy-bears, punk outfits and massive alien-looking monsters are immediately reminiscent of Twisted Metal but Jaffe promises that “a story is told through the artwork.”

Drawn to Death is set launch digitally on the Playstation Store for $19.99. No price is confirmed for the UK or EU as of yet. 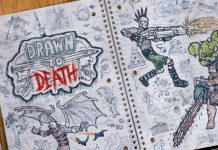