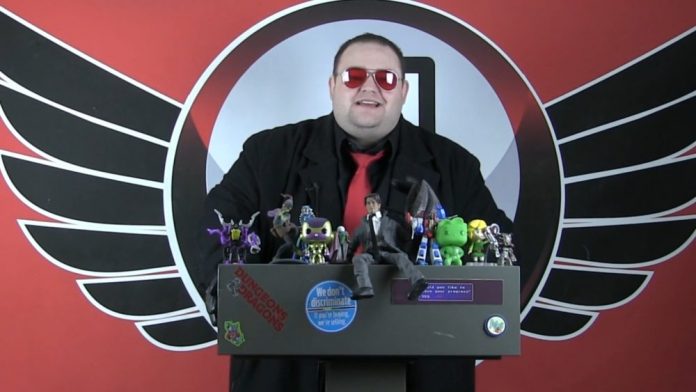 After nearly a year of legal wrangling back-and-forth, developer Digital Homicide’s libel lawsuit against games critic Jim Sterling has been dismissed with prejudice.

The developer, comprised of brothers James and Robert Romine, brought the action in light of Sterling’s criticism of their work. He lambasted several of their releases including, most infamously, The Slaughtering Grounds. It has been suggested that Sterling was targeting the developer though, in reality, the developer released so many games onto Steam that they were bound to court attention. Sterling criticised not only the quality of the titles but also their apparent use of store-bought stock assets.

He was by no means alone in his criticism: many of the developer’s titles receiving mixed-to-negative reviews. Yet in return, Digital Homicide attempted to have several of the videos taken down and produced their own video, entitled ‘Reviewing the Reviewer’, criticising Sterling. Matters came to a head when Digital Homicide filed a $10,000,000 (approximately £8m) libel lawsuit against him. The company set up a GoFundMe to fund their suit, which only accrued a mere $450, saying:

“We want to take a stand against falsified statements being spread across the net not only for ourselves but for others rights in the future for precedence.”

Digital Homicide then took the bizarre step of attempting to subpoena the identities of roughly 100 Steam Users, who the developer apparently viewed as being involved in actions against them. This in turn led Valve to pull the plug on Digital Homicide’s games, removing them from the Steam Store, though some of the company’s games are still available on Itch.io.

In his statement regarding the lawsuit’s dismissal, Sterling (named in the suit as James Stanton) stated:

“After a year of lingering and a cavalcade of increasingly exasperating amendments, it is a distinct personal pleasure to finally be able to say that the lawsuit ‘James Romine v. James Stanton’ has been dismissed with prejudice following discussions between my lawyer Bradley Hartman and the plaintiff James Romine.”

“I personally viewed, and still view, the lawsuit as an attempted attack on my freedom to do my legally protected job. I personally perceive it as an attack launched by a man who is unable to deal with criticism in a reasonable fashion and has sought to blame me, continuously, for his failures.”

Being dismissed “with prejudice” means that the lawsuit cannot be refiled and that Digital Homicide’s attempts to silence Jim Sterling are no more. Sterling has continued to produce videos, reviews and more, funded by his Patreon backers.

The status of Digital Homicide, however, is unclear. Their website now appears to be giving away codes for other developers’ titles. The Twitter link on the page also directs to the account of LootToot Games. Could Digital Homicide be operating under a different name, something they’ve been accused of before? Or has the company’s website changed hands?

Ironically, had Digital Homicide chosen not to persue Sterling, the company might today be in a better place. But heir attempts to stifle criticism of their games only brought more unwanted attention their way. Had they succeeded in their lawsuit it may have opened the doorway for other companies to take similar action. As is, critics all over the web, who may have been watching events unfold, can breathe a collective sigh of relief.