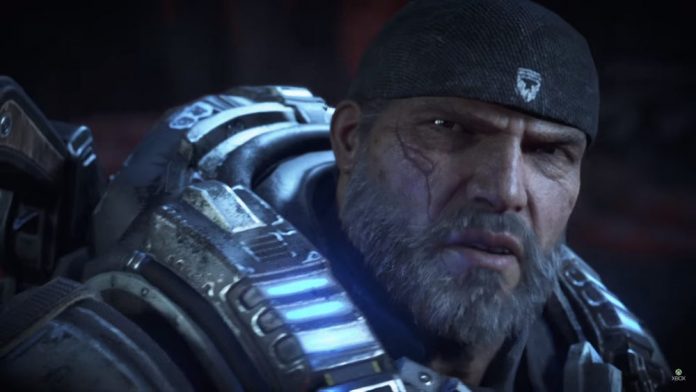 Nothing says “I Love You” better than blowing the guts out of your enemies with some badass weaponry – at least according to Gears of War 4, anyway.

In honour of St. Valentine’s annual reminder of love and all things romantic, Microsoft and The Coalition are rolling out a free update to Gears of War 4, including new maps, new gear packs, and special Valentine’s Day-themed bounties.

The update, which goes live today, 10th February, will be free to all players across Xbox One and PC.

The first of the new maps, Impact Dark, is a reimagined version of the ‘Impact’ map that aims to make multiplayer feel completely different. As its name suggests, Impact Dark is set at nighttime, and your visibility is reduced by the permanent smoke that’s settled across the map. Weapon swaps have been altered to change the feel of battle, all with the aim of making matches feel much more intense and exciting.

The second map is a reboot of War Machine, one of the more popular maps from the original Gears of War. No longer is it set in an abandoned train station; War Machine sees you play in a new COG Settlement, complete with shiny new features. Far from being deserted, this new settlement is teeming with signs of life everywhere. Despite this major location change, however, War Machine still retains everything you loved about it the first time round.

See the new maps in action below:

Changes to Guardian are also afoot. The spawning system has been revamped to feature Leader Spawns: now, when you respawn, you’ll appear close to your Leader, meaning that Leaders need to constantly be in optimal places on the map for full strategic control.

As for the Valentine’s Day-specific changes, Gears of War 4 will be hosting a week of celebrations beginning today. Every day will have new themed bounties to collect, new gear packs to earn, as well as a craftable character to collect.

For more information on the Gears of War 4 update, visit the official Gears forum here. 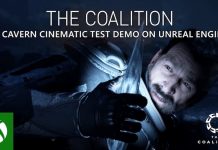