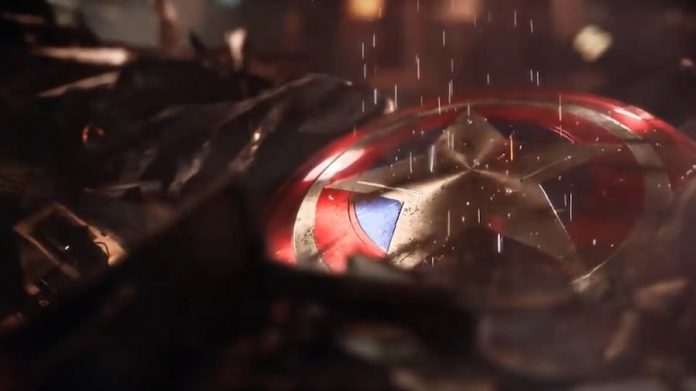 Last week, Square Enix notified press that an upcoming announcement was planned for later in the day, which turned out to be The Avengers Project.

Personally, I thought (or hoped) they were going to announce something related to Final Fantasy‘s 30th anniversary as they hinted at “big plans” earlier in the month. Disappointment aside, I thought it’d be fun to speculate on what this game, or series of games, could be.

That rumour still remains unconfirmed, but if it turns out to be true then it may mean that Eidos Montreal will lead the project while Crystal Dynamics, busy working on Tomb Raider, will simply offer some technical support. One could assume then that taking the strengths of this company, The Avengers Project could be a stealth RPG much like Deus Ex. While watching Iron Man, sneak past enemies would be weird, I have a theory on what the game could focus on.

Based on the trailer, we can assume that something has happened to the Avengers and they’re likely scattered across the world (“they just need to reassemble”, we hear in the voice over). We don’t know if they had a fight internally, or if a villain has come along and destroyed them, but judging by the images of shattered hero costumes in the video, the Avengers are all but gone.

If the game is indeed like Deus Ex, then I propose it could star an agent of S.H.I.E.L.D. who is tasked with locating and reassembling the team to stop some evil madness from going down. As an agent of S.H.I.E.L.D., it’s reasonable to assume you’d get a cool arsenal of weapons and gadgets – again, much like Deus Ex. Once everyone is rescued the game would leave on a cliffhanger with the stars reunited.

This could then feasibly lead into a second game wherein players would actually control the titular super heroes. Crystal Dynamics, now done with Shadow of the Tomb Raider by this point, would take the lead on this one and make it similar to the Marvel Ultimate Alliance games. They’ve made two top-down Tomb Raider games in the past; both were good, so they do have experience with the perspective. It’d be bigger in scope – like a Diablo. The Marvel cinematic universe took time to build, but the effort paid off and the same can hopefully be said about this game universe.

This is all based on speculation and dreams of course, but hey, doesn’t it sound like a good idea – or at least plausible? Regardless of my opinions, I’m sure Square Enix will divulge more as 2017 rolls along.

What are your predictions for the Avengers Project? Let us know in the comments below!