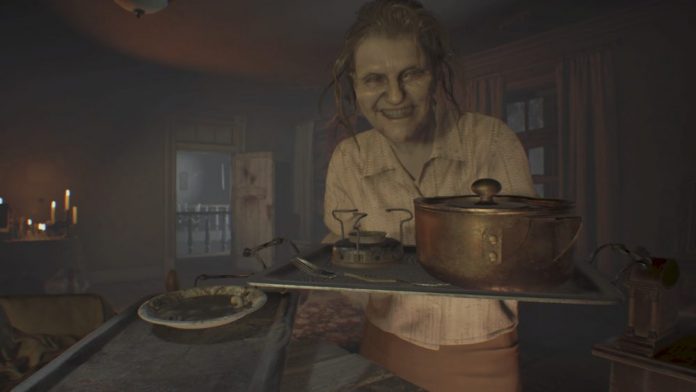 Capcom couldn’t let the hype for their new title Resident Evil 7: Biohazard die without putting up a fight.

After a pretty positive reception, not only from Gamespew’s own Matt Eakins in his 10/10 review for the game but, from many others in the gaming community, Capcom has already released additional DLC for the game entitled Banned Footage Vol. 1. It is currently only available for PlayStation 4 but is releasing on all other platforms on February 21st.

There’s also another DLC set to be released on 14th February for PS4 because nothing says “I love you” like a horror-filled mansion of death. So get hyped again Resident Evil fans, there’s already more content – and it just might one of the best things Capcom has done with the game.

For those of you that are wondering if the new DLC is worth the $39.99 (£24.99) season pass price; I can’t say yes for the second and third DLC just yet, but the first is definitely worth it. If you’d prefer to only buy the first, Banned Footage Vol. 1 is available for standalone purchase for only $9.99 and Vol. 2 will have a standalone price of $14.99.

Banned Footage Vol. 1 includes three game modes. The first is titled “Nightmare” which fans of the previous games might appreciate as it reminds me a lot of the Mercenaries mode in Resident Evil 5 and 6. Nightmare works like this: you play as Clancy Javis – who players will recognise as the cameraman for The Sewer Gators crew featured in the main game – as he fights his way through five waves of enemies. When Clancy awakes he has 1,000 scrap on his person and the players can use this scrap to “craft” or “purchase” weapons, ammo, health, and upgrades such as increasing your health or reload speed. He can also use scrap to craft traps spread through the area such as trip wires or even turrets.

You may think that 1,000 scrap doesn’t seem like enough to make it through five entire waves of enemies – and you’d be right. In this mode there are compactors located in a few different places. At the beginning of the first night you must turn on the compactors which produce a steady amount of scrap that you can pick up during each wave and run back to the start to craft more ammo or whatever you need. There are also closed doors that, if you can save up enough scrap, you can get into using corrosive (available for purchase) to melt the lock. Each wave of enemies gets tougher and tougher so you have to plan and save as much as you can to help make it through all five nights. 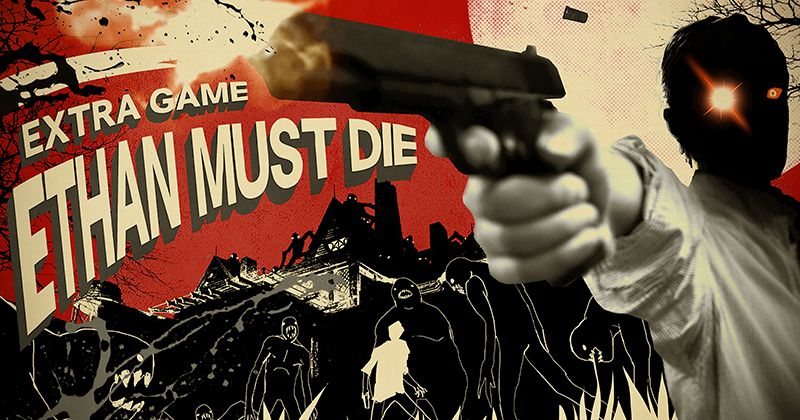 The second part of the DLC is a mode simply called “Bedroom.” In Bedroom you also play as Clancy, who is tied to a bed, with Marguerite, one of the members of the Baker family, trying to force feed him disgusting mouldy food. When Marguerite leaves, Clancy manages to jimmy his way out of the bed and from then on it’s up to you to figure out how to get out of the bedroom. If you make any kind of loud noise, Marguerite will come barging in and gets very angry if anything in the room is different. You can mess up three times before she ends you for good.

Bedroom is definitely one of the best parts of the DLC so far and I would have been very happy to have puzzle rooms like it included in the main game. There is one part in the game where something similar happens but it’s quite brief. Capcom definitely missed an opportunity not including more puzzles in their main game.

The third and final part of the Banned Footage Vol. 1 is called “Ethan Must Die” and this is a hard-as-nails mode where you play as Ethan, the protagonist from the main, as he goes back into the mansion using only the bare essentials. At the beginning of the mode you are given only a knife and are able to collect things but they are few and far between and many of them are booby-trapped and can explode, killing you instantly. I haven’t gotten very far in this mode as it is extremely difficult and I have very little patience, but from what I’ve played it can be fun; you just have to learn how to conserve as much as you can.

Resident Evil 7’s first DLC is a great addition to game and gives players a nice break from the tension of the main story. Look forward to the Banned Footage Vol. 2 coming 14th February on PlayStation 4. And for those of you who don’t have any interest in paying for new content, there is going to be a free DLC unrelated to the main game entitled Not a Hero coming sometime this spring.