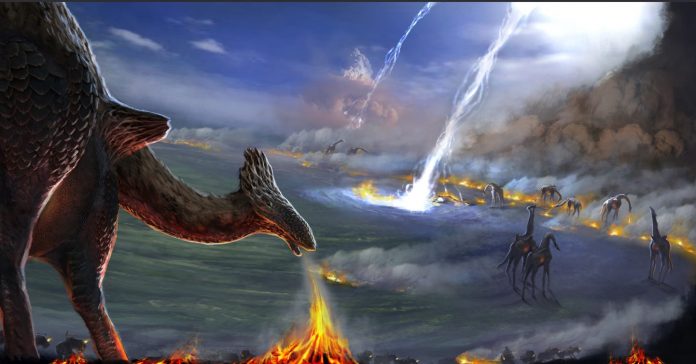 Back in 2014, Sony Santa Monica – developers of God of War and, more recently, Bound and Here They Lie – suffered numerous layoffs owed to the cancellation of one of their larger projects. Although the game had been in development for over three years, after it was cancelled, we never heard from it again. Until now.

While we will never get to see the title (codenamed Darkside) in action, we now get to, at least, have a little look at what could have been. Erik San Juan, who has worked as a concept artist on numerous Sony Santa Monica titles, also included two pieces on his portfolio from a “unnannounced and cancelled PS4 game” developed between 2011 and 2014.

As you can see in the images above, the game was indeed marked as cancelled – and looked very intriguing. While the images are no longer available on San Juan’s website, you can still view each one here in their full glory – there are quite a few.

No reason was ever given for the cancellation of Darkside but, either way, it is unfortunately gone. A shame, as technologically decked-out humans exploring a magical, alien world is certainly an interesting premise – if a little Avatar.