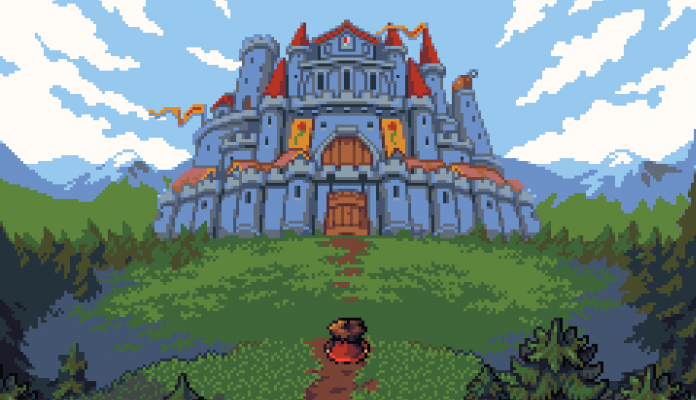 While the 90s may now be over two decades past, it’s hard to understate the influence its games have had on today’s titles.

JRPGs from the time gave a sense of wonder; a childlike yearning to explore a mysterious and unusual world. And, perhaps, save it from encroaching doom. Many contemporary titles see fit to borrow that feeling – and also take from its focus on characters and combat. Others, however, see fit to live in that nostalgia. To give fans, both old and new, one last traipse through the SNES era of role-playing games. Shadows of Adam, from the aptly-named Something Classic Games, feels truly old-school. With classic turn-based party combat, charming 16-bit visuals and a tremendously good chiptune soundtrack, Shadows of Adam is made for those looking for a a trip down memory lane. Heck, there’s even an option to turn on scanlines.

The village of Adam is a peaceful one. Isolated and secure, its few denizens know little of the outside world – or the darkness dwelling near. One day, however, when danger looms, two of Adam’s inhabitants, Kellan and Asrael, must step forward to defend their home and, unknowingly, the world itself. Joined by companions both old and new, the group sets off into a realm of creatures, puzzles and an irritating pair known as Zak’n’Nik.

The story and characters is are first of two places where Shadows of Adam surprises most. While the narrative’s framework is visibly cliché, it hides an unexpected amount of depth and nuance through its characters. On your journey, the four characters will, expectedly, form bonds and ignite feuds, both through actions in the present and past. 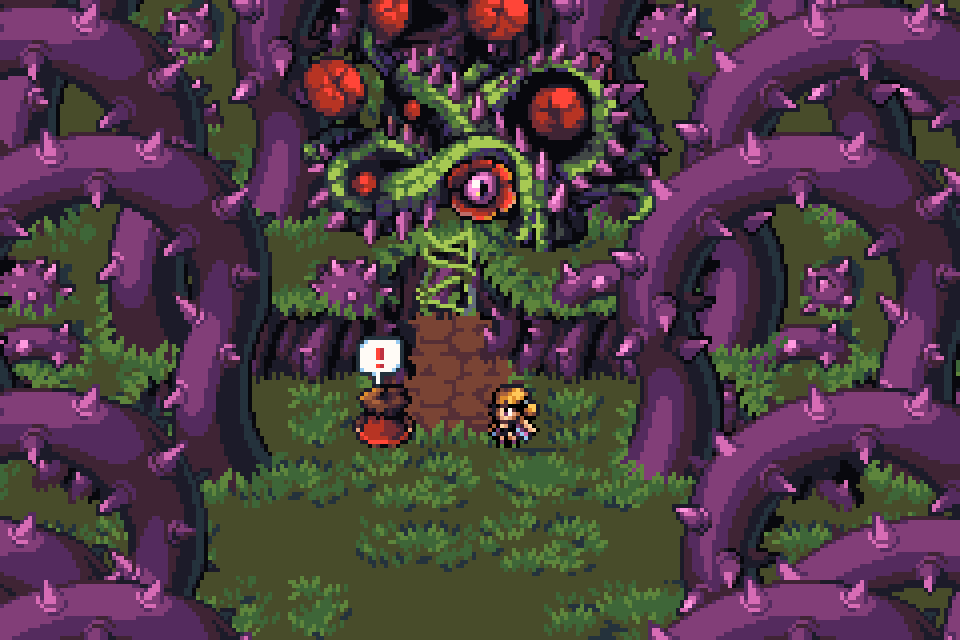 As you progress, each is given numerous flashbacks detailing past events and situations. The pacing of the game’s exploration, combat and narrative is done expertly, and helps enforce its many poignant moments. As twists and turns are revealed, it gives much appreciated substance and development to each main character, especially Talon and Curtis. In the end, Shadows of Adam‘s story of companionship, sacrifice and love is, perhaps, its most compelling feature.

Simultaneously, each character acts as your conventional archetype in combat. With a standard JRPG fighting system and your expected classes of fighter, mage, monk and rogue – bolstered by simple and quick menus – combat is immediately accessible. By the end of the game’s approximately 15-hour runtime, each character will have nearly a dozen abilities covering an entire range of uses. This, along with equipment, plentiful artefacts – which boost a varying range of stats – and vitally-needed consumables, ensure that combat has enough depth to stay enjoyable until the credits.

Where Shadows of Adam surprises again, though, is in its difficulty. I’ve often found that, with older JRPGs, many become repetitive and easy rather quickly. You eventually find the optimal modus operandi; the most powerful skills for each character to use that soon make each battle a chore. Shadows of Adam avoids this almost entirely.

Thanks largely to its unique Action Points (AP) system. AP is needed to use any of a character’s abilities and, whereas most games would restore this between fights, Shadows of Adam does not. Instead, it is returned little-by-little every turn of combat, using items or killing an enemy. It forces you to conserve your AP; thinking ahead to when it’ll be needed most. At the same time, enemies are often difficult,  and the game has a large bestiary of both standard creatures and bosses. You’ll often find foes resistant to certain types of elemental or melee damage; pressuring you to change up your standard approach. 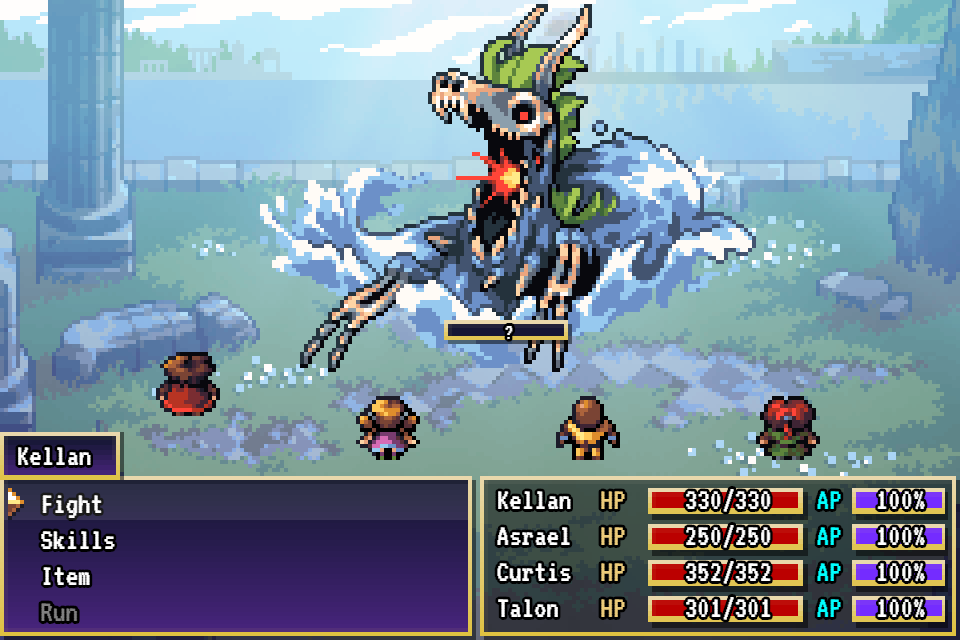 For the most part, the challenging and engaging difficulty is retained throughout the entire game. However, certain areas – particularly an optional end-game cave – are prone to a sudden difficulty spike or, more rarely, dip. In addition, the last hour or two does become slightly tedious as environments, enemies and puzzles are, unfortunately, reused a little too often.

However, the game’s general variety extends over to exploration. Barring the end, locales are never reused and changed often enough that Shadows of Adam always feels fresh. Kellan and friends will find themselves venturing through murky swamps, arcane towers and fiery volcanoes and, while there is noticeably little in the way of sound effects, you’ll regularly find yourself bobbing your head to the delightful soundtrack.

The classic JRPG rock-pushing puzzles also make an appearance. Along with some other unique and well-designed puzzles involving using magic to manoeuvre through snake-like tentacle barriers (don’t ask) and a crumbling tower which forces you to go both upwards and downwards to make progress, they help keep exploration from feeling too stale. Well, apart from one incredibly simple puzzle which kept me stuck for half an hour – but shhh, let’s just ignore that.

Shadows of Adam surprised me. JRPGs are a crowded genre and, admittedly, often adhere to a limited design model. It’s especially remarkable then, that a game that knowingly takes from its predecessors could stand out so much. Although that is, perhaps, why it succeeds: it takes the very best aspects of the genre, cuts out most of the tedium and delivers an exciting, stirring and compelling trip through memory lane.

Shadows of Adam is available on PC.