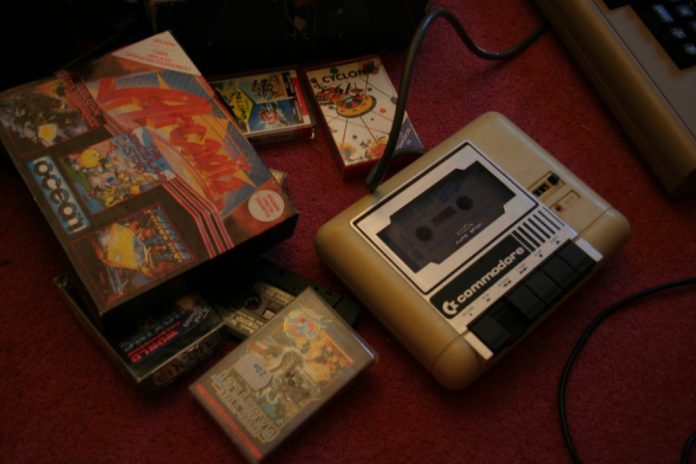 There are websites dedicated to dissecting the games of yesteryear and dozens of ways for players to experience old titles. Yet most retro-gamers tend to view the objects of their digital desire through nostalgia-tinted spectacles.

Sure, there are a few gems that are worth replaying. But as someone who gamed their way through the 8 and 16 bit eras, there’s no way I’d trade in my PlayStation 4 for a NES Classic. Even if they are rarer than a Tomb Raider game without animal murder.

Why? Because the early days of gaming weren’t as glorious as they’re reputed to have been. Come with me as I take you on a tour of ten things that made this age such a minefield.

Loading times today tend to be counted in minutes or even seconds. There are even those who will happily purchase an expensive Solid State Drive (SSD) just to shave a few seconds off this inconvenience. In the days of the ZX Spectrum, Commodore 64 and their ilk, games had to be loaded from tape. This could take up to ten minutes, during which time the computer would emit a hellish shriek as it crammed the respective 1s and 0s into its miniscule memory.

Assuming it loaded, that is. Many cassette recorders – which often had to be purchased separately from the computer – were insanely temperamental. The tapes the games came on were also less than reliable. Consequently, if a fly coughed seven streets away your game would refuse to load, at which point you’d have to begin the whole onerous procedure again.

While some, myself included, may grumble about the pervasiveness of day one patches, the alternative used to be less pleasant. Before patching became possible and permissable, there were games released that could not be completed. So you could spend hours working towards finishing a game, only to be cruelly foiled.

The amusingly named Jet Set Willy had you roaming a mansion collecting discarded objects. But due to a number of bugs, it could not ever be completed: several other games were similarly crippled. Some included missing platforms or gaps that were too large to jump. In a few cases there was evidence that the developers had simply not finished the game and published it as is. Which, of course, would never, ever happen No Man’s Sky – I mean, today.

Eyebrows were raised when it was announced that Techland would not be releasing Dying Light on the PS3 or Xbox 360 due to the game’s hardware demands. But back in the day, companies had no qualms about porting arcade titles to different platforms, regardless of how underpowered the target computer or console might be.

So gamers had to deal with dross like the Spectrum version of Street Fighter 2. While the sprites were recognisable as their arcade counterparts, the game moved with all the fluidity of a spoonful of treacle. The ports of Final Fight and Mortal Kombat were equally awful. There were those who picked up the games on the strength of the name alone, only to uncover the digital monstrosity they had purchased.

Copy protection is, and always has been, a colossal imposition. But it was a more pressing concern during the days of 8- and 16-bit computer gaming, when it was ridiculously easy to pirate a game. All it took was a twin-deck hifi, or a pair of cassette recorders, and you could copy any release.

The software companies’ response to this was to implement a wide array of increasingly convoluted protection mechanisms. Sometimes you were required to pick a word out of the manual and type it in. Other games had you fumbling with more elaborate devices, perhaps lining up the dials on a cardboard wheel.

The worst of these was Lenslok. This system was used to protect, amongst other things, the space trading game Elite. In order to play, you had to squint through a piece of transparent plastic in an effort to decode the on-screen symbols. Fail and you were locked out of the game you’d paid an outrageous amount of money to own and had to reload it. Even now, I still suspect there was some kind of  demonic influence at work.

While Mass Effect 3 may have been criticised for its overly similar choice-negating endings, it at least had endings. All too often retro games had no real ending to speak of, typically displaying the words “Well Done!” and then unceremoniously plonking you back at the menu screen. Hardly the reward you were expecting after spending an hour or two completing your virtual task.

Thanks to modern-day features such as objective arrows, you’d be hard pressed to get lost in most games,  especially considering how linear they often are. But many old-school games were labyrinthine, leaving you in serious danger of stumbling around aimlessly.

The apparent solution was to make a physical map, using graph paper and a pen. Many gamers actually embraced this technique, believing it made for a more immersive experience. Some may balk at its inclusion in this for just that reason. Yet I always found this experience to be utterly tedious, taking me out of the game rather than pushing me deeper into it. The invention of automapping couldn’t come quickly enough.

7Save systems, or lack thereof

You can’t play a game these days without being patronisingly reminded that turning your console off while it’s autosaving will bring about the apocalypse. During the early days of gaming, such a luxury was rarely afforded. If you didn’t finish the game within one sitting, you had no recourse. Children would live in mortal fear of their parents turning off their system overnight, erasing their progress.

When games did start getting save systems, they were often password-based. Cartridges could potentially contain a battery backup, but it would cost manufacturers more than a standard cart. Instead, they often implemented password saves, meaning you had to scrawl down an excessively long string of numbers of digits to continue to the game.

Lose the scrappy piece of paper you’d written the password on and you’d have to start all over again. At which point you’d be so enraged you’d start inputting rude words into the password system. While typing in “BIGHAIRYBOLLOCKS” did not, in fact, warp you to the final boss, it was strangely cathartic.

These days, you rarely see games based on movies. The fundamental differences between movies, a passive medium, and games, an active medium, mean that their respective narratives don’t easily translate. But a good 20 years or so go, any remotely high profile movie ended up receiving a video game version.

Okay, I may have made that last one up, but I honestly believe that if Ocean had got their hands on the license, 90’s gamers would have been leaping around, flattening Nazis with their buttocks. These titles were mediocre at best and, while they did sell, they failed to live up to the licences’ respective potential. These days, developers at least consider which genre would best suit their properties.

No matter how much money filmmakers spend on special effects, they can never match the power of the imagination. The scenes that you’re mentally conjuring up as you read a book will never quite match up with those that are portrayed on screen. In a similar manner, text adventures used descriptive language that allowed your mind to fill in the gaps, creating a mental picture of the location you were exploring.

So why, then, do text adventures deserve a place in this list? Because while they may have catered to your imagination, their limited interpreters meant they were excruciatingly painful to play. Text adventures required you to input commands in order to proceed, typically two words at most. Yet they were often incapable of understanding synonyms, accepting only the commands the creator had specified. Leading to situations like this…

>KILL MONSTER WITH SWORD
What do you want me to do with the sword?

>KILL THE MONSTER
I do not understand monster.

>USE SWORD
Use the sword on what?

>THE MONSTER
I do not understand monster.

The monster swipes his claws across your throat. You crumple to the floor in a pool of blood.
You are dead.  Restart (Y/N)

>SHOVE THIS GAME RIGHT UP YOUR ARSE.
You are dead.  Restart (Y/N)

It’s commonplace for games, especially RPGs, to feature objects that are quest essential. Yet most games make sure these objects remain in your inventory and cannot be discarded during the course of a quest.  Attempt to hurl one into a lake and you’ll find it stuck to your hand like superglue, the game reminding you that you won’t be able to solve the Theft of the Mysterious McGuffin without it.

Not so old school games. It was entirely possible to drop, sell or even ignore items that would later become essential to your progress. The gruesome Elvira: Mistress of the Dark was a prime example of this. The game let you use objects to create spells which you in turn could use to combat enemies. However, many of the objects you could drop into your virtual cauldron were required to solve later puzzles. It was entirely possible to spend ten hours on the game, only to have to restart your game from scratch because you incinerated a quest-essential item. A shoddy, hateful piece of game design. 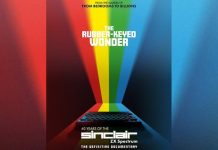 A New Documentary, The Rubber Keyed Wonder, Will Take a Nostalgic Look at the ZX Spectrum