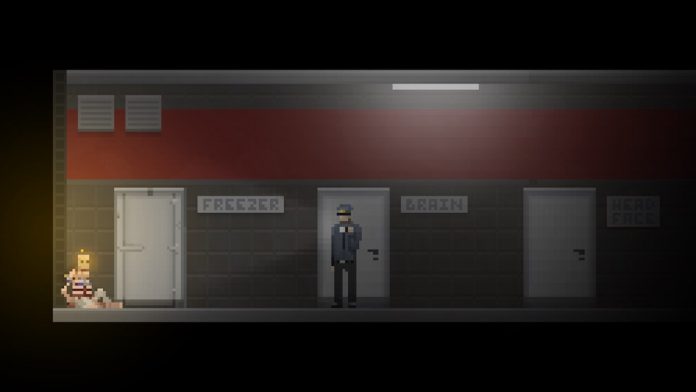 For all of the high praise the recently released Resident Evil VII has been subjected to thanks in part to its apparent “originality” and return to form, for me, it’s always been the indie horror scene that’s more closely stayed true to its roots of terror and unease.

Games such as Slender and even last year’s Yomawari: Night Alone proved that an impounding sense of fear didn’t have to be tied to a high budget, and now with the release of Uncanny Valley, this sentiment remains true.

Developed by a small team known as Cowardly Creations, Uncanny Valley is an indie survival horror game presented within a pixelated minimalist art style. Placing you in the role of the tainted and newly-appointed night watchman Tom, your job is to watch over a spooky remote robotics facility. It isn’t too long before you realise that everything isn’t quite what it seems, and it’s up to you to try and piece together the strange goings-on that begin to happen around you.

It’s a simple enough set up for a horror game, and one that gives you just about enough context to understand why your character is forced to hold out in such a creepy and somewhat cliché abandoned location. What really sells the unabashed sense of unease, however, is quite surprisingly the game’s aesthetic. Everything being pixelated means you’re never sure who – or what – is terrorising you at first, forcing your animalistic urge to run or get the hell out of there to kick in instantly. There’s just about enough detail to gauge what a door, table, and even workstation are, but the mysterious black shrouds chasing you? Not so much.

Being a night watchmen, the main bulk of Uncanny Valley’s core moment-to-moment gameplay is your exploration of the area, letting you spend each of your seven-minute night shifts however and wherever in the facility you’d like. This general amount of freedom within a relatively confined location is one of the game’s most unique elements, and one which forces you to prod, poke and pick up the many tapes, items, and doors around you in the effort to piece Uncanny Valley’s story together. This need to explore and discover is one which horror games of old were known for, so it’s very welcome here. 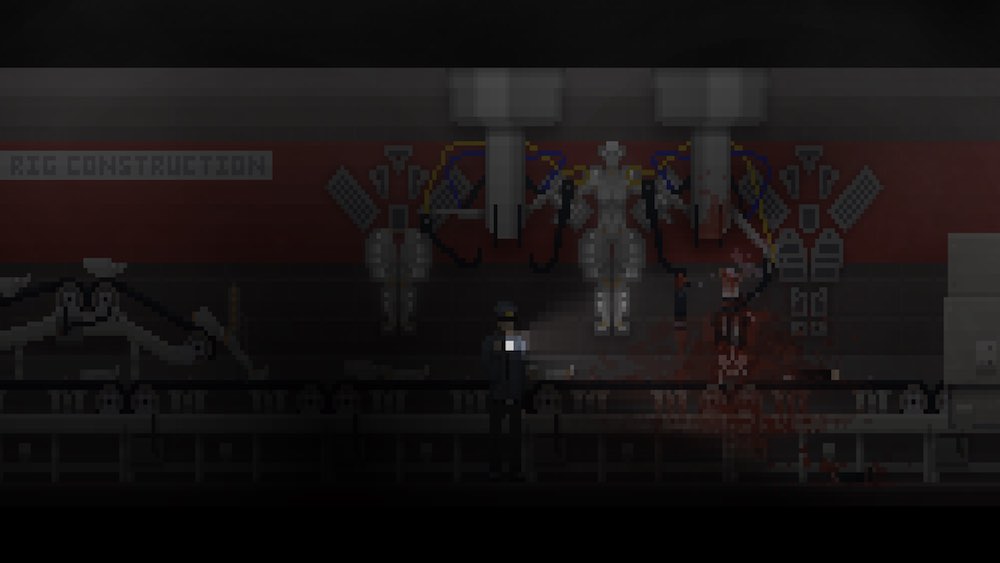 Speaking of piecing Uncanny Valley’s story together, this isn’t something you’ll be able to do in just one playthrough. Although not a roguelike in the strictest sense, Uncanny Valley is a relatively short experience that really demands repeat experiences, not least because of the limited time factor present during each night of your shift. The items you find, rooms you enter, and tapes you listen to will determine the number of paths available to you, and ultimately, will determine what ending you’ll receive. In one playthrough my experience ended shortly after stealing a car, but had I not broke into my partner’s room and stole the keys, this wouldn’t have been something possible.

I found that a casual play session of Uncanny Valley could last anywhere between 90 minutes to four hours, depending on the way I chose to spend my shifts; whether or not I completed the tasks in my notebook, or just generally wanted to do what was subtly asked of me. It’s a key gameplay hook that won’t be to everyone’s tastes, but I found that this unique rinse-and-repeat approach always kept me engaged and eager to learn more. Put simply, I’d sooner experience a short story multiple times with slightly different elements each time than a stretched-out tale of no consequence.

This is unfortunately where Uncanny Valley begins to suffer. You see, although well-refined, focused, and generally eerily creepy, the game’s story often doesn’t end up being worth the time and effort you’ve spent discovering it. It’s a classic case of the journey being more important than the destination – but as long as you bear this in mind going in, there’s a lot of fun (and scares) to be had.

Tom is a central character with a clearly messed up past, and following each one of your shifts you find yourself plunged into one of his night terrors. The problem here is that the psychological supernatural experiences in your mind never quite fits together with the explorable story of Melior Robotics, making for a fairly disjointed experience. Plus, if you take the game’s title into account, upon hearing the tapes and reading emails, it isn’t all that hard to predict where Uncanny Valley’s story is headed. 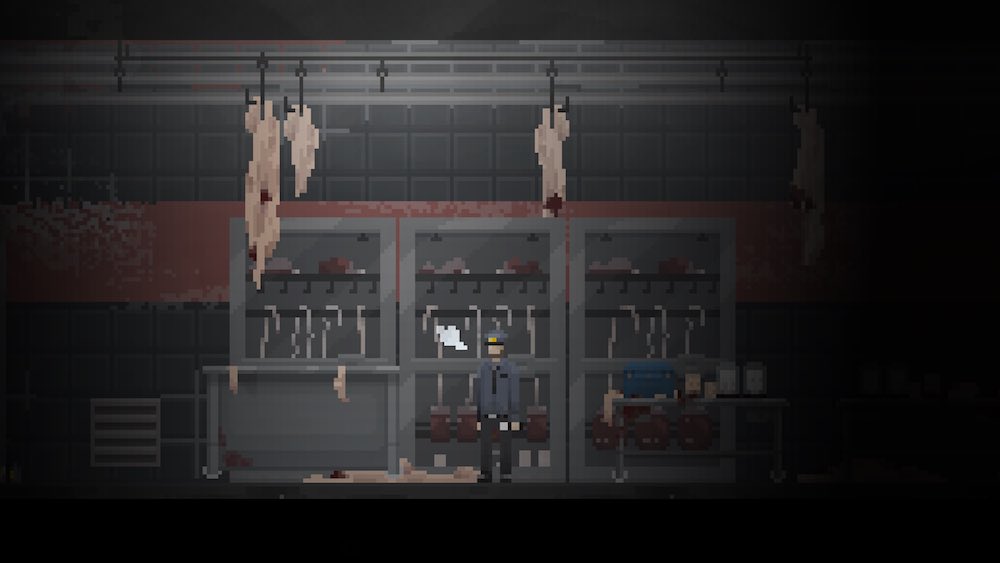 Despite these few narrative drawbacks however, Uncanny Valley remains a genuinely creepy and interesting indie horror experience, and one that should be applauded for its unique consequence system which melds together environment exploration with slight roguelike elements. Armed with your trusty flashlight, a couple of seven-minute shifts, and plenty of macabre imagery presented in pixelated fashion, Uncanny Valley never failed to scare or surprise me with everything – other than its finale.

Uncanny Valley is available on PS4, PS Vita, PC and Xbox One. We reviewed the PS4 version.