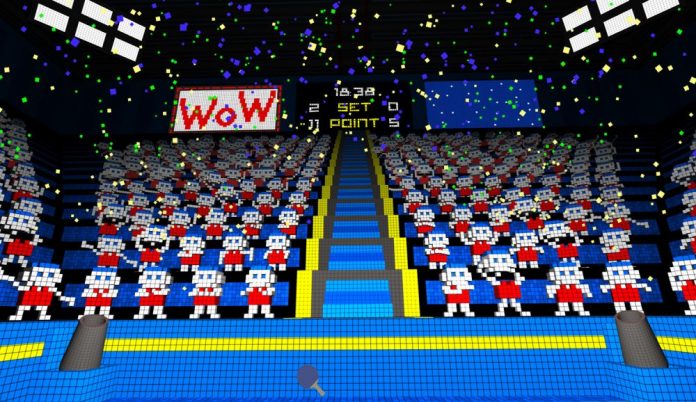 As far as peripheral-assisted sports simulation games go, VR Ping Pong is nothing new… and its certainly no SEGA Bass Fishing for the Dreamcast (it came with its own proprietary fishing rod accessory), but then just what is? Having started life as a little Steam Early Access project, is VR Ping Pong now ready for the big leagues of PSVR?

By definition, Steam Early Access means users “should expect missing content, bugs, incomplete content and potentially game-breaking problems”, but having been released in July 2016, you’d expect most of these issues to have come out in the wash by now. And largely, they have. Unfortunately the few problems that remain do cause real issues, but we’ll get to those later. For now, what’s good about VR Ping Pong for PSVR?

Actually, plenty. To start with, what I’d say was the most important element of the experience: does it feel as though you’re really playing ping pong? Well, yes. The scale and proportion of the table, bat, ball, opponent and the room you are in all feel spot-on and there are a number of adjustments you can make to personalise your experience. From player height or distance from the table to the colour of the ball or direction of view, there are a number of practical and cosmetic adjustments that allow you to ensure you’re as comfortable as possible while playing.

The basic back and forth is initially very difficult to get to grips with. The first 20 minutes or so consisted mostly of me missing the ball or when I did connect with it, skewing it off and killing spectators with my bullet-like shots (which actually earned me a trophy). You can also “kill” spectators by aiming your paddle at them and pulling the trigger, for some reason. It’s amusing – but ultimately pointless. Fortunately, there’s a practice mode which lets you hone your skills and learn how much “oomph” to put into each of your shots. 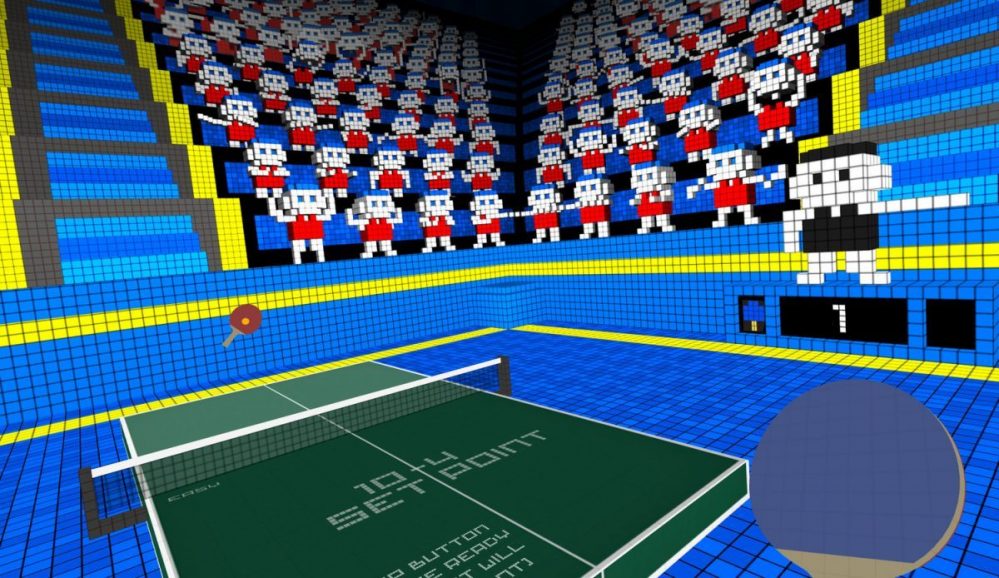 Unfortunately, there’s no multiplayer mode to really test yourself and show off your skills – your opponent will only ever be the computer. The AI can be set to Easy, Medium or Hard, but once you learn its regular quirks and patterns, they’re all mostly the same – though the higher the level, the longer your rallies will become. There are other “Arcade” modes too that ask you (in pretty bad English) to perform tasks like serving into a moving goal or respond to a constant stream of serves from a machine. Then there are the more basic ways of playing: either a single match or a tournament mode which asks that you win around six games in a row – it’s far harder than it sounds, even on easy!

One gripe I have with VR Ping Pong is that the opponent’s paddle constantly remains firmly fixed flat in their hand. This means you get no visual representation of which direction the ball will go when struck. While the AI doesn’t send it hurtling towards you, it would still be nice if you had that little bit of visual feedback to work with. You’ll also find it difficult, though not impossible, to add spin or real power to your shots. Occasionally I’d try a powerful strike of the ball, just for the motion tracking to clip my paddle through it and lose me the point, or I’d find my attempt at a spin resulted in a weak bounce, again losing me a point. It’s especially frustrating if your opponent is only a couple of points from the win. This was all a bit disappointing as it took away any meaningful competition – though that’s not to say it completely ruins the fun of rallying.

There are a few other things that don’t run so smoothly, too. As I mentioned earlier, these are perhaps some remnants of VR Ping Pong‘s time on Steam Early Access. On Steam, the game will set you back £6.99/$9.99 while the PSVR version is £11.99/$14.99 and that makes the bugs all the more difficult to ignore. The issue that pops up the most is the disappearing ball. Occasionally, on your serve you’ll have a paddle but no ball to hit. Pressing buttons does nothing, and the only way I found to fix it was to hide the PSVR controller’s light from the camera behind my back and wait a moment. There were also times when the menu would become stuck on the screen. Apart from the trigger which you use to make your selection, the controller buttons would do nothing and it’d be hit or miss which menu option you pressed as multiple menus became layered over one another. Finally, among other problems, you may begin a round and be stood in silence, forcing you to quit and reboot the game. Though this didn’t happen often, it was still an unnecessary irritation.

Visually, VR Ping Pong leaves more than a little to be desired, but ultimately manages to pull off what it was going for: an over-simplified, pixelated Minecraft effect. Much like the sound effects of the crowd (simple cheering or booing dependant on how you perform) and the, admittedly satisfying, “click-clack” of the ball on the table or paddles, the visuals, while basic, are functional if nothing else. While I would have been much happier playing a VR version of 2006’s Rockstar Games Presents Table Tennis, VR Ping Pong is consistent enough to stand on its own two feet. 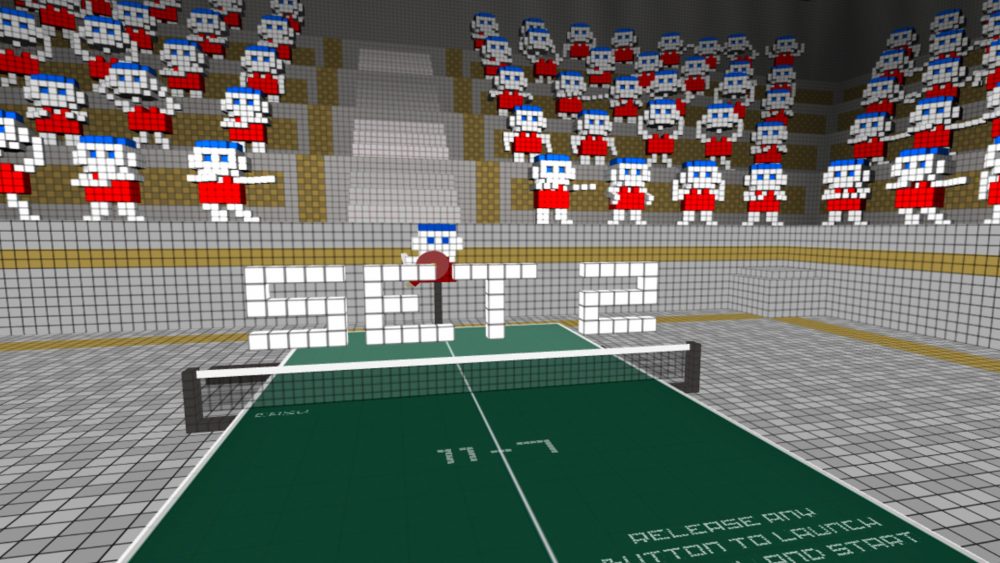 Ultimately, if you’re looking for a serious table tennis game then this isn’t it; VR Ping Pong sits firmly in the casual gaming genre, but that isn’t necessarily a bad thing. Its basic graphics and sounds would certainly have benefitted from a little more time or effort, however, and the same could be said for its gameplay. Still, it’s fairly good fun in short bursts, especially if you enjoy a game of table tennis now and then. As for those bugs and glitches, only time will tell if they get patched or not, but that would certainly mean a big improvement.

VR Ping Pong is available on PS4 and PC. We reviewed the PS4 version.