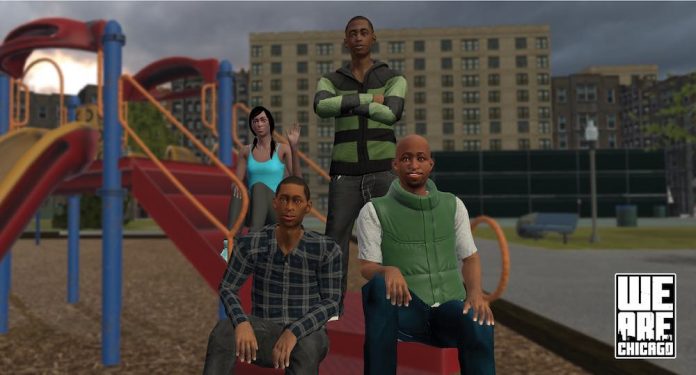 According to the Chicago Tribune, 4,368 people were victims of gun violence in the Chicago area during all of 2016.

That same year we saw our highest murder rate in twenty years, outperforming New York city by well over 100 deaths. No small feat for a city with roughly a third of their population. As of this writing, during the first 23 days of January, another 231 people have been shot within the city limits. Chicago is an active war zone; has been for years. The police cite widespread gang violence as the overriding cause, and it’s hard to disagree – but why Chicago? Why its young men of colour? What are the systemic conditions present here that are driving so much of our population into lives of violent crime?

No easy answers, of course, but the team at Culture Shock has a new game out that hopes to give players some insight into the problems of generational poverty and social inequality present in the underprivileged neighbourhoods of Chicago’s south side: We Are Chicago.

Aaron Davis is a kid with a lot of problems: graduation; college admittance; a little sister to look after; friends that aren’t getting along. Oh, and the Gangster Disciples are at war with the other street gangs for control of his block.

We Are Chicago is ambitious, no doubt. It seeks for nothing less than to present the black experience in America as a portraiture in absolute earnest. And while it succeeds in that ambition to its most literal extent, it also falls short as a piece of entertainment. That makes it a difficult subject to critique but I’m going to try anyway because that’s what Da Mayor would want. “Always do the right thing” he would say. 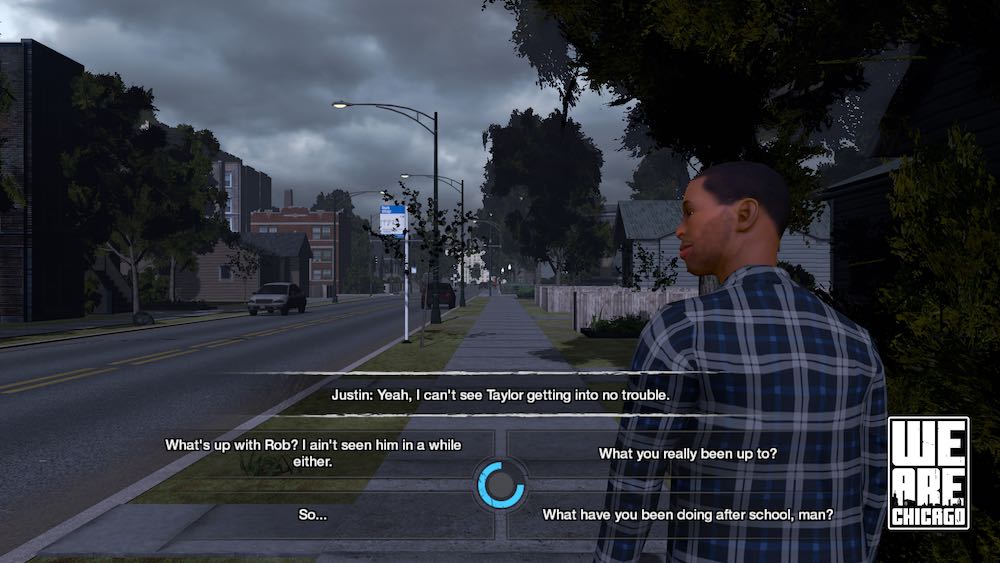 So, I want to front load the negative stuff here. I wouldn’t ordinarily point something like that out but I want to be clear that what I’m about to write comes with some major caveats later on in my review. I truly believe that We Are Chicago is worth the time for some but… well, it’s ugly as sin. The character models are bland, waxy, glassy-eyed, poorly animated, and badly lip-synched. The world they inhabit looks like something a Counter Strike modder spit out circa 1998. Loads between relatively tiny, sparsely appointed zones are oddly choppy and the graphics options might as well not even be there.

If you’re familiar with modern, dialogue-heavy point and click adventure games you’ll know exactly what to expect with We Are Chicago. The whole thing is played from a first-person perspective from which you select objects and talk with people by choosing dialogue from a tilt wheel but it’s often time-limited to such a heavy degree that it’s nearly impossible to absorb your options and make a deliberate choice. All interactions take place using one button. There is literally no other input.

An odd stylistic choice has been made to project some dialogue on walls á la Splinter Cell Conviction but it’s inconsistent and more puzzling than affecting. This bleeds over into some other aspects of the design as well and makes a good case for the idea that sometimes less is more.

The voice acting is solid in spots, but workmanlike (and the main character is unvoiced which feels jarring in context). Actually, that’s kind of the theme running through the whole presentation. It unceremoniously limps to the finish line but makes a point of dropping that checkered flag.

So, on a technical level, We Are Chicago is not great. There are nothing but rough edges to cut yourself on. However, I think it’s important to criticise art based on its intent as much as its quality. Was it effective? Did it deliver the experience it intended to?

You see, We Are Chicago isn’t really a game. It’s interactive, sure, but its intent isn’t necessarily to entertain or engage through its interaction. It’s there to inform. We Are  Chicago is here to show someone like me – a white, middle-class urbanite with no first-hand knowledge of this subject matter – a bit of what the black experience in America is like. Sure, not like Friday, or Barbershop, or Do The Right Thing. It doesn’t have that much style. No, it’s simpler than that. Almost subversive in a sense. 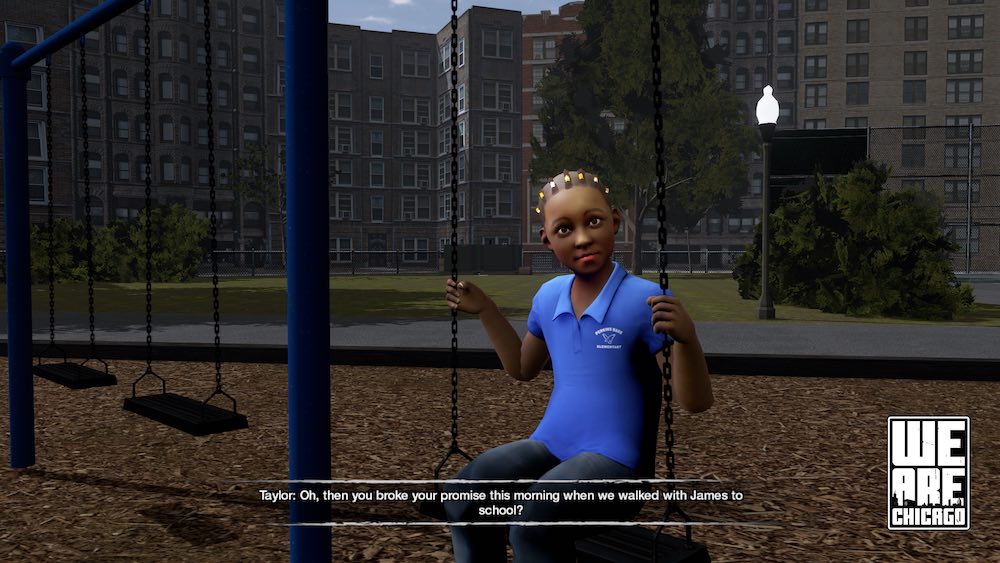 Aaron Davis and his friends and family members are all just trying to make good. Their world is one of poverty and hardship – but it’s also surprisingly mundane. Character motivations are nothing more than the realities of their real-life counterparts: graduate high school. Get into a good college. Make enough money to support a family. Make time for your friends. These are all things we can relate to – but where these motivations intersect with the daily realities of the violence inherent in the local community is where the value in We Are Chicago‘s narrative lies.

These are people who live under the threat of injury or death on a daily basis. They all know affiliated gang members. They’ve all been threatened or had to cross the street to keep from starting something. They all know someone who’s been shot. When gunfire breaks out just down the block at dinner time, it doesn’t bring the evening to a screeching halt. Life goes on. There will be more shots fired tomorrow. There is no illusion of security in this world, just the day-to-day reality of a life lived in hope of something better.

That’s where We Are Chicago spends its artistic capital and it’s where its themes resonate most. Worrying about the safety of your awesome little sister; working an unbelievably tedious part-time job; making time to study. This isn’t any kind of life I would want for myself and yet there are those out there who live it every day; We Are Chicago drives that point home without pointing fingers or casting shade (though, in reality, there is plenty to go around).

It’s just too bad that its production values and general lack of polish keep it from ever achieving a proper moment of emotional transcendence. It tries, in places. You can feel the spots where everything should coalesce into a well-earned slow-clap moment, but We Are Chicago’s aim is far too wide of the target. It’s also short. Very, very short. It also ends very abruptly and with little to no closure.

It’s frustrating because many of the characters are brilliantly written (especially Aaron’s little sister, Taylor, who really is a treat) and there’s enough earnest desire to show you the world through a glass darkly that We Are Chicago isn’t without value. If experiencing life through unfamiliar eyes is something that interests you, then you might gain a little perspective here. Just don’t expect too much in the entertainment department: We Are Chicago is more That Dragon Cancer and less Telltale Games in that regard.

We Are Chicago is available on PC.