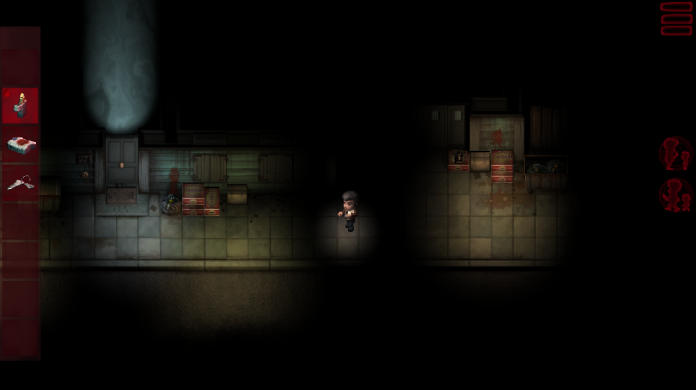 There’s an unwritten rule in video games where you never harm children.

Some games make it so children can’t be targeted or they are invulnerable to attacks. Other games go the route of not including children in the game at all. I just watched a kid get mauled to death by a lion though, so clearly 2Dark didn’t get the memo.

In 2Dark you play as Mr. Smith, a loving husband and father of two beautiful young children. His family is torn from him on a camping trip in Gloomywood. As his wife and kids are off gathering wood for the fire, Smith hears a scream and rushes to investigate. He discovers that his wife has been brutally murdered, and watches as his children are kidnapped in the back of a car. Seven years later Smith is still trying to find his lost children, and stumbles across a series of psychopaths that may lead him to some closure.

2Dark is a stealth adventure game that revolves around saving children, collecting items, exploring environments, and killing psychopaths. The game is split up into a series of levels that require you to find specific pieces of evidence to continue. Mr. Smith only has a single life, so you have to plan out every move to avoid conflict, or at least fight with the upper hand. Enemies can be stealthily taken down from behind or shot from afar, but hand-to-hand combat will surely leave you loading your last save. You can save your game at any point by taking a smoke break, which you should do often, as 2Dark will have you dying over and over again.

Each level has a specific set of evidence that you must collect in order to progress the story. Once you’ve obtained this evidence, you have to return to the start of the level to go home. Besides the main goal, there are several other mini-objectives to complete should you want a perfect level rating. Save all the children, collect all the candy, and don’t kill anyone to achieve a perfect 5-star rating. If you fail to get all your goals the first time around you can try it again in the challenge mode, giving 2Dark some nice replayability. 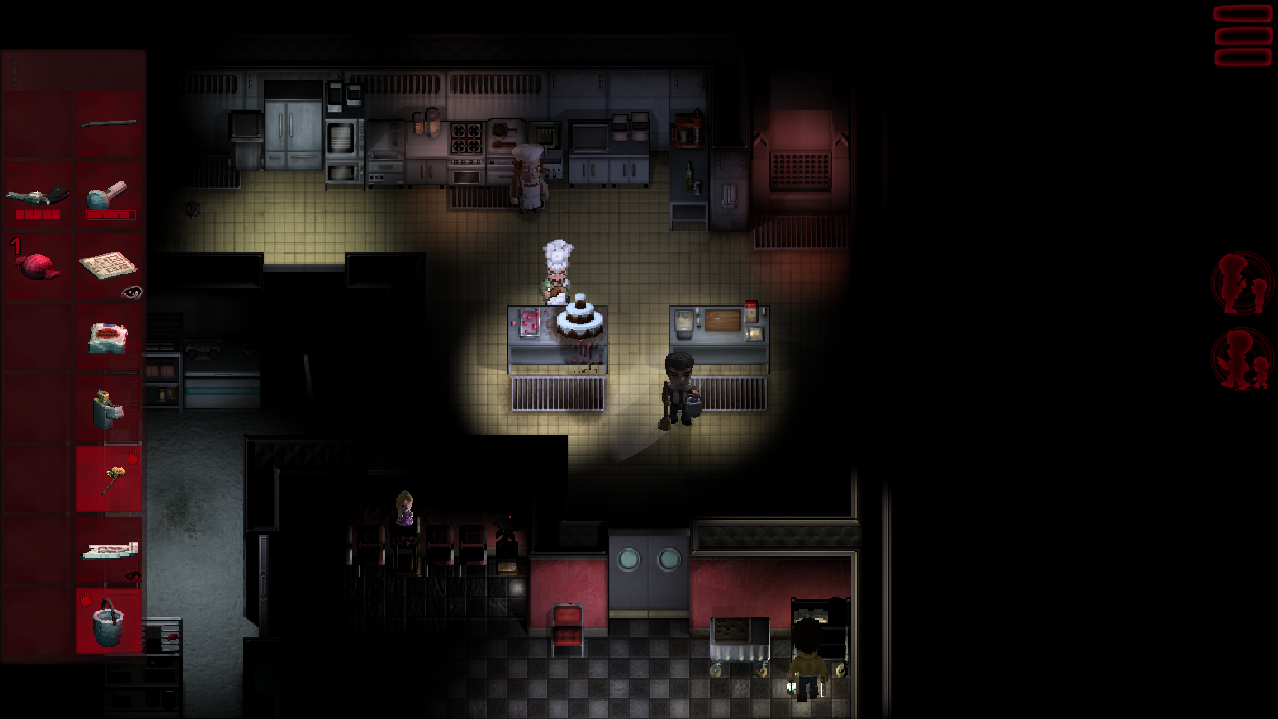 Though saving the children isn’t a mandatory objective, it is highly suggested that you do your best to escort the kids to safety. Escort missions are some of the most hated of all objectives in video games, and for good reason. They’re slow, tedious, and oftentimes frustrating due to the walking speed or path of the AI you’re escorting. Escort missions in 2Dark are slow, and a bit tedious, but you can pick up the children or entice them to walk faster with candy, and their set path follows yours directly so you can’t complain much about that. Plus, once you see the horrifying fates you’re saving these children from, you won’t get too frustrated with having to escort them out of there fast.

2Dark is easily one of the darkest, most brutal games you’ll come across. Besides sexual abuse, which is hinted at, you’ll encounter every other terrible act that could happen to a child. Children being locked in cages, tortured, made to fight or even kill each other; the list goes on and on. The game borderlines shocking at times, and it’s a wonder it only received an M rating. The psychopaths in 2Dark have no empathy and show no remorse for the atrocities they inflict on children.

Thankfully, Mr. Smith has the pleasure of brutally murdering these psychopaths in return for their crimes. Usually near the end of each area, after sneaking or murdering your way through the level, there is a boss that you must defeat to obtain a final piece of evidence linking them to the case. The bosses are all rather unique in environment, personality and fighting style. The one thing all bosses have in common is that they can either be killed with normal weapons, or using their own environment against them. If you opt for the simpler choice of using your weapons, you’ll want to have conserved at least a full clip of bullets through the level to shoot the bosses from afar. Going for the environmental death is a bit more challenging, but much more satisfying, especially since they each come with an achievement.

Generally, the achievements in 2Dark are well designed. There is obviously your standard collect-all-the-candy type achievements, but along with the achievements for uniquely killing each boss, there are several other truly challenging and achievement-worthy tasks. Things like finishing a level without saving, meaning any mistake you make has you starting from scratch, or finishing the level without firing a single shot –which is well beyond my trigger-happy capabilities – encourage you to play through the game again to challenge yourself.

Along with good design comes some mechanics that aren’t so well designed. The first minor annoyances are the rats and spiders. These little critters will attack you, and although they don’t deal damage, they will make you yelp, alerting nearby guards to your presence. It sounds like a fine enough mechanic, but the critters are hard to hit, and even harder to catch since they are faster than you are and can run into holes in the walls. This means you’ll have to find a bunch of time chasing after vermin to avoid them giving away your position in the future.

Annoyance number two comes in the form of backstabbing enemies. Usually it’s the best way to do away with enemies without resorting to a loud gun or a dangerous knife fight, but when you’re in the dark it’s hard to tell if you’re properly positioned to backstab an enemy. Even when you’re properly positioned to stab, it doesn’t always seem to work, which results in your enemy turning around and ending your life. 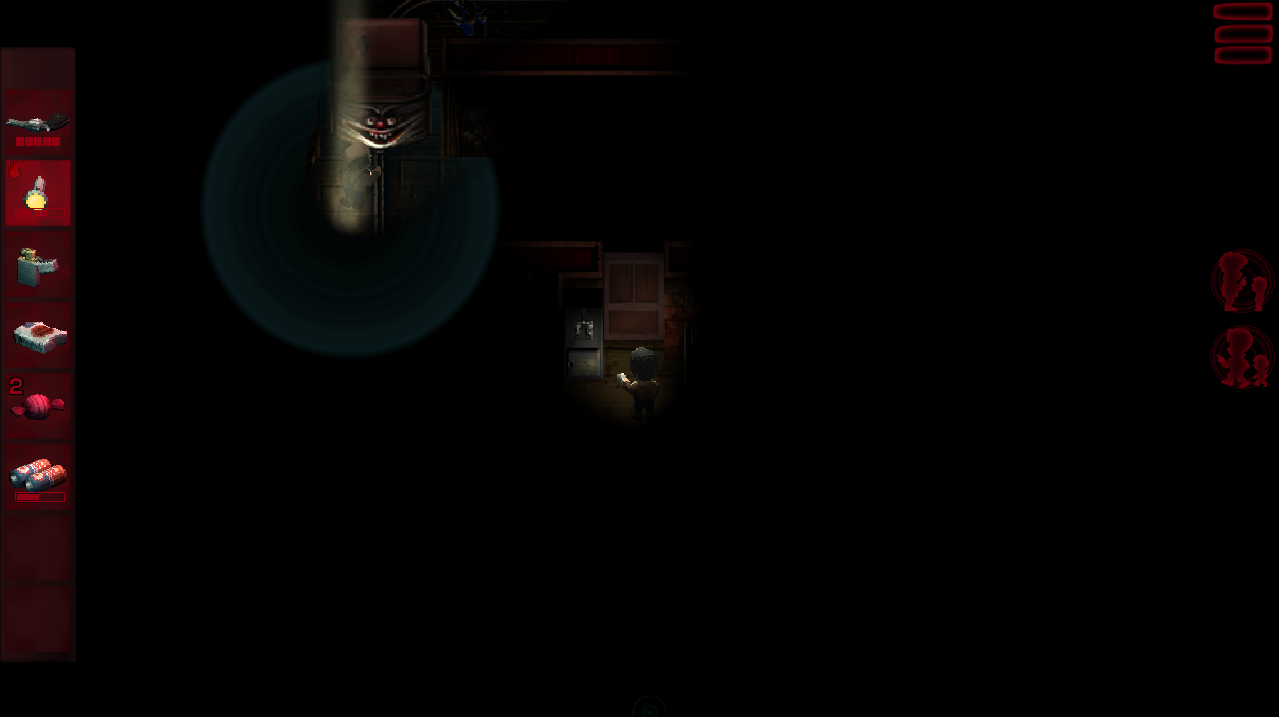 Death is a pretty serious penalty in 2Dark, so it should never be something that takes you by surprise. Unfortunately, there are several one-touch kill obstacles that can be hard to notice, especially in the dim lighting. The first offender is the spikes, which impale you instantly, but hardly look like anything even in good lighting. The second are the holes, which sometimes aren’t even holes until you actually step on them. There’s one occasion where the only indicator is a skull and crossbones drawn on a wall, and another where the terrain just looks a little roughed up, but both result in a fall into the abyss when walked upon.

Other than these hard-to-see obstacles, the art in 2Dark is well done. It captures the very dark and creepy style that the story and setting make you feel. The best part about the art are the little footstep icons that appear in place of your character when he’s completely hidden. You can tell exactly where your character is, which way he’s facing, and even what he’s doing by the footsteps. The music and sound effects all add to the creepy feel as well. It could be argued that the most important part of a horror game is the sound effects, and this goes double for a horror/stealth hybrid. The sound effects in 2Dark all serve their purpose, and the ambient noise is definitely creepy. The music adds a nice feel to the game, and there is even a little jingle that plays any time you find something important.

The only real downside when it comes to audio in 2Dark is the lack of voice acting for anything other than the loading screens. All the speaking in-game is done using text bubbles above characters’ heads, which can be very distracting and immersion-breaking when you’re trying to achieve an objective. However, this can be excused at least a bit, as voice acting is extremely expensive, especially for an indie game – not to mention an indie game that already supports seven languages.

For its asking price, a nine-hour campaign seems more than reasonable for 2Dark, especially since it’s such a well-developed game. It isn’t without its issues, but the minor frustrations don’t take away from the overall quality of the story and the game. If you enjoy a good horror with a bleak tale – and can stomach seeing pixelated children in cages or mauled by animals – then 2Dark is definitely worth checking out.

2Dark is available on PC, PS4 and Xbox One. We reviewed the PC version.