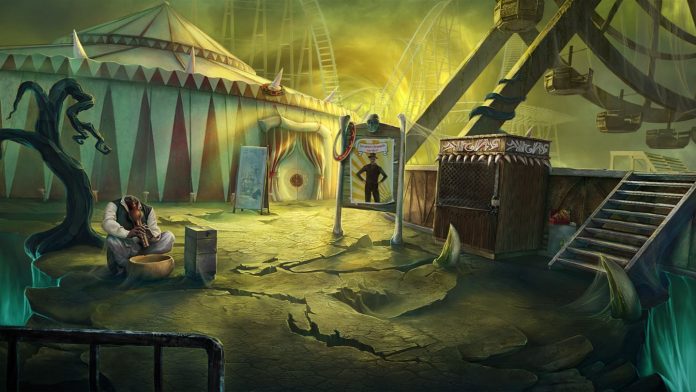 The latest Xbox One offering from Artifex Mundi is Dark Arcana: The Carnival. Originally released in 2012, it shows its age somewhat, but the creepiness of the desolate carnival setting keeps it buoyant even despite its questionable graphics.

I’ve reviewed six Artifex Mundi games in the last year, and I’m starting to feel like I could take the words from any one of them, replace the game name, and it’d still be relevant. Look, by now, we all know the score: Artifex Mundi are the masters of the hidden object puzzle genre. While their games may not offer much variety outside of their tried and tested formula, it works. When you purchase one of their games, you know exactly what you’re getting before you’ve even played it. Dark Arcana: The Carnival is no different.

For some reason, Artifex Mundi have taken the approach to releasing their back catalogue on Xbox One in a seemingly random order. The Carnival is one of their older titles, originally releasing on PC back in 2012. Its age is apparent; graphics are not as sharp as in some previous Xbox releases and animations leave a lot to be desired. At the end of the day though, it doesn’t matter too much: the meat of the game is still very much the same.

I think it’s something that the team have worked on improving in more recent titles, but Dark Arcana: The Carnival falls into the trap of forcing you to backtrack a lot. That pile of crap you’ve searched through three times already? Yeah, the item you need to progress is in there, so you’ll inexplicably need to complete the same hidden object puzzle again. It stunts the flow of the game a little, as it means you occasionally reach a brick wall and have no option but to go back to every location and check to see if any of the hidden object locations will let you interact with them again. 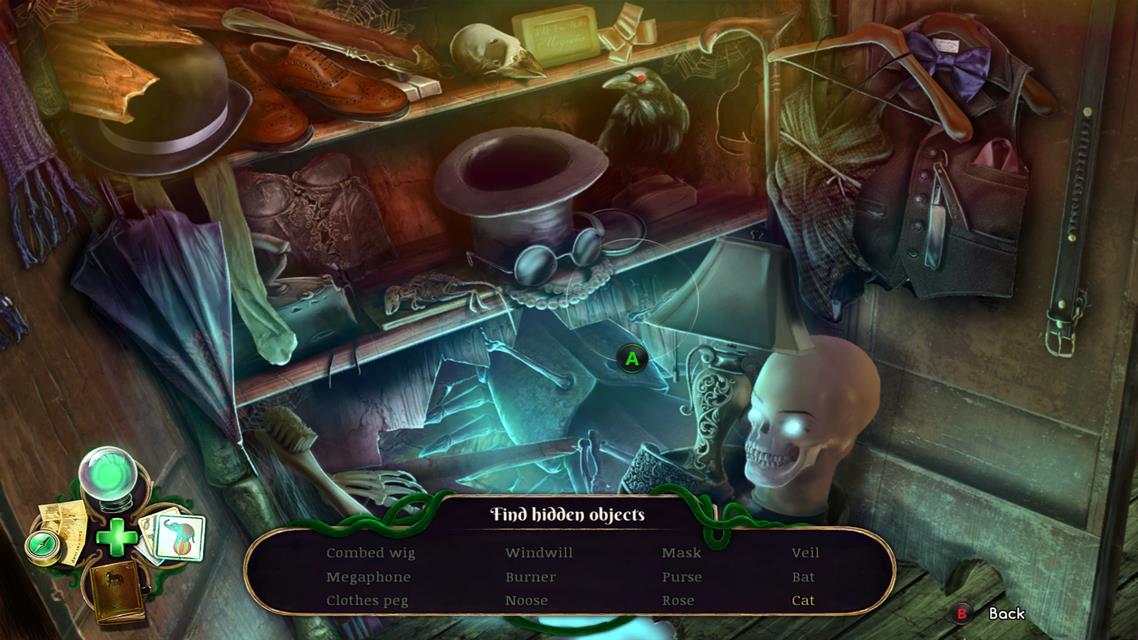 There are, however, a good mix of other puzzles aside from the hidden object puzzles (which, as often is the case, are skippable by opting to complete another kind of mini game instead). There’s plenty of variety, although as ever, none are particularly challenging. You won’t feel like Einstein for solving them by yourself, let’s put it that way, but it doesn’t make them any less enjoyable to complete.

The story in Dark Arcana: The Carnival is, again, something of a potato print. In the shoes of a detective on the trail of a missing person, you find yourself trapped in an abandoned carnival when all kinds of crazy supernatural stuff starts to go down. We’ve seen it all before – and heard it all before too, with familiar voice actors who seem to appear in every Artifex Mundi title. The story’s more than serviceable though, and does a good enough job of keeping you interested in moving forward. Despite the somewhat aged graphics, the setting is very atmospheric – there’s something innately creepy about a run-down carnival, and Dark Arcana manages to capture that very well.

I know that an Artifex Mundi game is never going to set the world on fire. It’s never going to push the boundaries of next-gen gaming nor is it going to be particularly revolutionary in any way. That doesn’t stop me getting a little excited every time a new one drops on the Xbox Store, however. They’re like a pair of comfy old shoes; you know they’re not very good, but they’re familiar and comfortable, and it keeps you coming back to them time and time again. If you’ve played and enjoyed any of their previous titles, Dark Arcana: The Carnival will be more of the same – and that doesn’t have to be a bad thing.

Dark Arcana: The Carnival is available on Xbox One and PC. We reviewed the Xbox One version.