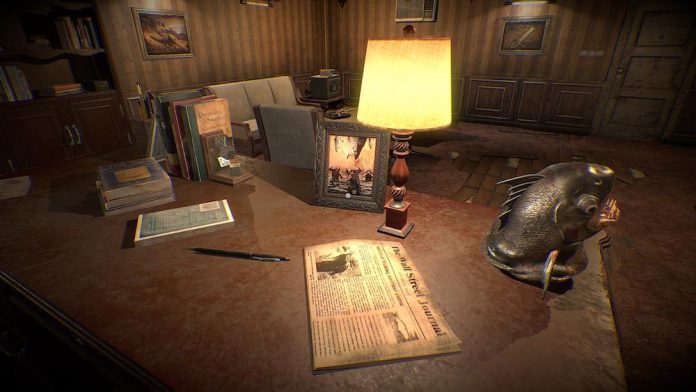 While its puzzles do provide some challenge, it’s hobbled by an incoherent narrative, awful voice acting and an antagonist who’s as threatening as a slightly out-of-date tuna sandwich.

Despite its survival horror veneer, Dying: Reborn only ever made me feel one emotion: pity. Not for the game’s central character, whose constant air of surprise becomes irritating, but for its fish-faced antagonist. For reasons that are never made entirely clear, due to the game’s patchy plot, he’s decided to put the player through an increasingly convoluted series of challenges.

So, naturally, he needed a disguise to hide his identity while tormenting his quarry. At which point he headed down to his local fancy dress shop, whereupon the following conversation likely ensued:

“Hi, I’d like to buy a full-face mask. It’s got to be really, really, terrifying. It’s.. for a Halloween party.”

“Oookay. Well, we don’t have a lot of Horror-themed stuff in, but I’ll see what I can do. Anything in particular you’re thinking of?”

“Maybe… a William Shatner mask? Or a rubber pig’s head?”

“It’s.. more like a trout with pointed teeth. It smells a bit, though.”

And so you’re left facing a nemesis who is less Michael Myers, more Monty Python. Not that Dying: Reborn is ever really frightening, the game never placing you in actual danger. At no point in Dying: Reborn can you die, nor is there any scenario that results in a “Game Over” screen. Couple this with a lack of enemies and you’re left with a “horror” game that is anything but horrific. 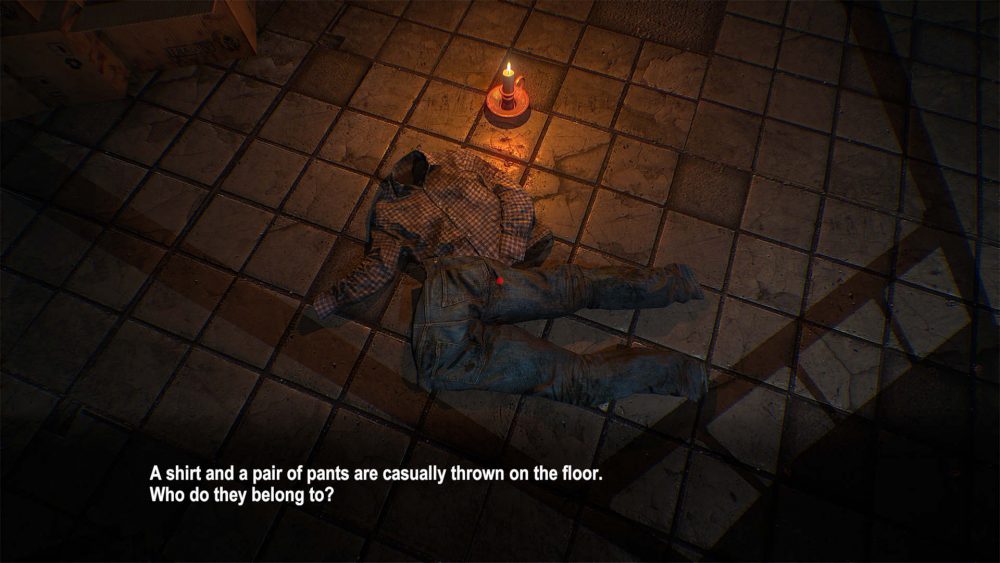 The game’s premise is that you, as the bewildered Mathew, wake up in an abandoned hotel, in a town that has seen better days. Unlike Silent Hill 2, which the game takes several cues from, you never venture outside the dilapidated building. Instead, you’re tasked with puzzling your way through six different areas within the hotel, with the ultimate aim of rescuing your sister.

Quite what she’s doing in the hotel isn’t clear, but the heavy-handed accusatory graffiti that you encounter suggests there’s more going on than meets the eye. In fact, the game couldn’t be less subtle if it flashed up “You done real a bad thing, son!” every five seconds.

Dying: Reborn offers up a few feeble jumpscares but they’re more likely to induce guffaws than gasps. There’s one gloriously absurd moment when you walk towards a window and witness Fish-Face stride past it. This moment was rendered all the more ridiculous by the fact that, fish mask aside, he was attired in what appeared to be his regular clothes.

So, devoid of any fear factor, and with its story being threadbare at best, Dying: Reborn is forced to rely on its puzzles to hold your interest. These puzzles are varied in nature and execution, about ten cropping up in each area. You may be required to decipher a cryptic clue in order to figure out a safe combination. Or you’ll have to solve a mathematical puzzle to unlock a door.

They’re suitably challenging and completing them is rewarding at first, though they become a tad repetitive later. By the time you hit level four, you well may be sick of figuring out safe combinations.  Some of the puzzles can only be solved once you’ve completed other puzzles, which isn’t always clear. This is a contrast to the Professor Layton style of problem-solving where each puzzle can be tackled completely independently. 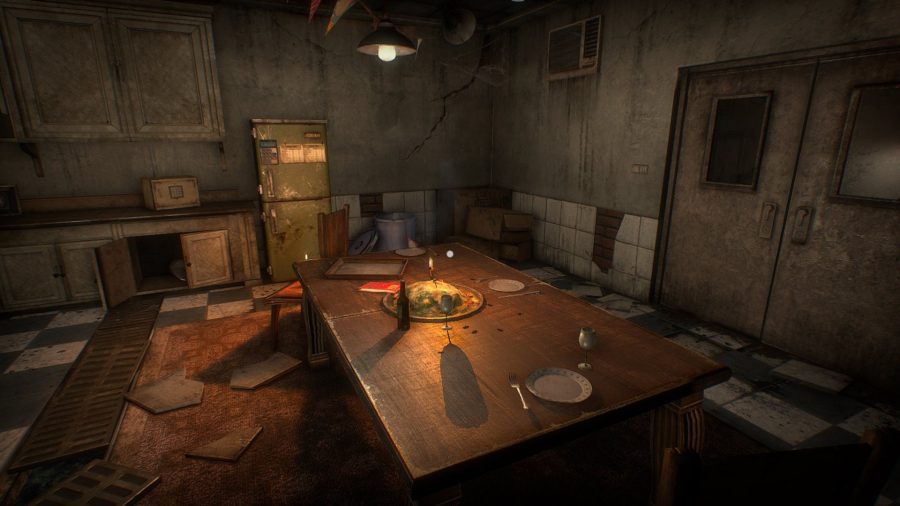 Another irritant is the way that you’re sometimes required to poke around the 3D levels, looking for items. Without objects giving off a telltale ‘sparkle’, you can spend half an hour tediously sweeping your crosshair over the level, looking for the one item you’ve missed. Furthermore, while there is no formal ‘Game Over’ screen, Dying: Reborn does feature some potentially puzzle-breaking bugs which can chip away at its playability. I ended up having to play through the game’s second level again, just because an object disappeared from my inventory.

As you progress through Dying: Reborn, you encounter new and equally dilapidated locations, such as a hugely unhygienic kitchen, but the general gameplay format remains the same. And again, there are still no enemies to pursue you, nor does the game do anything significant to generate tension.

Ultimately, Dying: Reborn is a halfway competent puzzler, but a failure as a horror game. Even when I reached the final level and was rewarded with the “shock ending”, I wasn’t entirely sure what was going on. Nor was it was putting up with all the bad voice acting just to solve a few puzzles. The game’s conclusion – itself something of a cliffhanger – promised that the “trials are far from over”, but I won’t be holding my breath for a sequel. Even if you’re a hardcore puzzle fan, there are far superior and more reasonably priced puzzlers around. It’s best to let this one swim on by.

VR Addendum: There is also a Playstation VR compatible “version” of this title, sold as a separate product. It’s not the full game, but three individual levels from the main game, so be warned.

Dying: Reborn is available on PS4 and PS Vita. We reviewed the PS4 version.