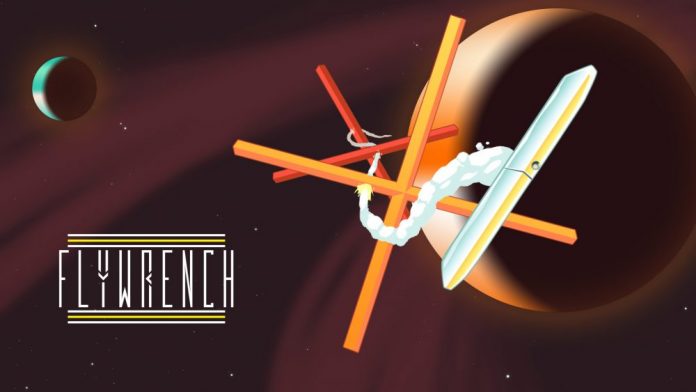 Originally released for free in 2007, Flywrench eventually received a more substantial release in 2015 thanks to a successful Kickstarter from the game’s creators Messhof.

Now, it has finally landed on consoles. A hardcore puzzle game in the vein of VVVVVV or Super Meat Boy, Flywrench shares a similar sense of addicting masochism. Beware: it is not for the faint of heart.

Taking control of eponymous Flywrench, your goal is to make your way from the beginning to the end of each stage. However, doing so requires fighting off gravity, changing colour to pass through gates, and manoeuvring around a multitude of complex obstacles. Deceptively simple at first, Flywrench soon reveals its depth by ingeniously linking the changing of colour to your movement itself.

By doing nothing at all, the Flywrench is white by default. Your only method of control is via flapping the Flywrench’s wings together which, similarly has no effect on your colour. However, by holding down the flap button the Flywrench will turn red and bring its wings together, forcing you to enter a freefall. You can also change your colour to green by pressing the spin button which has its own unique ricocheting effects. It forces you to think on your toes thanks mainly to the incredible pace the game forces you to keep at, making even the most elementary of puzzles an electrifying experience.

If you find yourself quickly becoming irritated by difficult games, ones that require you to pound your head against a wall until you get it just right, it should be no surprise that Flywrench won’t be the game for you. It makes itself clear from the word go that this is an experience that will test you in ways even the most difficult of games fail to achieve. Certain stages can be passed with a little bit of luck, but for the most part you’ll find little solace with this 150-levelled behemoth. As veterans of the PC version will tell you, Flywrench is not a beast so easily tamed. 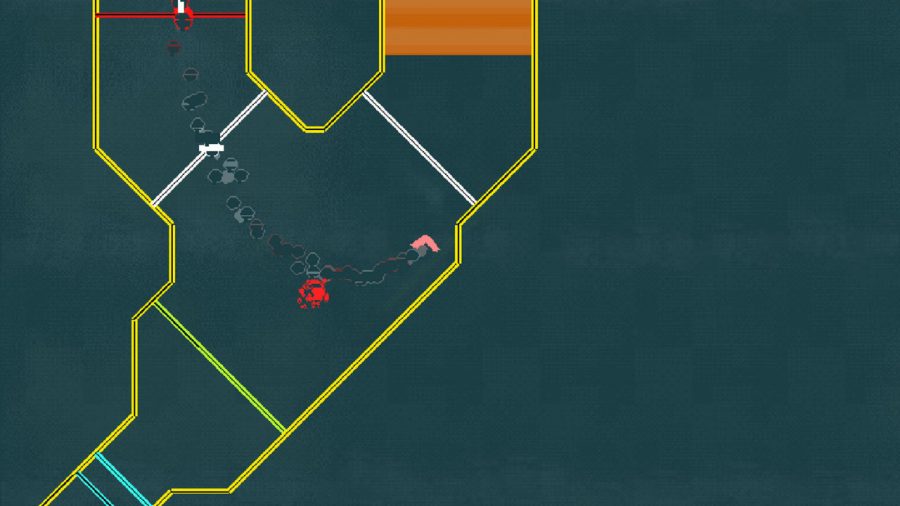 Structured like a Mario game, batches of levels are separated into the different worlds of the solar system. Beginning in Pluto and ending on the Sun, Flywrench introduces a new mechanic with each planet. Spinning gates and nigh-unavoidable traps make each new stage feel like a minefield of creative tricks. It instinctively teaches you as you fly by the seat of your pants, narrowly avoiding as much as possible until you eventually fall into the level’s end.

It’s this ridiculously fast pace that can at times make you feel like you aren’t learning anything at all. That instead, you are simply falling up, continuing to fail in the right directions rather than methodically understanding and moving throughout the game in an increasingly more deliberate manner.

However, by replaying earlier stages it becomes apparent: the game isn’t so fast that you can’t learn, it simply is too fast for you to even notice. Nonetheless, it can make you feel demoralized after long play sessions, whether you make a dent into its lengthy level count or not is beside the point. It’s inability to slow down and give you a reminder of your progress can make it a difficult hill to climb.

Flywrench sports the classic Messhof design of digital minimalism. Aesthetically, it’s feels simultaneously from the past and future. Accompanied by a pulse pounding soundtrack, it’s a testament to the studio’s unique style. While Flywrench may be two years old at this point, it still is able to maintain its hypnotically timeless style amid a sea of similar games. Living in a science fiction world that’s been slapped with a coat of Industrial paint, it simply oozes cool.

Combining the mechanics of Flappy Bird and N++, Flywrench is a mesmerising experience. Intensely creative to a maddening degree, it blurs the line between genres. Not quite an action game while also not quite being a puzzle game either, it becomes something different while retaining the best qualities of both. It can at times feel like an exercise in constant restraint, as if it were a meditation tool for some sort of futuristic monk. Despite its difficulty, Flywrench never lets up. While it’s not casting a particularly wide net, for those that fell in love with the games of its kind it is without a doubt one of the best in its class.

Flywrench is available on PS4 and PC. We reviewed the PS4 version.