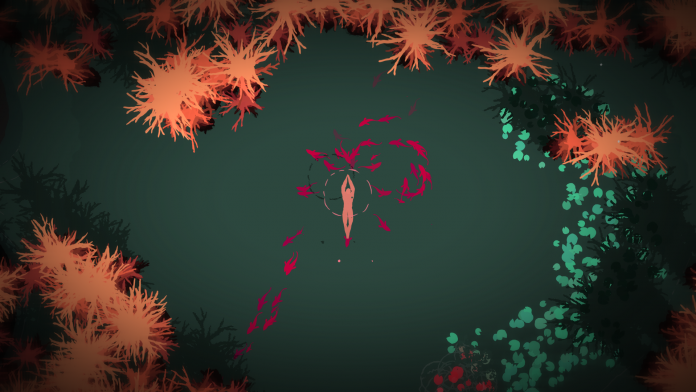 Booting up Future Unfolding drops you into a world without direction. There’s no mini-map, no quest markers, nor does the game teach you how to interact, what to do or even how to move. But you’ll learn.

Moving, of course, is simple; it’ll be the first thing you do. It allows you to become acquainted with Future Unfolding’s absolutely beautiful world. A surreal, watercolour-esque landscape that’s filled to the brim with trees, bushes and flowers; each and every one vividly picturesque.

Next, you’ll learn to run. Your bright blue avatar – in total contrast to the surrounding uncultivated yellow-and-green scenery – will dash forward, leaving a bold painter’s stroke in the landscape behind them. Screenshots can’t quite do it justice: in motion, at 60fps no less, Future Unfolding is exquisite; it’s smooth and satisfying, like controlling your own dreamlike painting.

Travelling is bolstered by just how responsive and alive the world around you feels. A good thing too, considering just how much of your time will be spent traipsing around. Rocks and stones are shoved to the side as you run through, flowers crumble below you and trees and bushes sway as you move past. As you explore, you’ll come across a varying – and subsequently more dangerous – range of animals. 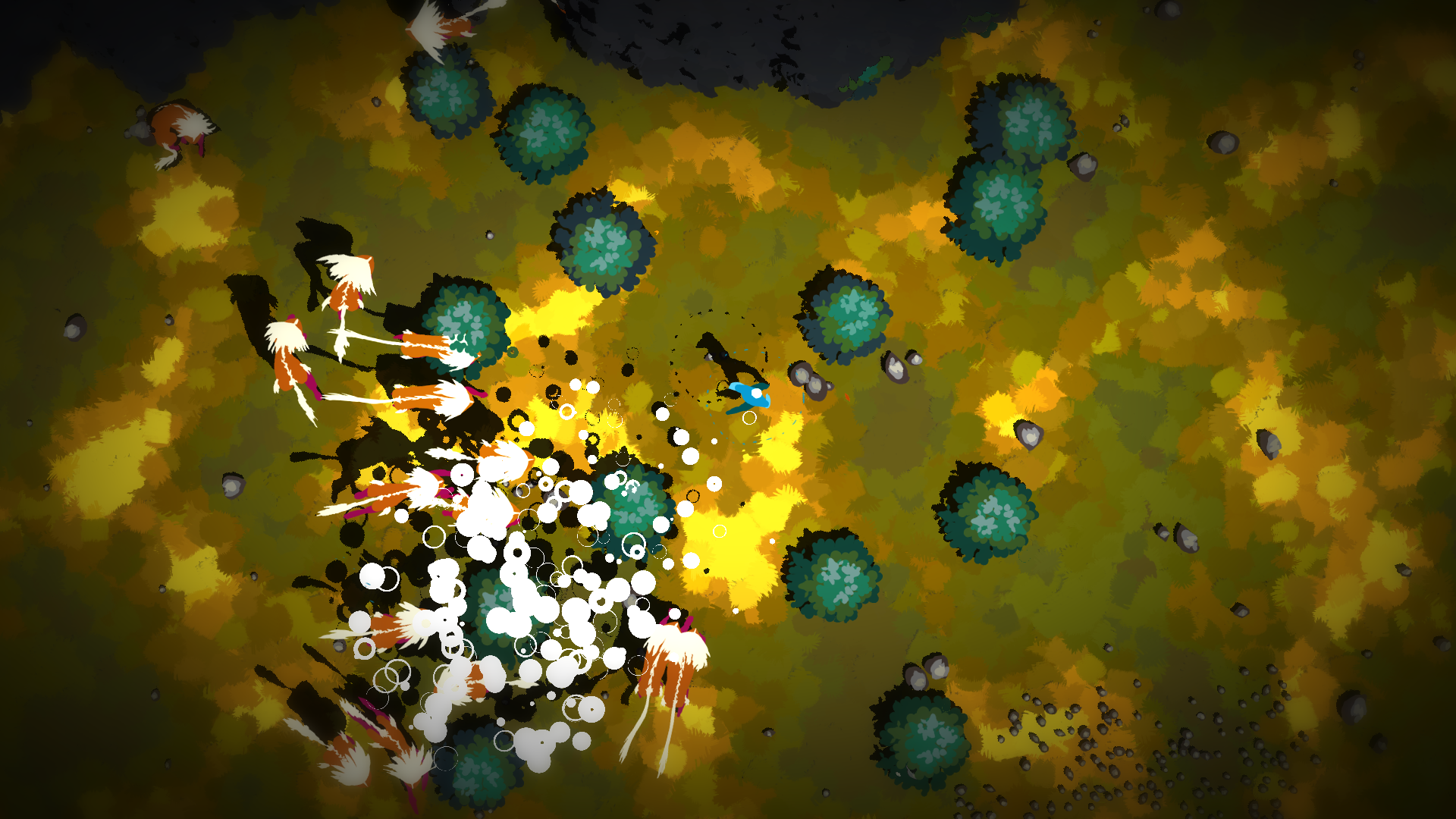 Pet nearby rabbits and they’ll follow you around for a while, or you can attempt to hop on passing deer for an extra ride. Snakes can often be found hidden in the undergrowth, waiting to attack. Die, and you’re never put more than a minute back. Future Unfolding is, at heart, a tranquil and meditative experience but also one that always feels just slightly surreal.

Sometimes rabbits will appear as you trample over flowers, and leading sheep into water will cause them to expand massively. While much of Future Unfolding is about exploration, the journey is often accompanied with simple puzzles that intertwine with the landscape. Large, fluffy sheep can be used to bounce up cliffs, deer can jump over gaps and certain rabbits can clear blocked paths.

In other areas, you’ll come across an assortment of uncommon rocks or trees. Large, painted patterns occasionally cover the terrain. Each is part of a small, simple puzzle which can be completed or ignored at your leisure. Due to the procedurally-generated nature of the game, each individual level is extensive and often interlocks – meaning that many puzzles can be bypassed.

As is unfortunately common however, the procedurally generated nature of the game does lead to other problems. On one hand, the generation algorithm does a brilliant job of creating different, unique landscapes. Very rarely, if ever, does it seems like levels repeat, but sadly, individual elements do. Within a few hours, you’ll have seen everything Future Unfolding has to show you. In later levels, it’ll just come in a different order in differing places. And while the game does a great job at allowing players to explore fully at their own pace due to the ease of puzzles, it often means that, before long, they begin to become repetitive; again, descending into slight variations of each other. 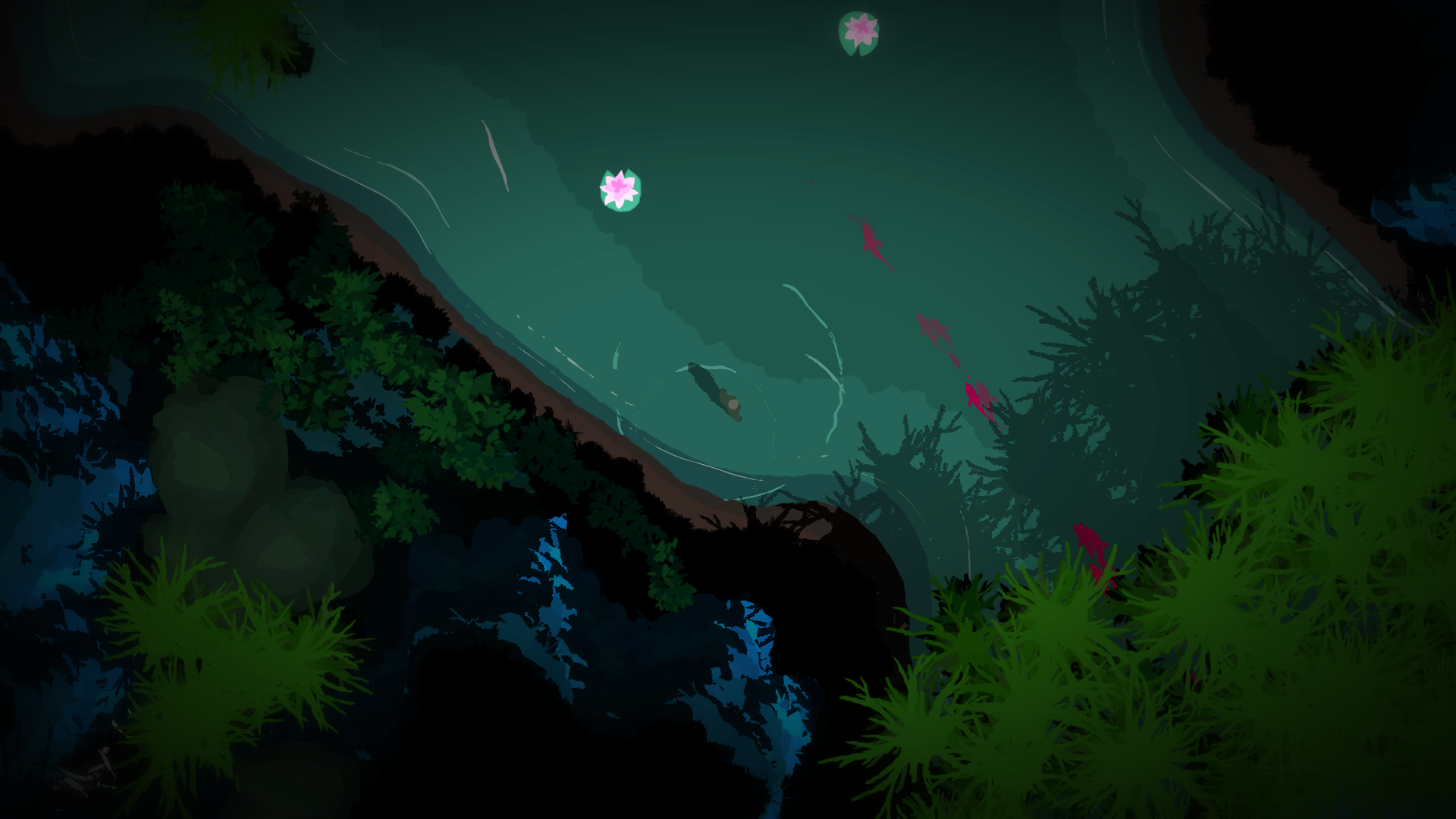 It’s a shame, as the complete unrestricted nature of the game’s puzzle solving can be subtly ingenious. The lack of handholding, in both exploration and discovery, means there’s always more than one solution to be found. Many, you may never know – because the game never tells you. One of the most common barriers Future Unfolding uses is rocks. Time and time again, you’ll come across a large clump of boulders blocking your path. Of course, you could try and find a way around or see if an obvious nearby puzzle could let you through. Maybe not. You could lure a wet sheep over and just jump over it. It wasn’t until hours in I realised I could use the attacks from snakes to clear paths.

Each and every one of those was an option – and there were probably more – but so too, was just walking off and ignoring it. Future Unfolding‘s serene pace is certainly its biggest achievement, and it invites you to become lost in its harmonious world – even if it’s just for a few short hours.

Along the way, you’ll be subtly lead to various story marks. Some will give hints on how to deal with various problems around you, while others will give a more hazy overview of the world itself. It’s marginally interesting – if purely for the opaque nature of it all – but not enough to keep you interested once the procedurally generated levels run their course.

I couldn’t help but draw comparisons to Journey while playing, especially during the latter half of the game. Mechanically, the two are entirely distinctive, but thematically they’re much closer. Both depict a speculative pilgrimage through a stunning, serene land – but where one journey swells until its unmitigated climax, the other keeps going and going, growing weaker with each step.

At the outset, Future Unfolding is magical experience; an elegant world waiting to be explored, with wonder at every step. But with each discovery, the wonder disappears – and isn’t replaced with anything new. Once you’ve uncovered everything the game has to show you, puzzles soon become petty barriers, the magic runs out and the procedurally-generated world loses its charm. In the end, Future Unfolding keeps unfolding for just a little too long.

Future Unfolding is available on PC.