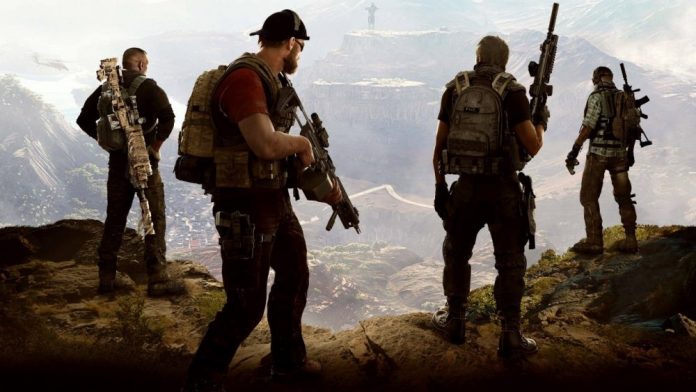 If you’re like most people, when you think of Ubisoft and Tom Clancy, you think of Rainbow Six and Splinter Cell.

Although those may be considered their biggest hits, another franchise has been there for a while. Ghost Recon: Wildlands is the next logical step in the series, taking the tactical gunplay Ghost Recon is known for and throwing it into a massive world. It’s an ambitious title that doesn’t deliver on all fronts, but there’s still plenty to love about this game.

Ghost Recon, as a series, is basically what would happen if Rainbow Six and Splinter Cell had a baby and named it Freedom. It’s a military shooter in which your squad, the elusive ‘Ghosts’, travel the world fighting baddies with total immunity. Ghost Recon: Wildlands doesn’t shake that up much. You’ll drop into a sprawling Bolivian world, topple the Santa Blanca cartel and its leader El Sueñ0, UNIDAD, and well… empty space. As it is with most military shooters, you’ll go around jamming forced, unnecessary amounts of patriotism into a haphazard story while solving all your problems with bullets. What the narrative lacks, however, the gameplay makes up for. It’s a tight, clean, polished shooter. On the market right now, it’s definitely a choice for best co-op experience. So, where to begin?

Wildlands is insanely big. But the game starts with something much more timid: character creation. I saw tons of people going on about how huge and detailed the customisation was, but honestly I don’t see it. It’s done very well, but it just isn’t that extensive. There’s enough there to make your Ghost feel unique, but not much beyond that. Half of the good stuff is locked based on progression, and the colour palettes just seem… off. The red isn’t quite red, the blue is kinda grey. Once that’s over you’ll be dropped into a cut scene explaining who’s your friend and who isn’t. After that, it’s mission time. Do it first, before anything else, so you can get your first sniper rifle. Then it’s really time to sink in.

How story progression works in the game is great. You don’t even have to stay in the starting area if you don’t want. Pick from any number of the several areas, all with varying difficulties (represented by skulls), and have at it. The missions you do in the game don’t vary much at all by area: story missions, supply raids, rebel ops. That, truly, is the biggest headache in the game. While you can approach each mission differently, they are, at their core, identical except for a very few special cases. Supply raids and rebel ops offer a nice change of pace, and help with character skill building, but they too fall into only a handful of categories. Repetition is the name of the game, so spicing each encounter up relies on your creativity. Some necessary items are locked behind skill points, however, and that system is a mess. 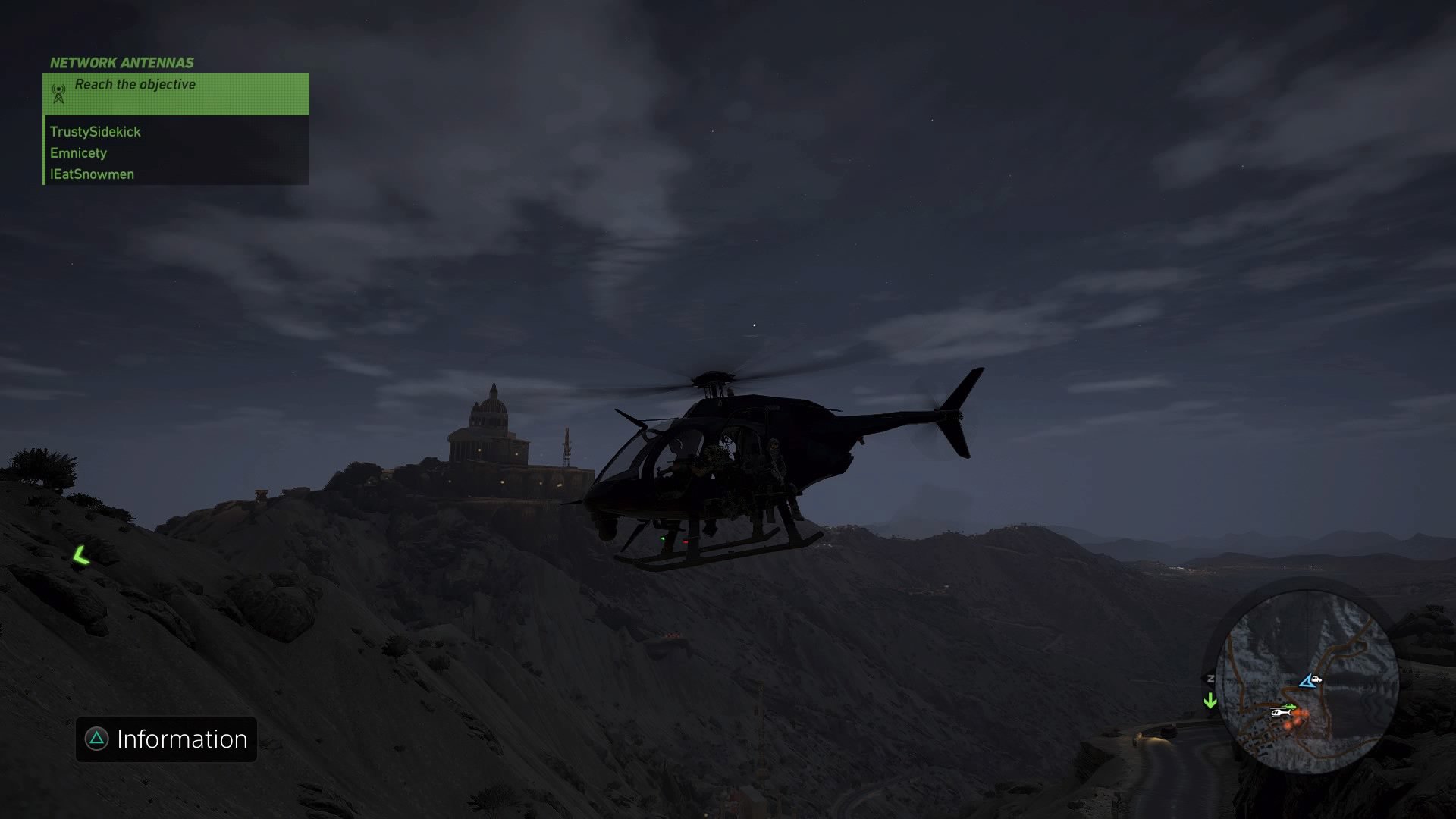 Okay, you’re a covert special ops agent dropping deep into hostile territory so why exactly do I need to burn a skill point for a parachute? Flashbangs? THE ABILITY TO ZOOM-IN MORE WITH MY BINOCULARS?! Essential items for a special ops agent like C4, mines, high-quality drones, etc. all take lots of skill points and resources to unlock. Doing supply raids and tagging resources in the game will grant you resources for specific categories such as food, comms, medicine, etc. You need x amount of those resources and a set number of skill points to unlock skills. Instead of utilising the brilliant system The Division had, they did this. If this was the desired route, specific trees should exist so that you can pick a playstyle. Because with what is in place, everyone will be the same.

Mechanically, with character movement and gunplay, Ghost Recon: Wildlands is pretty damn solid. Hit detection is spot on. Any tiny gap that exists between you and an enemy, a bullet can fly through. Shoulder switching, high intensity shootouts, mounted guns – it’s all well polished. Some aspects are awkward and hard to navigate though. Fall damage is calculated terribly, sprinting for more than six seconds requires skill points, the cover system falters when you need it most, and this game desperately needs a combat roll. But what sticks out most is the continuation of the idiotic no jumping crap. You cannot convince me a highly trained military warrior cannot jump. Not buying it, nope.

For solo players, Wildlands can feel a bit stale but it’s not awful. I put some solo time in and it was plenty of fun. However, friendly AI is not to be trusted. Your teammates will not always use cover, easily die, and sometimes not even shoot. Sync shot is back though, and is smooth as ever. Without a doubt, this game is designed for the co-op experience. The tactical discussions, the long helicopter rides, the successful dismantling of a base with no witnesses; they’re all great. The freedom to split into two man teams, wander aimlessly, and have some senseless fun has made this game one of my favorite co-op experiences in recent memory.

It should be noted that this is not a thinking man’s shooter. Then again, there aren’t many of those that are military shooters. It’s caused some real life governmental problems, it’s full of classic “Hell yeah America!” stuff, and the story and world don’t quite feel alive. The world in Ghost Recon: Wildlands is extensive, but it feels dead and empty at times. Villages don’t feel lived-in; people aren’t chatty. It’s very dreary. But, this isn’t the type of game, or series, that draws on that crowd. It’s a tactical shooter that allows you to be careless and just have fun. By all means listen to the story; just don’t get mad when it leaves you wanting. If you don’t go in expecting to be blown away by a thoughtful narrative, you’ll have a great time playing. 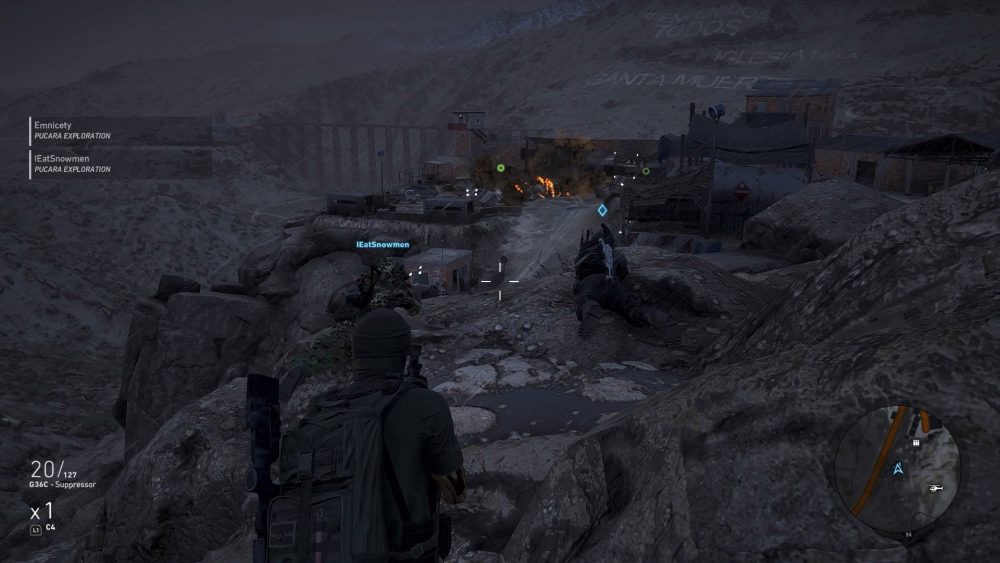 Weapon variation and customisation is also out in full force. There’s a great selection of weaponry and attachments, almost all of which must be found throughout the world. You can deck your solider out as you wish, but anything without a silencer is basically useless unless you feel like going full Rambo in your game – which, I mean, more power to you. Also being able to carry all your unlocked equipment (flashbangs, C4, mines, etc.) all at once is a nice touch. Once you get into high difficulty areas and scrounge up those weapons, you probably won’t change your loadout much more after that.

Driving, in all vehicles, is another aspect of the game that feels rushed. Helicopters fly awkwardly and loosely, planes act as if made from cardboard, and SUV’s and jeeps act as though they have no traction. All the roads, even basic asphalt or dirt, are littered with invisible pot holes that send your car flying and make it hard to drive straight. Luckily there’s fast travel in Ghost Recon: Wildlands, because otherwise it’d be a mess getting around in this game after a while.

Ghost Recon: Wildlands is a seriously ambitious title that hits most of the right notes but misses a few. As a shooter, it is tactical, refined, and precise. As a world it is open, sprawling, and filled with things to do/find. And as a co-op experience, it’s arguably one of the best yet. If you have some friends who like this kind of stuff, this is the game for you all to enjoy. Ghost Recon: Wildlands tried to merge to successful parts of The Division with the Ghost Recon series, but some of that effort fell by the wayside. Regardless, it’s a decent solo game, and an excellent co-op game. Wildlands isn’t necessarily a must buy, but still manages to be stand out in this (so far) fantastic year of gaming.

Tom Clancy’s Ghost Recon: Wildlands is available on PS4, Xbox One and PC. We reviewed the PS4 version.