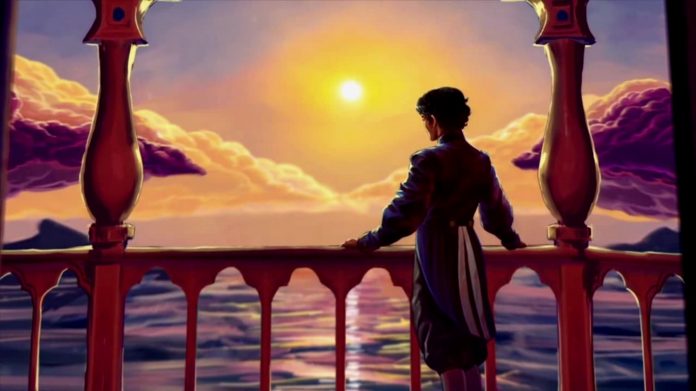 Herald is an interactive story. It’s a game that functions like an elegant choose-your-own-adventure book; one that is as fully packed with detail as a 19th century novel. It’s a real feast for those who love the genre.

The story of Herald finds you aboard a journey that is rich in detail. Set in an alternate colonial era, you find yourself playing as an orphaned boy on a ship bound for Indigo – your native land. Starting off as a young sailor, the game engages you in a story that envelops yourself, the ship and the known world.

The universe created in Herald is fantastic. Having diverged from the real world sometime after the English civil war, the world the game inhabits is one of a Lord Protector. While everything feels reminiscent of a true colonial past, this universe still is markedly different. It is an odd achievement that Herald is able to capture the tone and ambience of a new world adventure whilst removing the English monarchy. It’s ingenious storytelling that manages to make the game much more compelling.

The Herald, the eponymous ship that transports you on your journey, is brim full of objects and scenery that you can interact with. When it isn’t furthering the plot, it often quite cleverly fills you in about the world you’re inhabiting. I found exploring the ship and other areas more fun than a typical point and click game thanks to the clear focus on tone and setting. Much of my time with Herald was spent reading through each wonderful description of every object, area or character. I’m a real sucker for an alternate history, especially one with so much detail, and this is certainly where the game shines. It’s easy to get lost in everything the game wants to show you, and when it’s this fascinating, that’s no bad thing. 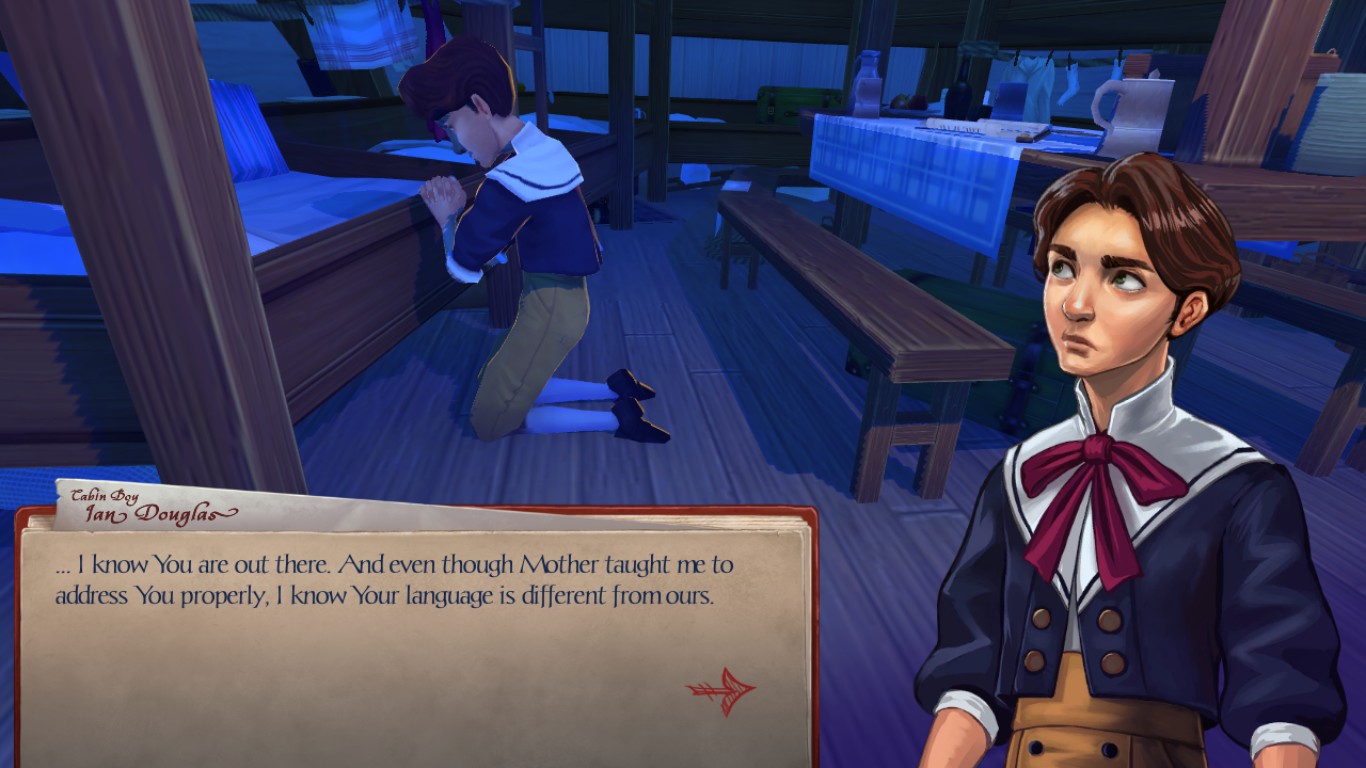 The story itself is mysterious and interesting. While at first it seems fairly simple, there are forces at work in the background, with secrets building up to create tension as you progress. You can influence the story to some degree, but the optimal outcome always felt fairly obvious to me – not that that’s too much of a bad thing, mind. It just means you can play a different character the next time round and do things completely differently – it’s always fun being the bastard in a second playthrough.

Despite its fairly basic graphics, Herald employs a fantastic use of colour that really brings the world to life. The game feels beautiful even though from a technical perspective, its visuals are average at best. The animations definitely help in this regard as they all look really polished for a game that doesn’t break the bank.

Although the soundtrack was wonderfully scored and does a fantastic job of highlighting the ambience of Herald, the quality of the voiceovers lacked in comparison. While no individual line was particularly badly acted, the delivery felt inconsistent. It’s certainly no dealbreaker though as the only mentionable flaw in an otherwise flawless experience.

Sure, it can be a fairly short experience, but providing you engage with it in the way the game intends you to, Herald is a fantastic experience. Its deeply colourful world full of classic mystery and adventure is an absolute must for any fan of interactive storytelling to explore.

Herald is available on PC.