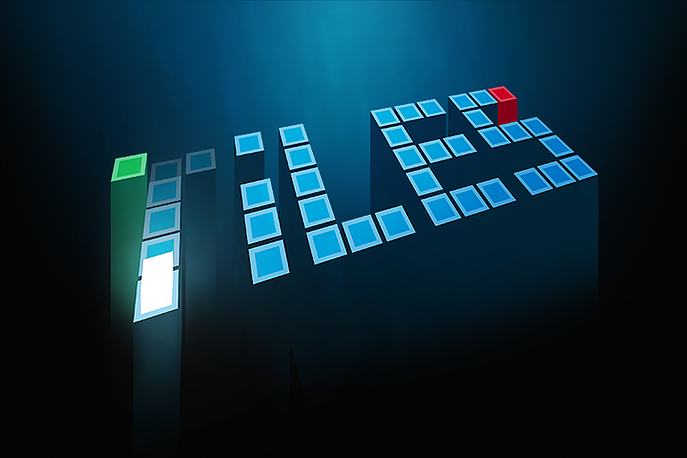 To look at, Tiles is undoubtedly one of the simplest games I’ve ever seen. But to play it, it’s incredibly difficult – and all the better for it.

Created by Romans I XVI Gaming, Tiles is basically a simple puzzle game made up of blocks – er, sorry, tiles: you start on one tile, and have to make your way across a laid-out path to reach the end tile. Incredibly simple. Sure is, until you throw in disappearing tiles, overlapping paths you’ll need to take more than once, flashing tiles and the fact you’re racing against the clock. Oh, and if you’re a bit too press-happy on your arrow key, you’ll fly right off the edge of the path and have to start all over again. 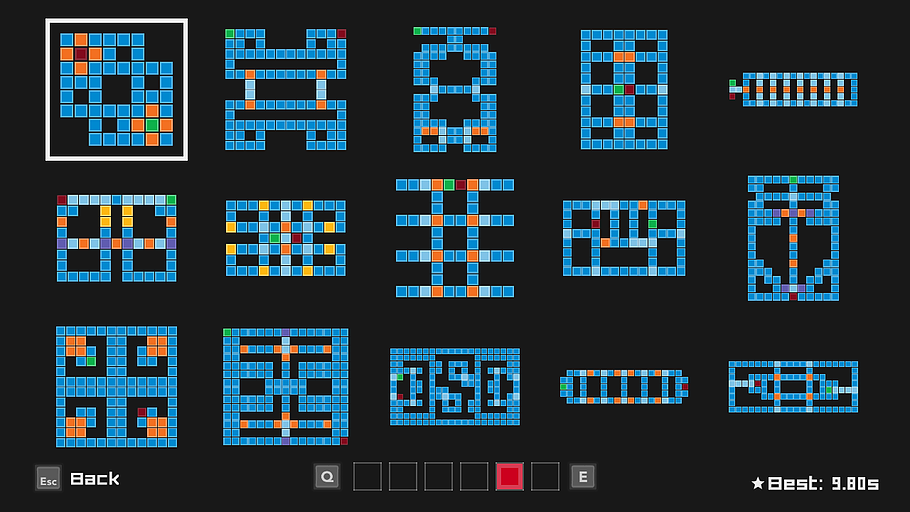 There’s 90 built-in levels altogether, and I made it to about level 5 before I was already struggling to figure out a solution. The clincher is that the game gives you no instructions. Initially this seems like a bit of an annoyance, but it’ll take the whole of two minutes before you figure out what you’ve got to do. The joy of the game is in learning what each tile does – they’re handily colour-coded: for instance, light blue ones disappear after you’ve stepped on them once; dark blue tiles disappear after you’ve stepped on them twice; orange tiles flash, and so on. It’ll take a few trial and error attempts until you figure out each new tile’s rule, and later levels will require a lot of forward planning else you’re going to be dying a lot.

If you’re some kind of genius, you’ll whizz through all 90 levels of Tiles very quickly. Fear not: there’s also a level creation tool, and the ability to share and play other user’s levels online. Essentially there’s unlimited play here as user levels are only hampered by a player’s imagination – and how much of a bastard they feel like being.

Feel free to mock me for how terrible I am at this game:

Even better, there’s also a local co-op mode, so using the same keyboard (Player 1 using WASD and Player 2 using the arrow keys) you can race each other to see who can complete each level the quickest.

Oh, and did I mention that it’s only $3.99 to buy? That’s a lot of awesome puzzling for the price of a large coffee. Tiles might not be much to look at, but there’s an awful lot of ingenuity hidden underneath its simple exterior.

Tiles is available on PC and Mac via Steam.